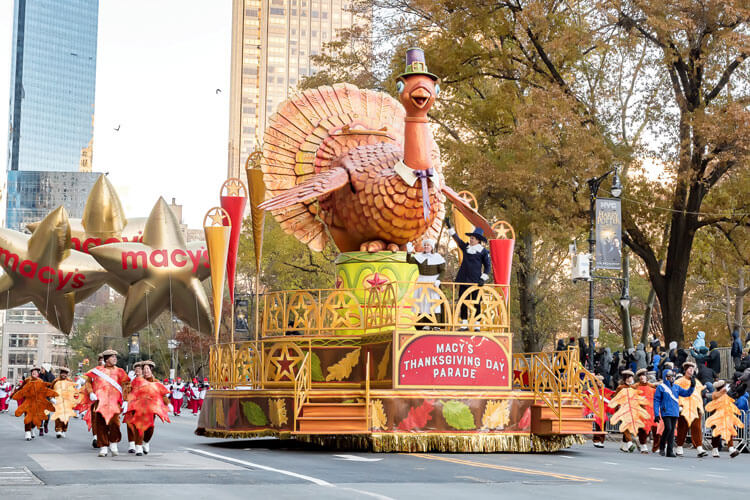 Well if you didn’t think the Macy’s Annual Thanksgiving Day parade could get any cooler, it just did. Verizon has partnered with NBC to officially bring their 5G network into the parade by making the annual event an “augmented reality and hologram experience,” Verizon announced Monday.

This first-ever experience from Bryant Park will transport viewers to Herald Square through a 360-livestream view that will include virtual balloons and holographic celebrity appearances, according to a press release from Verizon.  This experience will allow people to control how they see the balloons, floats and performers at the parade and puts viewers in driver’s seat for this unique experience unlike anything anyone has ever experienced before. There will also be information that appears alongside the actual, physical parade floats and performers.

It’s made possible by Verizon’s 5G Ultra Wideband network. Verizon has put a lot of focus on bringing 5G to public spaces- like stadiums, parks, indoor arenas and business centers.

Parade hosts, Terry Crews and Lilly Singh, will broadcast live from Central Park South where the Verizon Up ticket holders will have VIP access to the parade. At center stage from Bryant Park, will be Christian Acosta and Natassja Bolivar. Ross Matthews, TV personality and best-selling author, will steer the 360 Roving Camera inside the parade giving viewers a new and never-before-seen perspective.

“Together with NBC and Macy’s, we’re able to demonstrate how the power of Verizon 5G will help to reimagine one of the biggest cultural moments of the year,” said John Nitti, Chief Media Officer for Verizon. “We’ve been creating innovative viewing experiences since we launched the first-ever Macy’s Parade 360 livestream three years ago and now our 5G Portal will put viewers at the center of the action and allow them to be part of the parade like never before.”

Susan Tercero, Executive Producer of the Macy’s Thanksgiving Day Parade said, “We are thrilled that our partnership with NBC and Verizon will bring fans closer to the magic of the Parade this Thanksgiving. The new 5G experience, immersive AR-powered 360 livestream and holographic effects will add a new level of innovation to the spectacle, giving fans more ways to enjoy this beloved annual tradition.”

“Macy’s Thanksgiving Day Parade is an institution that continues to bring families together across generations, and with new technologies like 5G, we’re able to introduce audiences of all ages to new ways to catch the action wherever they are,” said Mark Marshall, President, Advertising Sales and Partnerships at NBCUniversal. “We’re thrilled to be partnering with Verizon for the 4th year in a row to give fans on 6th Avenue and at home a fresh perspective on a beloved annual tradition.”

As we all gear up for Thanksgiving Day, make sure to put this spectacle on your calendar to watch. Viewers can watch the 5G revolutionized parade experience from the 360 livestream through Verizon Media, XBOX, and NBC.com. You can also tune into YouTube at 8:30 AM ET for the 360 Livestream pre-show and the full parade starting at 9:00 AM ET.