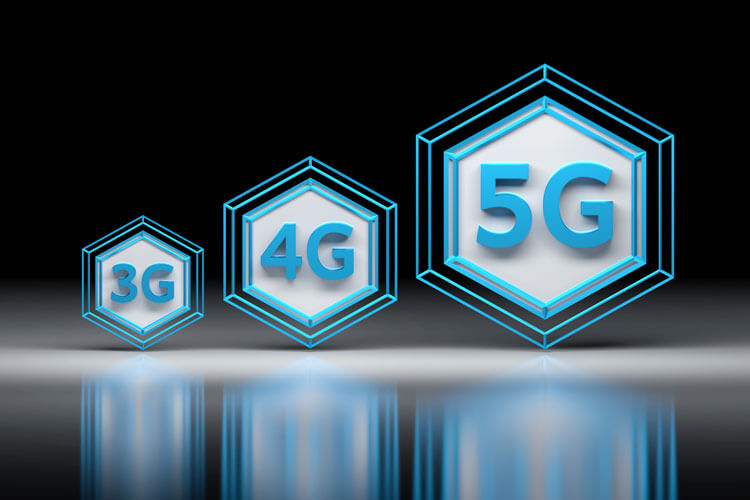 The early days of 5G have been heavily focused on densely populated areas in urban markets using the mmWave spectrum. The mmWave technology delivers high-data speeds capable of hosting a lot of users, but just for short distances. The high-band spectrum mmWave technology uses packs a lot of punch but doesn’t go very far. Because of this, carriers are all anxiously awaiting to deploy their 5G networks in the mid-band and low-band spectrum because those bands will allow for more coverage, an increase in speeds and capacity, while also delivering the low latency 5G is praised for.

Not all operators have real estate on the low and mid-band spectrum and are waiting for the next auction of the mid-band spectrum (the 3.5 GHz CBRS spectrum auction) which will take place in June 2020. Because carriers are in a holding pattern until the auction happens, they’re using their existing 3G spectrum in the 800 MHz and 950 MHz bands for 4G LTE, which will eventually be used for their 5G networks.

In 2018, Verizon noted in a filing with the SEC that they were reframing their 3G bands for LTE. They had hoped to “sunset” their 3G network by the end of the year, but recently announced they’d wait until December of 2020 so it would give any customers still using 3G time to migrate over to newer technology. AT&T echoed the same thing in its December 2018 filing to the SEC noting they were thinking of using their 3G spectrum for upgrading their networks. AT&T has 11% of its postpaid customer base still using 3G and plans to sunset their 3G network by 2022.

Other major carriers, like T-Mobile and Sprint haven’t been as open about their 3G plans. Sprint has 100 MHz of 2.5 GHz EBS and BRS spectrum in the top 100 markets. However, Sprint isn’t feeling the pressure to re-use their 3G spectrum for network upgrades. Due to the pending merger with Sprint, T-Mobile is likely waiting until the finalized deal before they announce their 3G network plans.

In the recent 2019 Mobile Economy North America 2019 report by GSMA Intelligence, it’s estimated that 17% or 47.3 million U.S. subscribers are still using 3G networks. In Cisco’s Mobile VNI report from 2017, they estimated that about 20.5% of U.S. connections were on 3G networks. This means there’s about 47.3 million U.S. wireless users experiencing max speeds of 3.1 Mbps and still using circuit-switched voice services.

A lot of these 3G users are customers of MVNOs. For example, GoSmart Mobile got their start as a 3G-only MVNO but does offer some free 4G LTE data if users want to check social networks like Facebook. GoSmart Mobile uses T-Mobile’s 3G network according to Jeff Moore, founder of Wave7 Research. According to their website, GoSmart Mobile is promoting plans that start at $15/mo. with 250 Mb of 3G data. América Móvil owns TracFone Wireless, which GoSmart is a part of, and when TracFone purchased GoSmart in 2016 they had about 300,000 customers.

GoSmart isn’t the only MVNO offering 3G service, Ting Mobile notes it has service on HSPA, CDMA, GSM and LTE. Another TracFone brand, Net10, still has devices that run on 3G networks.

Lifeline, an FCC program designed to provide cell services for low-income customers, likely still has customers using 3G networks. The way the program works, is it provides a discounted monthly cell service from participating carriers that must provide a minimum of 3G data speeds to customers. A lot of providers that participate in Lifeline are MVNOs, for example Assurance Wireless, which is a part of Sprint’s Virgin Mobile brand. It’s worth noting Sprint did recently get into some hot water with the FCC for falsely collecting government subsidies for 885,000 Lifeline customers, despite those customers being inactive and not utilizing the Lifeline service.

There are 47.3 million customers using minimal data speeds and low-quality voice services on 3G networks across the U.S. right now. It would be in the major carriers and their MVNOs best interest to migrate those customers over to LTE networks due to all the buzz around 5G.