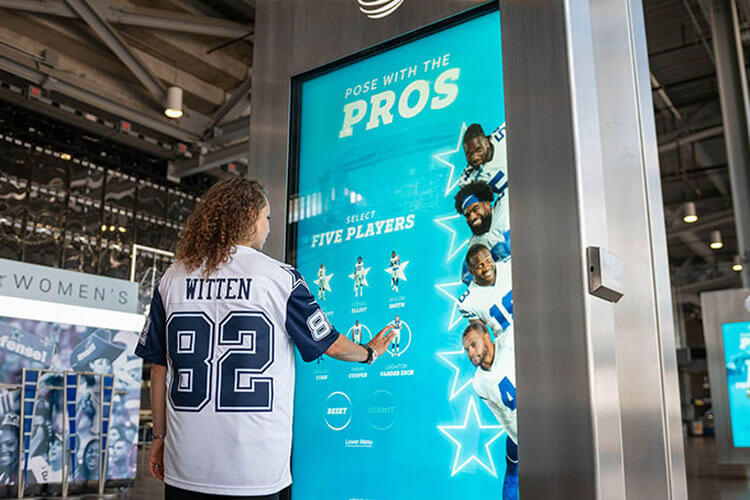 Sports are quickly becoming one of the ways providers are showing the power of 5G and showing off the next generation of wireless connectivity.

As major telecommunication players like AT&T, Verizon and T-Mobile continue to deploy their 5G coverage, they continue to use sports venues as the best place to demonstrate their new technology before it comes mainstream.

Verizon has counted three NBA arenas in its list of deployments: Talking Stick Resort Arena in Phoenix, Chase Center in San Francisco, and the Pepsi Center in Denver. New York’s famous Madison Square Garden will be a part of the coming expansion, which will also be a part of Verizon’s 5G network in 10 NBA arenas throughout the season.

5G is a huge breakthrough in wireless technology because of its high-bandwidth and low latency. Networks promise sports fans better network accessibility in stadiums, which are usually jampacked with devices all trying to connect to a network, causing a disruption and delay in service- no doubt a huge frustration. The improved service will provide information and videos in stadiums that haven’t been doable before.

“When you go to a game, there is still a lot of downtime; this is just another layer of entertainment,” said Heidi Hemmer, Verizon vice president of technology.

Verizon has been key at Sacramento’s Golden 1 Center, which has been a leader in technological advancements at sports venues. Sacramento Kings CTO, Ryan Montonya, said the Verizon team will continue to roll out its “first-of-its-kind” 5G experiments.  For example, its initial test of a live feed of a game in virtual reality.

“[Sports is] the ultimate platform,” Montoya said of sports demonstrating 5G. “Any given night you have 17,000 people in a dense space all interacting with these computers that fit in their pocket. Where else do you have that density?”

AT&T deployed its 5G network ahead of the 2020 NBA All-Star Game within Chicago’s United Center. In addition, AT&T also showed off their 5G network at the NBA Tip Off in Los Angeles in October 2019 that gave fans volumetric 3D and VR experiences featuring Candace Parker.

“We’re connecting fans with their passions and putting them in the center of the action by using our 5G at sporting events,” said David Christopher, AT&T Mobility executive vice president and general manager. “Through growing our relationship with the NBA and WNBA, we continue to enhance the game-day experience for fans no matter where they are by using our 5G network.”

AT&T also pushed out 5G at the NBA Summer League and kicked off the NFL season with 5G coverage at the AT&T Stadium in Dallas. This included giant virtual players and lots of photo opportunities, a 3D video of a user celebrating with their favorite players and live game data. AT&T will continue to bring new experiences to life using 5G technology, especially in sports.

“5G will be a powerful tool to enhance the fan experience in sports, which we saw firsthand in Las Vegas this summer,” Kelly King, Executive VP of AT&T Mobility, said. “That’s why we’re unlocking the potential of 5G to reinvent what fans expect on game day and how they interact with their passions.”

Through its partnership with the NFL, Verizon is working quickly to expand its 5G coverage in sports venues. They’re currently live in 13 stadiums and expect to expand to 30 by the end of the year. In addition to three NBA arenas and 13 NFL stadiums, Verizon is also available in 15 cities for mobile users.

Hemmer noted that Verizon’s 5G deployment is different than that of previous generations, because it could be done using existing antennas and cell towers. Because 5G is so different, it’s a true project and has to be deployed through small cells because the 5G small-wave spectrum doesn’t travel far. Hemmer said, “It’s perfectly suited for dense urban areas or contained areas like sports venues.”

As telecom companies work to expand their 5G networks, its likely they’ll continue to use sports venues as prime examples of how great 5G is. “The most exciting use cases is the sports venue,” Hemmer said. “You can sit in an NFL stadium and watch your favorite team and livestream another game.” Hemmer said whether its giving fans real-time stats or providing a VR experience, sports use cases of 5G will help show what the technology can do for other industries.

Because 5G is still so new, Montoya said a lot of the possibilities are still unknown and that’s why these experiments are so crucial. “We are testing these next generations of applications to figure out how to use these products when it’s available everywhere,” he said. “It’s not only testing, but it’s also creating. First, there was dial-up and it limited the websites you could see. Then broadband made all these things possible, Facebook, Twitter, YouTube.”

He also went on to say, “Once you have this level of connectivity it increases new platforms, new applications and new ways for the consumer to utilize it. The bottom line is new things become possible.”

5G is currently limited by consumer devices, as 5G capable phones aren’t as widespread yet and only a handful of devices with 5G capabilities are currently available. Verizon is currently leading the charge with the most 5G capable devices. Hemmer said consumers will gradually move to Verizon and they’ll continue to work with vendors, infrastructure and app developers to grow and expand the Verizon 5G network. The Verizon 5G network is expected to cover 50% of the U.S. population by 2020, according to Hemmer.

“I’ve been around since the 3G deployment – people recognize how quick it’s moving,” she said. “It’s moving more quickly than 3G and 4G, despite being a large construction project. We know people are hungry for it and the use cases and 5G will have a much bigger play in enterprise space because of the opportunities with automated factories, supply chains, and autonomous vehicles.”