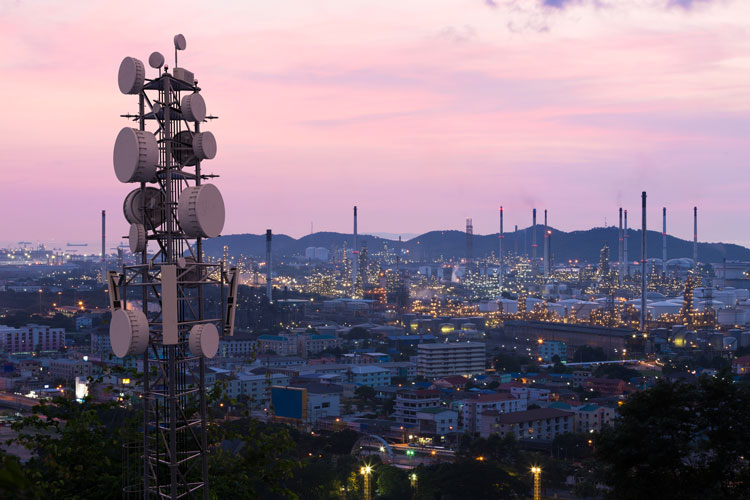 As more and more Americans found themselves at home for work, school, and well, everything else this year, wireless companies have found themselves scrambling for spectrum to handle the extra demand. The increase in data is pushing networks and their capabilities but DISH Network has become a solution for some. After years of purchasing spectrum and quietly holding it, DISH Network has made waves this year by entering the wireless industry all while beginning to build out its 5G network. It has also found a use for its spectrum: leasing.

The satellite TV experts were able to purchase Boost Mobile as a result of the merger between T-Mobile and Sprint. This merger was long-awaited and came with many different stipulations. One of which that was involved was DISH and T-Mobile reaching an agreement on a longer lease for DISH’s 600 MHz spectrum, but no such deal was reached. This caused the Department of Justice (DoJ) to step in and ensure that the terms are followed. The move makes sense as it was stipulated beforehand, however, this triggers the FCC’s spectrum screen, and there are now concerns that Verizon can use this to limit T-Mobile this December during the C-band auction.

The spectrum screen helps measure the secondary market and was designed by the FCC to prevent a monopoly on the airwaves we all use. Verizon has mentioned the spectrum screen before due to a separate 600 MHz leasing deal with T-Mobile and Columbia Capital earlier in 2020. T-Mobile is known for having a sizable amount of both low-band and mid-band spectrum, in part due to its merger with Sprint. This is the same spectrum that was once contested when it belonged to Sprint by Verizon due to it not being included in the spectrum screen in 2014. T-Mobile continues to expand its 5G network through its efforts of launching thousands of sites throughout the U.S. to support its mid-band spectrum and was the first to claim a nationwide standalone (SA) 5G network in the country.

Because neither company nor government entities are releasing the details of the deal at this time, we can only speculate, but analysts believe that the cost to T-Mobile to DISH Network will be less than $100 million a year. Money DISH can use as it continues its course to build out its nationwide 5G network. This lease, however, will not require T-Mobile to await DISH completing its 5G network and will allow the company to take advantage of this spectrum immediately, despite the spectrum screen showing that T-Mobile will likely exceed it in many markets.

Though the debate may continue, the spectrum screen doesn’t measure the competitiveness in a given market and the lease in question is only for 30% of the population and contains only two of the top ten markets in the country and only seven markets in the top 20. This will surely raise the stakes to come this December as Verizon was already expecting to bid heavy and earn a decent amount of spectrum. Combining these factors and the extensions received by the FCC for DISH to expand its 5G network to 75% of the population by June 14, 2025, instead of in 2023, the 5G landscape continues to evolve. AT&T notably was absent for the auction this summer with many believing the December bids will come in strong from the telecom giant. Exceeding the spectrum screen or not, it would appear that the competition for 5G spectrum is indeed heating up.