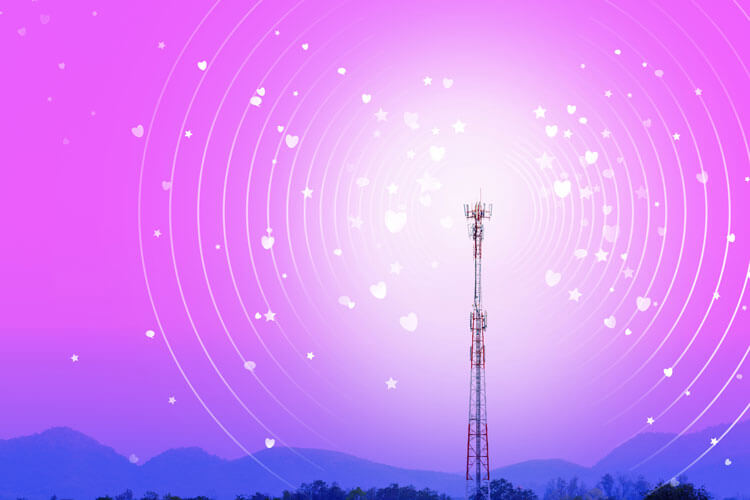 DISH Network owns the majority of the 12.2-12.7 GHz spectrum, but it’s the second largest holder of the spectrum that’s in discussions with the FCC about asking the U.S. to open 500 megahertz of mid-band spectrum for 5G.

The 12 GHz spectrum hasn’t always been considered mid-band spectrum. As operators started using millimeter waves, or mmWaves, or also high-band spectrum for 5G, the definition of mid-band has shifted in recent years. The government has referred to it as mid-band spectrum, so calling it mid-band isn’t that far out of reach, according to the founder of RS Access, Noah Campbell, which holds about 15% of the spectrum.

Campbell went to visit the Federal Communications Commission (FCC) in October of 2019 and met with FCC Wireless Communications staff at Mobile World Congress Los Angeles to discuss the 5G opportunity for 12 GHz.

In October of 2019, Campbell and his team met with the Federal Communications Commission (FCC) and met with the FCC Wireless Communications staff at Mobile World Congress Los Angeles to further discuss the 5G opportunity within 12 GHz. Campbell told Fierce Wireless, ““I think this could be the next iteration of the C-band, but in a lot of ways, it’s a lot easier.” There are only a handful of stakeholders and terrestrial licenses that are already there.

A little background for how RS Access got property on the spectrum. RS Access acquired real estate of the 12 GHz spectrum from their relationship with MSD Capital. MSD Capital is a private investment firm that’s been around since 1998, and managed the assets for Dell Technologies’ CEO, Michael Dell and his family. RS Access is backed by MSD Capital, who entered in with a spectrum lease and related asset purchase agreement with MDS America in 2018. MDS America, who has no relation to MSD Capital, acquired 80 licenses about 2004-2005.

According to Campbell, RS Access has deployed 300 links across 60 active markets and has a wide variety of customers.

RS Access is currently lobbying for rule changes that would allow for two-way communications within the band. The DISH-led MVDDS Coalition that represents multichannel video and data distribution services (MVDDS) stakeholders filed a petition in 2016 to get the FCC to create rules that would allow the licensees to utilize their holdings on the spectrum for 5G.

DISH is set to become the fourth wireless carrier when the Sprint and T-Mobile merger becomes finalized. As part of that deal, DISH said they would not sell its AWS-4 or 600 MHz spectrum holdings under specific conditions and will receive 14 MHz of Sprint’s nationwide 800 MHz spectrum.

Some analysts from New Street Research published a report noting a reformed 12 GHz band is a great candidate for 5G in the U.S., but the 12 GHz blueprint is all dependent on DISH’s plans for 12 GHz terrestrial licenses, since they are the main MVDDS licensee.

Other stakeholders in the band aren’t all on board, including AT&T for its DirecTV customers. They’ve argued that there would be significant harm to Direct Broadband Spectrum (DBS) service if the MVDDS Coalition’s efforts to get mobile, two-way operations in the band were successful- which the MVDDS community says is not true. Satellite companies are also not in favor of these changes either.

During a meeting with FCC Commissioner, Geoffrey Starks in October, OneWeb, conveyed the importance of the 12.2-12.7 GHz band to specific satellite operators, noting that the 12 GHz band is allotted to NGSO FSS operations on a co-primary basis and its imperative for the facilitation of next generation NGSO-based connectivity services and applications to U.S. consumers.

OneWeb and other NGSO operators have already started construction network infrastructures that will use the 12 GHz band in addition to launching satellites. These operators believe quite the opposite of licenses of MVDDS who say they say, “continue to camouflage their failure to utilize the 12 GHz band in hopes of successfully reaping a spectrum windfall.”

RS Access believes that the band expansion for 12 GHz and MVDDS licensees can be done without harming other operations that have status in the band. Intelligent network management principles, including the use of a Spectrum Access System (SAS) comparable to those used in the Citizens Broadband Radio Service (CBRD) band could be used for the 12 GHz band.

RS Access notes that the 12 GHz band is the only frequency below 24 GHz that has the large bandwidth wireless companies need to deliver the much-anticipated 5G performance. This spectrum would be vital to deliver smarter cities, revolutionize industrial sectors and deliver better performance and capabilities to businesses and consumers.

As it stands, the current challenge for the FCC is how to release C-band spectrum for 5G and to find mid-band spectrum and to find it quickly. The 12 GHz band may be the solution, but we’ll have to wait and see.