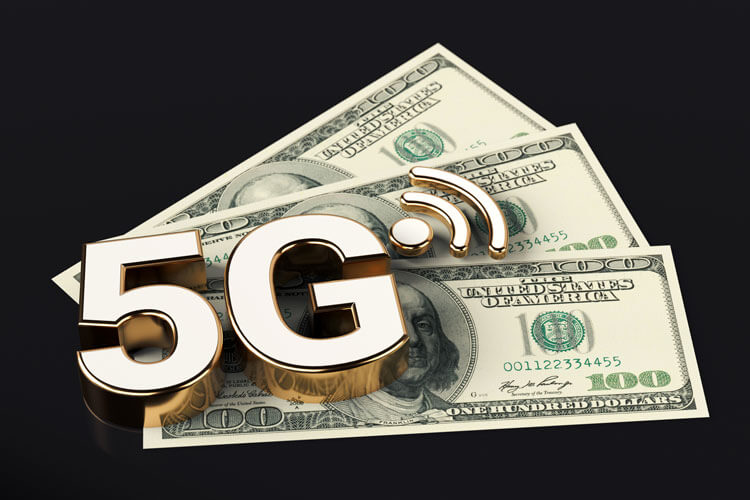 Where there is an opportunity for businesses to grow and make money, there is drama to be had. There’s no shortage of it in the wireless community surrounding 5G and the C-band. If you’re not huge into tech news and 5G doesn’t mean much to you, you may want to pay attention because 5G is the next big thing to hit the world and will change the way you to connect to the world around you.

President Donald Trump’s “America First” policy is a catch-22 and the latest $50 billion transnational fight is one to watch, because the outcome has some pretty big implications for the U.S. in the global race to 5G.

In order for wireless carriers to implement their 5G networks, they need access to unused waves on the spectrum in which our wireless technology is built on. 5G uses a multi-band strategy that employs the high-band spectrum, which is where a lot of the power of 5G sits. In order for this multi-band strategy to work, the Federal Communications Commission (FCC) has been working to free up the real estate on the spectrum currently being used by other institutions, so wireless carriers can repurpose it for their 5G networks- a huge priority for the Trump Administration. All the U.S. carriers like AT&T, Verizon, Sprint, T-Mobile and Dish Network all want a piece of the spectrum, and that is where the drama lies.

Why all the buzz about 5G? 5G is twenty times faster than our current 4G networks and will power things like autonomous cars and the ability to download huge files, like an HD version of your favorite TV show- in seconds.

This hasn’t been a smooth process and there’s been some definite bumps along the way. The National Oceanic and Atmosphere Administration (NOAA) and the National Aeronautics and Space Administration (NASA) raised concerns over a specific piece of the spectrum being auctioned by the FCC that could possibly interfere with their weather sensors and ability to forecast hurricanes. This is obviously quite a big deal.

The piece of the spectrum that seems to be at the center of the 5G drama is the C-band. Wireless carriers are anxious to get a piece of that spectrum because it’s in the 3.47-4.2 GHz frequency range, which is ideal for 5G. Waves that operate on the high-band spectrum are powerful, but they don’t travel far. The C-band frequencies can carry large amounts of data and travel far- a very important component to a 5G network buildout.

Here’s where it gets a bit more convoluted, and a where the C-Band Alliance (CBA) steps in. Telesat of Ottawa owns a part of the C-band rights and two Luxembourg-based companies, Intelsat SA and SES SA, control the highly-desirable C-band. The companies use their satellites to beam TV shows to U.S. homes. These three companies together make up the CBA.

The CBA isn’t a tough crowd though and they’re willing to sell. New Street Research estimates the C-band auction could raise $50 billion or more, making it one of the biggest spectrum auctions in history.

The big question: who gets the money? The CBA? The U.S. Treasury? The assets do belong to the U.S. after all.

The CBA has argued that the process would go much faster if they themselves ran a private auction. Some in the U.S. see this as an important geopolitical race against China to a 5G buildout and want to see a quick auction. An important figure in all of this, FCC Chair Ajit Pai, is learning towards the CBA plan. Pai has some controversy tacked to his name due to the repeal of net neutrality and his backing of the T-Mobile and Sprint merger. Commissioner Michael O’Rielly, has backed the CBA run auction saying, “In the grand scheme of things, if it is a contest between speed and the government trying to extract a significant piece of the transaction through a lengthy process, I’ll take the speedy resolution.”

The downside to a CBA run auction would be that the U.S. would only collect a portion of the auction proceeds, and the CBA would take the rest. Senator John Kennedy (R-LA) argued against it, saying, “They’re thinking about giving our spectrum to three foreign companies and letting them keep the $60 billion,” during a speech on the senate floor, “talk about swampy.” Kennedy believes that the funds from the auction should go back to the American taxpayer, but this is where the “America First” catch-22 lies.

To put America first, is it better to hold a quick auction or to wait for a more profitable one?

Kennedy is pushing for a FCC run auction, however his gallant effort to bring money back to the American taxpayer has been somewhat lost on some people by saying that the proceeds of the auction “would solve all of the president’s [border] wall problems.”

After a rally in Kennedy’s home state for Republican candidate Eddie Rispone, it seems the FCC may think differently. On Monday, Pai tweeted that he supports a public auction because it would “afford all parties a fair opportunity to compete for this 5G spectrum,” limiting any legal actions that a private auction could result in.

If you’re team CBA, this is seemingly bad news. Intelsat, who is heavily indebted, would suffer the most because the company’s stock as dropped more than 50% this week, while SES has dropped 24%. U.S. wireless carriers want to get access to the c-band as soon as they can and have a bigger input over the whole process. Verizon has been particularly focused on a very specific millimeter wave spectrum.

The race to 5G is no easy feat and hasn’t come without any drama- or expensive $50 billion price tag. It’s a developing story you’ll want to pay attention to without a doubt.