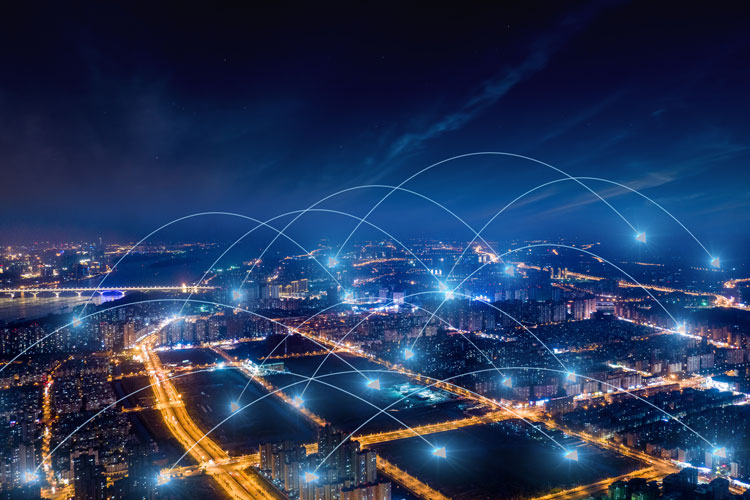 As 2020 is quickly approaching, T-Mobile and Sprint have continued to move forward with championing their merger into one, “New T-Mobile” wireless carrier company. DISH Network has been working tirelessly in the background to build out their standalone 5G network and emerge as the fourth wireless carrier company, pending the merger goes through. While not much has been divulged on DISH’s side, Charlie Ergen has been confident in his company’s ability to successfully implement this massive undertaking, that is building a 5G network.

Though not much has been released, we can speculate where DISH will start their 5G buildout first. It’s likely they’ll start in Houston, New Orleans, Atlanta, Kansas City and Miami, and possibly Memphis and Dallas after that. Why those cities? Based on the details of the T-Mobile and Sprint merger, DISH will take over the Boost Mobile and Virgin Mobile prepaid business. Based on data from Tutela Technologies, the cities listed above have large numbers of active Boost and Virgin customers in addition to large numbers of cell sites owned by Sprint or T-Mobile.

Chris Mills, head of industry analysis at Tutela Technologies, said DISH’s 5G buildout is “not just feasible, but something that can be achieved quicker than we might imagine for a greenfield 5G deployment.”

Here are some cities based on the Tutela Data of where DISH will build out their 5G network first.

Before DISH can actually build out their 5G network, they need the merger with Sprint and T-Mobile to officially close. If and when the merger does go through, DISH will acquire Sprint’s 9.3 million prepaid (Virgin and Boost) customers and initially manage those customers as T-Mobile MVNO. In addition, DISH will also be able to purchase 20,000 cell sites that T-Mobile and Sprint plan to decommission as part of their plans to combine networks.

DISH has promised both the FCC and Department of Justice that they’ll build a 5G network capable of covering at least 70% of the U.S. population by 2023 through 15,000 5G sites.

The data has been helpful to shed some light on where DISH might start first. Tutela has insight into about 250 million phones because Android and iOS app developers put their software into their apps

Tutela has insight into about 250 million Android and iPhones due to software put into their apps by app developers, that allows the software to run in the background after a user downloads them. Tutela then collects the data and then sells it and splits any profits with participating app developers. Fear not, your personal information is still safe with you. The data sold does NOT include any information that would allow a user to be identified by their device, including an email address, IDFA, AAI, device ID, or IP address.

Tutela agreed with Light Reading to take a look at the data to figure out where DISH would start building their 5G network. To find that out, they looked at two key data points which are discussed in detail below.

#2: Cell site density for the combined T-Mobile and Sprint network

The data displayed by Tutela is an important indicator to where DISH will start their 5G buildout first. The best possible scenario, is that the Virgin and Boost customers DISH acquires are grouped in bigger cities, rather than spread across the country. This is especially important because DISH plans to acquire those customers by acting as a T-Mobile MVNO- which includes DISH paying T-Mobile for the use of their network and then billing the customers as DISH rather than T-Mobile. DISH’s goal is to move those customers over from T-Mobile to their network, so they can remove the MVNO payments they’ll be making to T-Mobile. Most Virgin and Boost mobile customers live in just a handful of big cities, so it’s set to be a fairly straight forward process.

Another important thing to note, these cities also match up with towers that T-Mobile and Sprint are likely to sell. Because DISH is starting their wireless company from basically nothing, they’ll have to purchase huge amounts of wireless equipment like antennas, in addition to space for their equipment on the cell towers. If DISH can get access to those unwanted cell towers, it will give them a proper head start. Tutela notes there’s an important overlap between those possible decommissioned cell towers and the number of Virgin and Boost customers who will need coverage.

All of this to say, Tutela’s data is merely just viewed as a possible starting point for DISH’s wireless network, and not actual facts. The 5G network builds can go through an array of problems, but regardless DISH will need to figure out how to build their 5G network or face expensive consequences in 2023. Until the outcome of the merger for Sprint and T-Mobile is decided in December of 2019, we’ll all just be sitting idly by waiting for the fate of DISH’s 5G network to be determined.