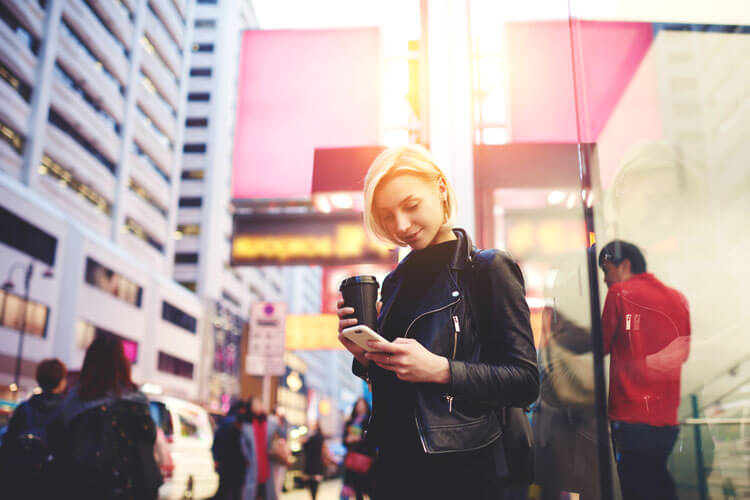 On Tuesday, Verizon became the second wireless carrier to offer 5G mobile service in Houston, Texas through its 5G Ultra Wideband network. It’s only available in a handful of locations throughout the city, but it’s exciting none the less! Verizon began selling 5G broadband services as home internet in October of 2018 in Houston, but it’s now expanded into smartphone and mobile hotspot use.

Verizon utilizes mmWave technology for their 5G network, which means they’ll need small cell towers to transmit the signal used for 5G. While the mmWave technology provides the power behind 5G, it cannot travel far distances, which is why you’ll see 5G rollouts in more densely populated neighborhoods before locations outside the city limits. Because small cells need to built pretty close to each other for proper 5G coverage, metro-areas are ideal for initial 5G launches.

5G has got everyone buzzing because 5G is far superior compared to its 4G predecessor. It has dramatically faster speeds with ultra-low latency. 5G is being hailed as the bringer of the “fourth industrial revolution” and has the potential to create new applications ranging from autonomous cars, telemedicine, to smart cities.

As mentioned above, part of Verizon’s 5G network is built on mmWave technology, which packs a big punch but the frequencies cannot travel far distances and can be easily interfered by trees, buildings, walls and other structures. Verizon did a test recently to show off their 5G capabilities in a parking lot on the corner of Fairdale and chimney Rock in southwest Houston.

The speed tests showed downloads of 1.7 Gbps, and upload speeds ranging from 12 Mbps to over 100 Mbps. Verizon’s Director of Network Performance, Guillero Salinas, downloaded ‘Shadow,” a 115-minute movie from Netflix in an impressive 5 seconds on a 5G-capable Android phone. To put this speed into perspective, according to Ookla, the national average download speed for 4G LTE networks is 33.88 Mbps.

Heidi Hemmer, Verizon’s VP of Network Technology recently said that Verizon has plans to expand their 5G footprint in Houston to include frequencies that can provide better blanketed 5G coverage and be able to better penetrate through barriers- a current carrier-wide 5G struggle. Hemmer also said, “Along with launching new cities, we’ll also be adding nodes in the cities where we’ve already launched,” she said. “We’ll soon be putting maps on our external websites that let you see where 5G is available.”

If you’re in Houston and have a 5G capable device, here’s a map of where there’s coverage available.

Don’t worry if you’re without a 5G capable device. Hemmer said that Verizon customers on 4G will see a boost in speeds because Verizon has improved their networks to handle 5G capacity. She said, “In our testing we’ve seen speeds as high as 400 Mbps on 4G.”

Salinas said Verizon “has the flexibility” to change the network speeds for speedier downloads where it makes sense. For example, a sporting even where people are wanting to share pictures or videos, Verizon has the ability to boost those network speeds. “You go to the Super Bowl to say ‘I was here’ and upload a photo, not to watch the game,” he said.

Houston is one of two other cities, Boston and Sioux Falls, getting Verizon’s mobile 5G coverage. Verizon currently boasts 18 U.S. cities with mobile 5G coverage and has plans to have more than 30 cities before 2019 is over.

If you’re wanting to jump on Verizon’s 5G network, you’ll need one of Verizon’s unlimited plans and a 5G capable device to do so. Verizon’s unlimited plans start at $35/mo., and if you’re on Verizon’s lowest cost plan, the Starter Unlimited, there is an additional fee of $10, however if you have a costlier plan that fee is waved. Here’s a list of all the 5G phones available, broken down by carrier. There are seven 5G phones available on Verizon, including handsets from Samsung, Motorola and LG.