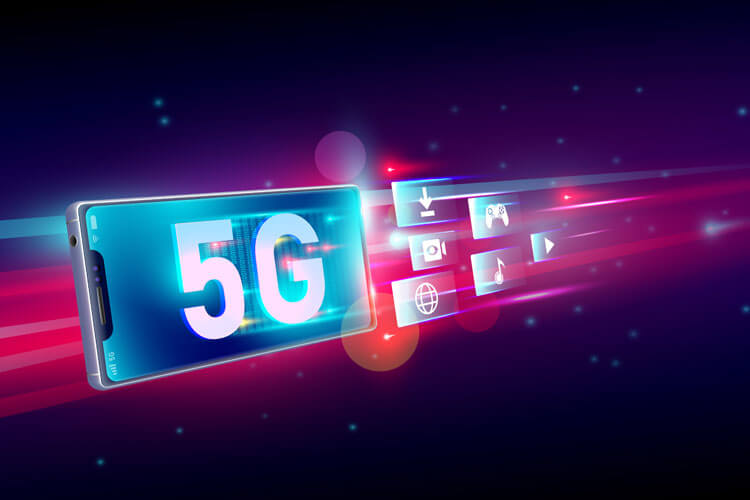 It’s likely you’ve heard about 5G or at least seen advertisements for the latest buzzword in technology but let us tell you a bit more about it. 5G is the fifth generation in wireless technology and is lightyears faster and more powerful than the 4G you use every day. We know that’s a bold statement, but we wouldn’t be saying it if it wasn’t true. So let’s discuss, is 5G really faster? (Short answer: yes, it is.)

First and foremost, 5G will not replace 4G or make it obsolete; both technologies will work together to create a seamless experience for all users in the foreseeable future. 5G is going to deliver Gbps speeds and an ultra-low latency that are currently unattainable on our current 4G network. According to Qualcomm, “5G will elevate the mobile network to not only interconnect people, but also interconnect and control machines, objects, and devices. It will deliver new levels of performance and efficiency that will empower new user experiences and connect new industries.”

Speed is the standard for wireless network performance and is usually measured by bits per second. As more data is moved, speeds are measured by kilobits, megabits, gigabits and terabits being the fastest.

5G is expected to deliver peak speeds under perfect conditions of rates up to 20 Gbps, while the theoretical peak speed for 4G LTE is 1 Gbps. That’s about twenty times faster than the best that 4G can do.

If you were trying to download a movie, it would take about 27 minutes on a 4G LTE network, and about 35 seconds on a 5G network. Most of the speeds are tested in the most perfect of conditions, but everyday consumers can experience average speeds of 1 Gbps, which is still worlds faster than what we had on 4G LTE!

Verizon, AT&T, Sprint and T-Mobile have been testing their 5G networks since 2018, with plans to rollout nationwide coverage starting in 2020. It will take carriers years to fully push out their 5G networks, but 2020 is when you’ll see a massive push by each.

As of April 2020, Sprint and T-Mobile completed their merger and have finally become one entity, under the T-Mobile brand, paving the way for DISH Network to be the fourth wireless carrier in the US.

As of right now, there is no news regarding DISH’s network speeds or plans, but DISH is required by law to have a 5G-capable network built to serve 70% of the U.S. by 2023 or face a hefty $2 billion fine.

While speed is undeniably a huge part of what makes 5G so amazing, the super-low latency is where the chatter really is. 5G’s low latency will usher in a new era of real-time applications, currently non-existent on our current 4G networks.

Latency is the response time it takes for a network to perform an action. An example could be when you’re playing a game and you’ve told your player to jump, the latency would be measured as the time it took from you clicking the jump button, to when your player actually jumps.

Each carrier is required to meet the 5G latency requirements in addition to the speed requirements. Each carrier is still fine-tuning each of their 5G networks as they rollout 5G coverage city by city so not only will the speeds and latency times improve, but more information regarding performance by network will be released.

Any way you slice it, 5G is going to be incredibly faster in every way than 4G has ever been or will be with its peak 20 Gbps speeds and one millisecond latency. As this technology makes its way into the mainstream of everyday consumers, it will only improve and get even better and more efficient. 5G is going to power new-world applications and services in addition to improving your everyday phone usage. Hurry up and wait though, the 5G rollout is expected to be slow and steady but will definitely be worth the wait.