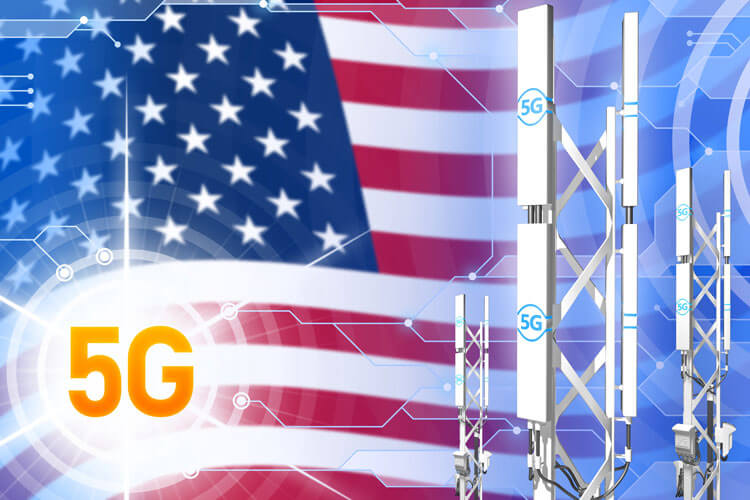 It’s no secret that with any new technology, there’s bound to be some fine tuning needed. 5G has promised to deliver revolutionary changes across the world and since debuting in 2020, it seems that the U.S. is a bit behind the curve in deployment.

AT&T, Verizon, T-Mobile and DISH have made big promises and debuted grand plans for 5G, however it seems they’re all lacking in the ability to deploy 5G networks that will be comparable to both the size and performance of their 4G LTE networks. DISH is forced to make up a ton of ground by building out their own network since they’re the newest player to the table as a result of the T-Mobile and Sprint merger.

It’s hard pill to swallow considering manufacturers are already debuting 5G phones as the latest and greatest in the smartphone market. Unfortunately, it looks like that customers who purchased a 5G capable phone will just see a better 4G LTE experience, unless they’re lucky enough to live in an area with blanketed 5G coverage- all the while costing a lot more than previous phones.

With all the chatter about 5G hitting the U.S. in 2020, and the grand debut being a little lackluster, where does the blame to go for this? While it may be easy to blame carriers or the FCC, the biggest barrier for 5G in the U.S. is actually the airwaves- there simply aren’t enough for everyone.

In a worldwide race to 5G dominance, America’s FCC hasn’t been aggressively consolidating or high-band frequency spectrum for our nation’s cellular carriers. Instead, they’ve been banking on advancement on edge computing, network efficiency, AI and other core network technologies that would grant carriers the ability to do more, without needing more spectrum. Obviously, this hasn’t been the case.

The networks are already congested across the country and some markets like in rural America are vastly underserved even after 10 years of 4G development.  Many point the finger at carriers due to the lack of investment in some of the U.S.’s most congested markets. They would need to increase backhaul capacity, increase the number of small cells and create better usage of the unlicensed spectrum- just to name a few things. However, when consumers ask for more data, the unanimous answer across the board is that 5G is the solution to our problems.

The biggest promise 5G is said to deliver is speed. Carriers face the big challenge of transferring the mass amounts of data that consumers are sending and receiving. Things like AR/VR, video streaming and online gaming and it’s only expected to grow over the next few years. The solution to this, is to have a network that has a high output capacity (high-band frequency) to transmit all of that data, freeing up the lower band frequencies for other data transmissions. Sounds great right? The issue though is that carriers would need an uninterrupted spectrum to do this. As it currently stands, there is no available spectrum in the U.S. that would meet these demands- unless you’re Sprint, who has real estate on this coveted spectrum. This is just one of the flaws exposed during the mass 5G rollout across the country.

Verizon’s mmWave 5G is only available to select areas, and unfortunately even their speeds aren’t delivering what was being promised in test environments. T-Mobile and AT&T have more widespread 5G coverage and are really only delivering faster 4G coverage rather than true 5G. Sprint’s 5G network showed promise however, with the merger with T-Mobile they haven’t fully deployed their network.

All of these issues at the current moment don’t have any big resolutions for consumers before 2022 and could take even longer than that.

4G LTE took time to come around both in the U.S. and around the world. And while everyone thought we could take the pains that we learned from deploying LTE and smoothly transition into 5G, it seems we’ve only discovered newer and potentially more complicated problems.