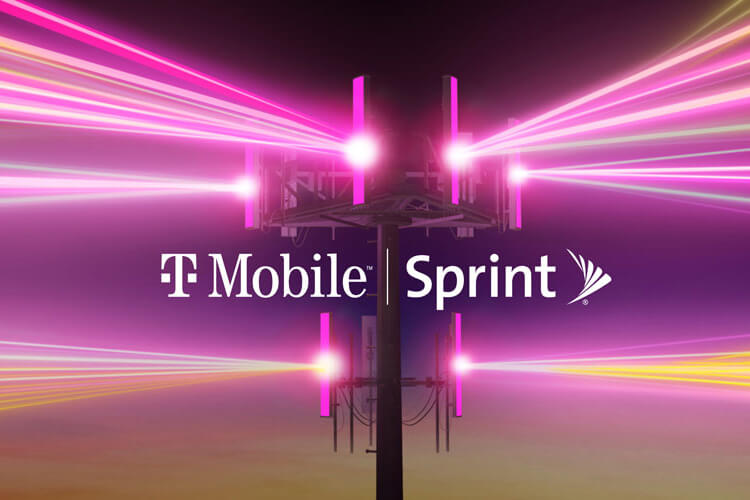 Now that the merger between Sprint and T-Mobile is official as of April 2020, the two companies have wasted no time, in the beginning, to combine their networks, starting with New York City and Philadelphia. T-Mobile customers will soon be the first to access Sprint’s 5G network on the 2.5GHz mid-band in addition to the 600MHz low-band and mmWave high-band 5G networks already launched by T-Mobile.

T-Mobile is also giving access to their 4G LTE network to Sprint customers to use when they’re roaming. This would open “more than double the number of LTE sites” than the current Sprint network. According to Karri Kuoppamaki, T-Mobile’s VP of radio network technology and strategy, Philadelphia will get access to Sprint’s high-band network on April 21st, and New Yorkers will get access “soon.” Previous to this merger, Philadelphia residents only had 600MHz 5G.

Turning on 5G networks isn’t just flipping a switch, 5G is dependent on existing 4G hardware to work. So for T-Mobile to give their customers access, they have to set up new antennas on their existing T-Mobile cell sites. For the nine cities that have access to Sprint’s 5G network, it means turning off the Sprint antenna and setting up a T-Mobile one.

Philadelphia’s deployment took place on T-Mobile’s network while the conversion of Sprint antennas to T-Mobile ones has already started in New York City. If users in these cities want to access the 2.5GHz network, it will be available to T-Mobile customers who have the Galaxy Note 10 Plus 5G, OnePlus 7T Pro 5G McLaren, the Samsung Galaxy S20 family of phones or the OnePlus 8 and OnePlus 8 Pro.

Unfortunately, Sprint 5G customers will get the short end of the stick when the mid-band network shifts over to T-Mobile. Older devices like the Sprint OnePlus 7 Pro 5G, Galaxy S10 5G, and LG V50 ThinQ 5G will lose access to 5G networks as T-Mobile takes over. Newer phones like Sprint’s Galaxy S20 family of phones will be able to access T-Mobile’s low-band network. It’s worth noting that owners of the phones that will no longer get 5G access will get an exclusive offer from T-Mobile to switch to a new device.

T-Mobile’s 5G strategy seems to be utilizing various bands of spectrum and network types to have broad 5G coverage and high-speeds, rather than focusing on one piece of the spectrum. T-Mobile launched its 600MHz low-band network last fall, and it’s the foundation of its 5G network. Compared to the other carriers, it’s got the farthest reach because it’s able to operate on the same airwaves as 4G LTE paired with the new tech for better speeds. However, because they launched with the low-band it means that it’s got the slowest 5G speeds.

Like AT&T and Verizon, T-Mobile is utilizing the 28 GHz and 39 GHz on the mmWave network, which offers faster speeds than any current 4G LTE network. The trade-off to these super-fast speeds is that the range isn’t very far and often the signal becomes disrupted by barriers such as walls, trees, buildings, and other things. Because these mmWave networks require extensive buildouts, T-Mobile’s rollout for mmWave 5G is far smaller when compared to their low-band network. Also, just because T-Mobile has launched mmWave 5G in a certain city, coverage is much smaller than the low-band network.

Sprint’s 2.5GHz network is located between the mmWave bands and the 600MHz has begun integration as of late April. Their network is faster than T-Mobile’s current low-band network and just under the performance of the mmWave network. So it’s a good “best of both worlds” scenario because it provides a better 5G network with fewer compromises. Sprint’s 5G network had previously existed in Atlanta, Chicago, Dallas Fort-Worth, Houston, Kansas City, Los Angeles, New York City, Phoenix, Washington DC, and Philadelphia.