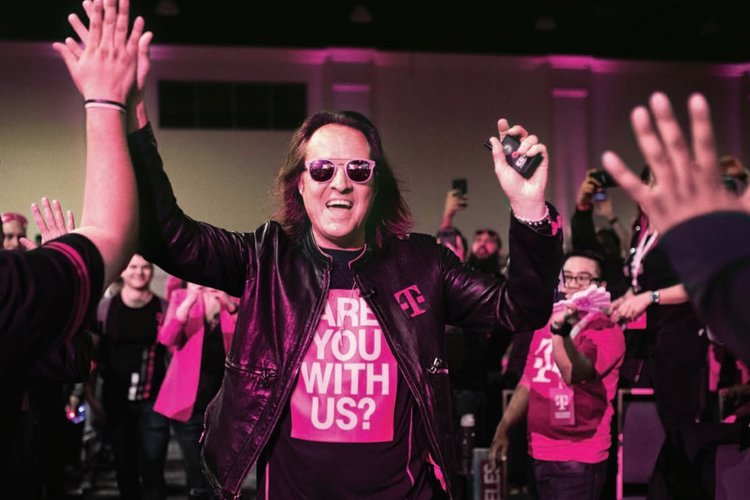 Well over a year from its initial announcement, the T-Mobile and Sprint merger is complete; Jon Legere steps down as CEO.

Sprint is no more as T-Mobile and Sprint have completed their merger and will work under the brand of T-Mobile. Almost two years after announcing the merger, the deal is done and after jumping through many obstacles and government regulations to make this a reality, the new company must now navigate uncharted waters thanks to the global pandemic of COVID-19.

In addition to completing its merger, T-Mobile’s CEO Jon Legere has also stepped down from the position he has held since September 2012. The ex-CEO is noted as turning the company around with his “un-carrier” approach and newly founded company culture. Legere’s bold moves and speech against telecom giants AT&T and Verizon will leave a lasting mark and T-Mobile will need to continue its push as carriers begin to embark on the race to secure 5G subscribers.

T-Mobile’s previous COO and the first person hired by Legere, Mike Sievert, will be taking over as CEO a month earlier than expected and will hope to lead the newly formed entity as it battles a ravished economy and a world in crisis.

Mike Sievert and the Future of T-Mobile

T-Mobile is on fire and has hit earnings records financially while growing its subscriber base in 2019. The merger with Sprint will help grow its subscriber base and also its capabilities for future growth and extended coverage and reach as the 5G network continues to expand in America.

The first and obvious issue Sievert has is the same issue virtually every company is navigating during these times, surviving the COVID-19 epidemic. The global health crisis has brought the world to a halting stop in many areas and is currently hitting the United States in an unprecedented manner. Beyond the potential for financial woes due to unemployment, a lack of demand, disruptions in production, etc., the coronavirus has presented itself as an additional obstacle in the race to create stronger networks supported by 5G. That said, 2020 is still poised to be a huge year for the emerging network and T-Mobile continues to unveil 5G compatible phones for its network, though some delays in production are beginning to be expected as delays stifle and factories lose valuable time. With billions of dollars on the line, T-Mobile will look to execute moves in this new chapter of its life that will help it recoup those investments and build its subscriber base for years to come.

The Aftermath of the Merger and the Future of Wireless

Not looking to grant a monopoly, part of the delay in completing this merger has come from the government’s reluctance to allow it in the first place. Many felt that a merger of this magnitude in an industry, with so few major players, would stifle competitions and push subscribers into a monopolized marketplace hurting consumers. As part of the terms and conditions of allowing the deal, the government has provided a path that looks to position DISH as one of the top four wireless providers in the country. This is being done by DISH acquiring Boost Mobile and Virgin Mobile from Sprint. “We are eager to welcome Boost customers, employees and dealers, and look forward to delivering lower prices and increased competition in the prepaid market,”, said Jeff Blum, DISH’s Senior Vice-President of Public Policy and Government Affairs.

Blum also spoke on DISH’s commitment to ensure more Americans have access to a secure 5G network. “We are committed to bringing full, standalone 5G to America, built upon a secure, Open Radio Access Network (Open RAN) architecture, delivering unparalleled innovation that will benefit U.S. consumers and enterprises.”, said Blum. For both parties, there are still billions of dollars in play and a lot of infrastructures built within government-regulated timelines. With some of those deadlines in question, it will be important to watch how companies can cope with the delay from the coronavirus and any extensions that may be gifted due to the pandemic.