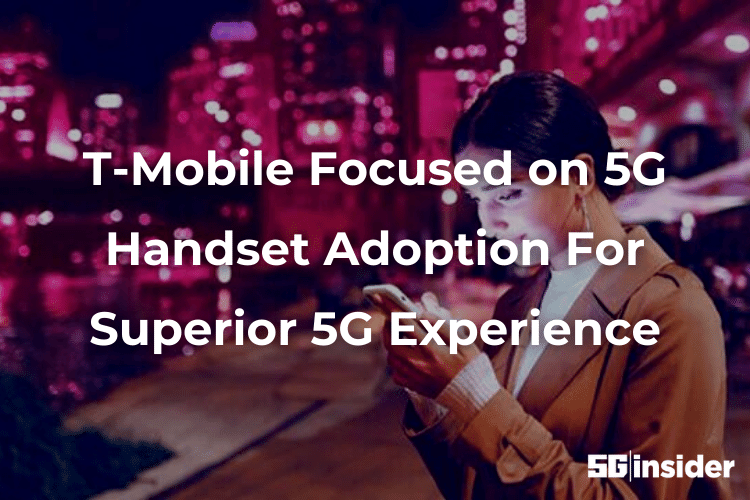 Since the merger of Sprint and T-Mobile, the “new” T-Mobile has been heavily pushing its existing and new customers to adopt 5G handsets to maximize their customer experience on its 5G network. The “Un-Carrier” has been pushing hard over the last year and a half to deploy its 5G network using its own 600 MHz holdings as well as Sprint’s 2.5 GHz holdings to become the current leader in 5G coverage in America.

T-Mobile US CEO Mike Sievert spoke recently at the Goldman Sachs Communacopia conference and said, “We need to get those Sprint customers over to the other side. And one of the things we’ve noticed, I don’t think we’ve talked about this yet, is that when a Sprint customer comes across and has the right 5G device, and the taxes- and fees-included Magenta rate plans and Magenta customer service and loyalty programs, and they’re riding on the T-Mobile network 100% of the time, their churn profile so far looks just like Magenta, the industry’s best. And so it’s really important we get there quickly.”

He continued, “For me, getting it done quickly and putting it behind us and getting them to the T-Mobile network, which is the best 5G network in the country, that’s critically important for their experience because Sprint churn is elevated. It came into the merger elevated. It remains elevated for these reasons. And we know from what we’re observing that when we get them to the other side, there’s a fantastic tailwind ahead for our company and our investors.”

Sievert also mentioned during the virtual conference that T-Mobile is focused on growth in the enterprise segment and that the company’s goal is to grow from a 10% market share. He also mentioned T-Mobile’s brand growth in more rural markets and is known as the “5G Company” to locals. Sievert said, “small markets and rural areas…This is a place where we will have room to run with a dramatically superior network…where we’re only a 13% share.”

T-Mobile has big ambitions for the rural markets and was recently a hot topic at Phoenix’s Competitive Carriers Association (CCA) event. Dow Draper, EVP of Emerging Products, said the carrier is investing in a “network the likes of which this country has never seen…We are driving super hard to realize this opportunity.” The carrier also said it’s committed to the FCC as part of the Sprint merger that it will provide 99% of Americans access to minimum speeds of 50 Mbps and 90% with minimum speeds of 100 Mbps.