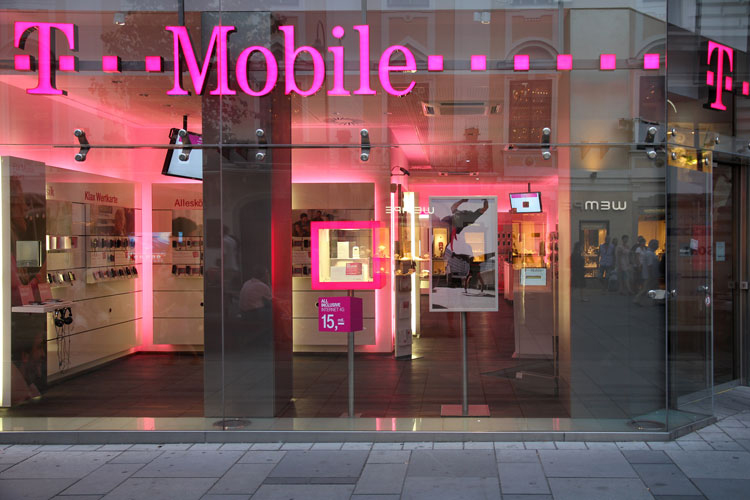 The latest 5G rollout for T-Mobile will include over 5,000 cities with signals that will be able to work both outdoors and most importantly, indoors. Indoor coverage for 5G has been a struggle for carriers, as the frequencies on the higher end of the spectrum that 5G operates on have a hard time penetrating through structures, making indoor coverage a bit more complicated. The new network will use a low-band spectrum, which is not as fast as the mmWave technology competitors like Verizon and AT&T are using for their 5G networks. However, it will offer better coverage and be built on top of the company’s existing 4G LTE network, which will boost speeds compared to the current 4G speeds. T-Mobile has previously launched 5G in six cities using the mmWave technology, but again, because its high-frequency it does have a hard time covering large areas and indoor service.

The latest announcements are an attempt by the wireless carrier to generate a favorable buzz around the pending merger between Sprint, which has been approved by the FCC but the saga faces multiple lawsuits from the states. Two of the sixteen states, New York and California, are leading the charge against the merger and have expressed concerns that the merger will reduce competition as it decreases the number of wireless carriers from four to three. However, DISH Network has already stepped into the picture as the potential fourth wireless carrier and will invest $10 billion into their 5G network. In the webcast, Legere said, “These people have yet to realize that we want what they want. We will deliver more innovation, stronger competition and lower prices”. Legere also said that with the merger, they’ll expand its network capacity by 14X.

The “New T-Mobile” company will offer two new low-cost prepaid plans that include 5G access. The first plan entitled, “T-Mobile Connect” will be $15/mo. for 2GB and $25/mo. for 5GB of monthly data. In addition, T-Mobile said they’d add 500 MB of data to both plans every year, up to five years.
In addition to their price changes on prepaid data plans, T-Mobile also announced two other initiatives. “Project 10 Million” aims to offer free broadband access for five years to 100 million low-income families who don’t currently have home internet access by offering hotspots with 100 GB of yearly data. Hotspots would be allocated on a state by state level, based on population. T-Mobile said they’d work with each state to determine the income and eligibility requirements. The other initiative announced, “Connecting Heroes Initiative” offers unlimited talk, text and data to state and local police, fire and EMS agencies. They also noted that the first responders would be made a top priority on their network.

There will be two phones capable of taping into this new network are the Samsung Galaxy Note 10 Plus 5G and the OnePlus 7T Pro 5G McLaren edition, both of which will be able to tap on to Sprint’s 2.5 GHz spectrum in 2020, pending the merger approval with Sprint. Current T-Mobile users are likely to see a boost in speeds, but unless you have a 5G-capble phone you can’t tap the network’s full 5G potential.

The latest announcements put pressure on the states involved in the lawsuit against the Sprint/T-Mobile merger to drop their cases. Legere said confidently that if the case goes to trial “we’ll win” but the wireless carrier is open to settle beforehand.