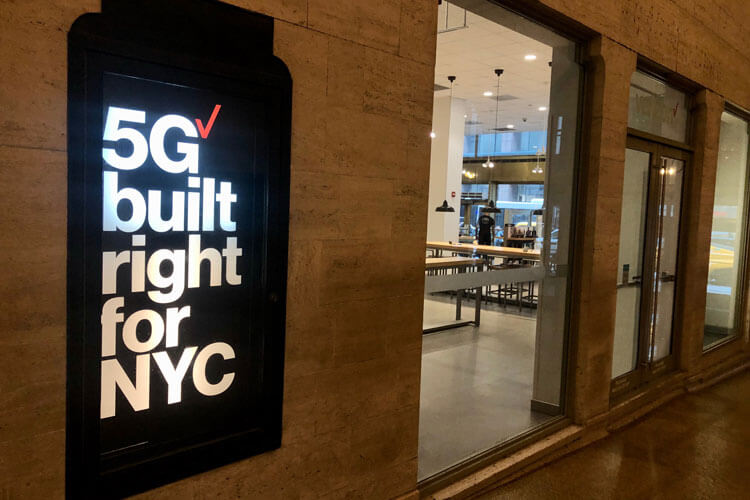 Three months into 2020 and T-Mobile, Verizon and AT&T all have working 5G consumer accessible networks. Each carrier is utilizing bands of the spectrum differently and cover various cities, it’s no wonder that the user experience is varied across the board. RootMetrics tracked the performances of each carrier resulting in a “mixed bag” of results.

RootMetrics tested 5G speeds in Chicago, Dallas, Indianapolis, Los Angeles and Washington D.C. and T-Mobile and AT&T were far behind Verizon’s 5G network capabilities in terms of speed. In LA, the median 5G download speed was 247Mbps with a peak speed of 627Mbps. For comparison, in the same city T-Mobile gave an average download speed of 21.5Mbps and a peak speed of 125.7Mbps. AT&T’s were a bit higher than T-Mobile, delivering average download speeds of 36 Mbps and peak speeds at 126Mbps. Both company’s speeds were either equal or lower than their 4G LTE numbers. Verizon’s speed numbers were even higher in Washington D.C. and Chicago.

The reason behind Verizon’s unbeatable speeds is the strategy they’ve used to build out their 5G network. Verizon ambitiously started their 5G network on the high-band spectrum- which requires a much more extensive and expensive buildout. T-Mobile and AT&T’s lackluster performances can be attributed to their usage of the low-band spectrum, however both carriers do plan on utilizing the high-band spectrum in the future. Though T-Mobile had better 5G coverage in all five cities with 57.1% 5G availability, their speeds were slower than 4G in all but one city. AT&T only had 5G in two of the five cities tested, and their 4G was much faster than 5G in both.

It’s worth noting that Sprint did have an impressive performance, and it’s only going to be built upon after the merger with T-Mobile becomes final. Sprint’s 5G mid-band was available in four of the five cities and performed a bit faster than their 4G network. In LA, Sprint produced average speeds of 80.5Mbps and the fastest speeds at 201.1 Mbps- both of which were better than T-Mobile and AT&T.  More importantly, their speeds were consistent across all the cities tested where their 5G coverage is between 15.5%-45.7% available.

Although expectations about 5G are high, each carrier is still in the early stages of building out their 5G networks, so the numbers and performances aren’t indicative of what’s to come. RootMetrics noted all the carrier’s results were “encouraging” despite less than stellar performances. The tests were performed in 2019, and each carrier has been hard at work continuously developing and adding to their networks. Verizon and AT&T have added multiple cities to their roster, as well as AT&T opening their mmWave 5G network to consumers with the release of the highly-anticipated Samsung Galaxy S20 series. Across the board speeds and coverage are improving and will only continue to get better with each passing year.