Skip to content
5G Insider > Carriers > What are the 5G Network Companies? 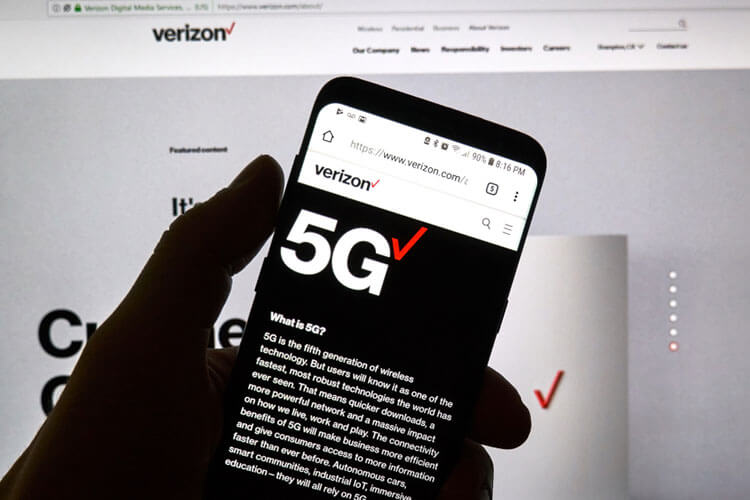 5G is the fifth generation in wireless technology and is hailed as the bringer of the fourth industrial revolution by many in the tech industry. 5G is hitting the scene in a big way with the highest wireless internet speeds we’ve ever seen, in addition to a crazy-low latency that will power new world of services and applications through interconnected devices.

5G slowly began to creep its way into small, beta test cities in 2018 and 2019, but 2020 is the year you can expect to see 5G rollout in a major way. All industry players from device manufacturers to wireless carriers are working overtime to get their products and networks ready for the big 5G red carpet rollout in 2020. It will be a slow and steady process and likely to take a few years for mass coverage, but it’s an exciting time to see something this big hitting the markets. Curious which carriers will have 5G networks? Let’s review who the 5G network companies are.

Verizon’s Ultra-Wideband (UWB) 5G network is currently available in 35 cities with plans to launch even more as 2020 progresses. For cities with 5G availability, only some parts of the cities will have 5G coverage, so don’t expect to see city-wide 5G speeds just yet.

If you’re in an area with Verizon’s 5G Ultra Wideband availability, check out their coverage map to see exactly where in your city coverage is available.

Verizon’s 5G network will utilize a mmWave technology that will access a higher frequency band above 28GHz and 39 GHz. Verizon plans to utilize the high-band spectrum for their 5G networks, but that will require a mass buildout of small cells (mini cell towers) across various locations for mass 5G coverage and penetration. This will be an effective way to deploy 5G in metro areas but will need a different strategy for suburban and rural areas. For the next several years, Verizon’s 5G service will piggyback off its existing 4G network using the low and medium-band spectrum.

If you’re in a city with Verizon 5G coverage, you’ll need a 5G capable device to access the Ultra-Wideband network. It’s an extra $10 a month to use, but Verizon is waving that fee for new subscribers. You can expect to see download speeds of 450 Mbps with peak speeds of up to 1 Gbps.

Verizon does have a few 5G phones, plans and hotspots available for purchase now. Check out a full breakdown of Verizon’s 5G phones and plans here.

If you’re interested in making your home 5G capable, you can purchase Verizon 5G Home for free for three months, and then $70 a month after that. You can expect to see speeds up to 1 Gbps! Streaming, gaming, video chat- anything will work seamlessly. This service is currently available in Houston, Indianapolis, Los Angeles and Sacramento with more areas coming.

AT&T’s 5G network is currently available in 35 cities with plans to launch in many more by the end of 2020. Like Verizon, only some parts of these cities have 5G coverage, rather than the whole city itself.

If you’re a current AT&T customer and have seen “5GE” displayed on your phone, that does not mean you have 5G on your phone. 5GE stands for “5G Evolution” and is simply a fancy name for AT&T’s 4G LTE Enhanced network.

Cities with AT&T 5G coverage are:

If you’re in a city with AT&T 5G coverage, you’ll need an AT&T 5G capable device to utilize it! AT&T has added a few 5G phones to their lineup along with two unlimited plans that provide 5G access. Check out all the details on AT&T’s 5G phones and plans here.

As of October 2019, the FCC has approved the merger of Sprint and T-Mobile to build out a competitive 5G network and the merger became final in April of 2020 and will be known as T-Mobile.

Previous to the merger, both Sprint and T-Mobile were rolling out 5G services differently than their competitors. Sprint was using the mid-band spectrum with frequencies of 2.5 GHz, which supported their 4G LTE service. T-Mobile similarly is using the 600 MHz spectrum. Since both companies are going to use their existing cell towers for their 5G networks, their rollout will be a lot faster than AT&T and Verizon.

Initially the new T-Mobile 5G networks won’t be as fast as the others, but they’ll still deliver improved speeds and lower latency to their customers. T-Mobile has plans to build on the 28 GHz mmWave spectrum and existing 2.1 GHz spectrum, that will make them competitive with AT&T and Verizon.

T-Mobile was one of the first carriers to debut their 5G coverage nationwide. We’d be here a while if we listed out every city that T-Mobile 5G coverage could be available but there are specific cities where T-Mobile’s mmWave service is:

Here’s a full map of T-Mobile’s nationwide coverage on the sub-600Mz spectrum. As noted above, this won’t be as fast as mmWave speeds but some areas could see an improvement to what is currently available.

Like the other carriers, you’ll need a 5G capable device to utilize T-Mobile’s 5G network. For a in-depth look into all of the phones and 5G phones available on T-Mobile, click here!

When Sprint and T-Mobile merged, it opened the market for a new wireless competitor, DISH Network. As of July 2020, DISH Network became the official owner of Sprint’s prepaid wireless business that includes Boost Mobile and Virgin Mobile.

DISH has spent the last 10 years acquiring space on the spectrum, and owns about 100 MHz around the U.S., which is about as much as Verizon owns. DISH will utilize the 20,000 towers that T-Mobile and Sprint plan to decommission during their merger, as part of their 5G network infrastructure. DISH must have a 5G capable network with the ability to serve 70% of their customers by 2023 or face a hefty $2 billion fine.

There has been no release of information of locations, pricing or devices available yet for DISH 5G network.

It’s clear that each carrier has big plans for their 5G networks and that regardless of who your preferred carrier is, you’ll experience improved speeds and an ultra-low latency that will be even better than the 4G LTE you currently use.