Skip to content
5G Insider > Carriers > Where Does Each Carrier Actually Have 5G Coverage? 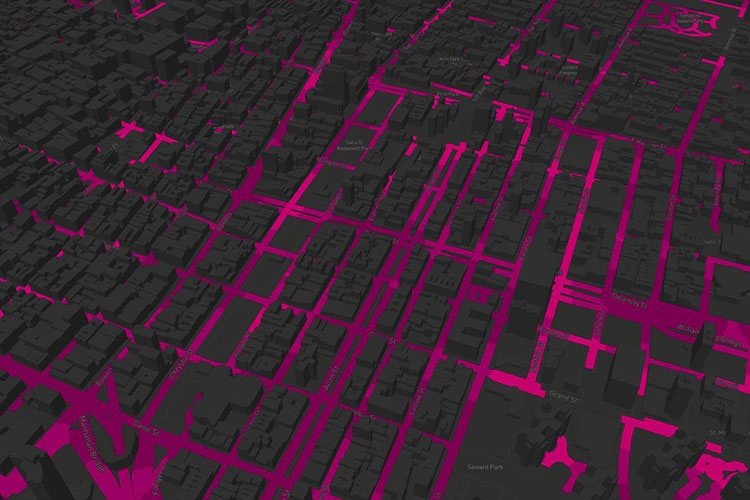 If you’ve heard about 5G being available in your city but cannot find a map of where this blazing-fast speed is that everyone is raving about, don’t be confused. Not even the 5G connection will let you download any of the carrier’s 5G coverage map because three of the carriers have yet to publish them!

This isn’t an effort by the carriers to hide the greatness that is their 5G coverage, it’s simply because there isn’t much coverage to map out.

“I think the lack of 5G coverage maps is tantamount to a confession that 5G coverage is embarrassingly small,” analyst Jeffrey Moore of Wave7 Research summed up in an email. Moore noted the reception limits of the mmWave frequencies that 5G service utilizes from AT&T and Verizon- both of which are the most mum on where you can use their 5G service.

AT&T and Verizon both have even gone as far as to ask the Federal Communications Commission to hold off on requiring them to submit their 5G coverage maps, since the FCC is trying to upgrade its broad-band availability database.

“At some point, Verizon and AT&T will have to admit that mid-band spectrum is needed to have substantial 5G coverage,” Moore said. “Once they make that leap–and doing so is complicated–then they will be able to post 5G maps.”

Until we see actual 5G coverage maps from each carrier, here’s what information you can get about this super-hyped 5G wireless connectivity.

On a positive note, consumers don’t have to worry about rushing to buy a 5G phone from AT&T because the only 5G phone available is the Samsung Galaxy S10 5G and its just for business customers only. In addition, it works mostly at 4G speeds in most places.

Sprint is one of the carriers that’s using mid-band frequencies on the same 2.5 GHz spectrum that it currently uses for its 4G LTE network to power their 5G network. Sprint also actually provides specific coverage maps that let you try out their potential 5G network on a block-by-block level. Sprint’s 5G coverage is currently available in Chicago, Atlanta, Dallas-Fort Worth, Houston, New York, Washington D.C., Phoenix, Kansas City and Los Angeles. You can check out their coverage map and see 5G in orange, overlaid on the 4G reach, which is represented in yellow.

T-Mobile’s 5G coverage maps may paint a pretty picture, but they’re not detailed maps, but instead pictures of the mmWave service available to lucky users in Atlanta, Dallas, Las Vegas, Cleveland, Los Angeles or New York.  You aren’t able to zoom in or search overhead views of each city with 5G availability. Only if you know individual intersections by their shapes alone, will you be able to determine where T-Mobile’s 5G coverage actually is. T-Mobile’s 5G network will use lower frequencies that will reach further than AT&T and Verizon’s (they’re using a higher band) – once phones arrive that support the new 5G spectrum bands. The 5G capable phones won’t be cheap, so maybe wait off a bit before buying a 5G phone until there is better coverage near you.

Verizon offers 5G coverage in Washington D.C., Providence, Panama City, St. Paul, Phoenix, New York, Minneapolis, Atlanta, Chicago, Boise, Detroit, Denver and Indianapolis. However, it only lists neighborhoods in each city, and not actual city-wide coverage. For example, around Washington D.C., Verizon says its 5G signal is “in parts of” 20 areas across the District and Arlington, VA.

Pay attention to the “in parts of” line more than the list of neighborhoods, which would suggest that someone who live sin Colombia Heights and works a few miles south would have continuous 5G coverage. PCMag’s real world tests paint a different coverage picture.

When looking at the carrier’s 4G coverage maps, we don’t have to necessarily take them at their word. There are plenty of outside groups conducting their own testing and collect crowdsourced data to provide objective assessments of each carrier’s actual coverage. It’s a bit too soon to try and do the same thing for 5G. A leading source in crowdsourced network-performance data, Opensignal, isn’t prepared to start publishing 5G data because there aren’t enough consumers that own 5G phones.

Another company, RootMetrics, which relies more on its own testing, shared a first-look assessment of 5G coverage in Atlanta, Chicago and Dallas in mid-October 2019 and discovered the 5G speeds were not as widely available in its phones only hit an AT&T 5G signal in Dallas in 2.6% of tests; T-Mobile 5G only surfaced in 3.1% of tests in Atlanta and 13% in Dallas; and Verizon 5G appeared in 7.1% of tests in Chicago. Sprint’s 5G was hitting 24.9% availability in Dallas, 32.2% in Chicago, and all of 51.4% in Atlanta.

Don’t be disappointed in this innovative 5G wireless advancement just yet, it’s just not available in the real world for us all to enjoy just yet.