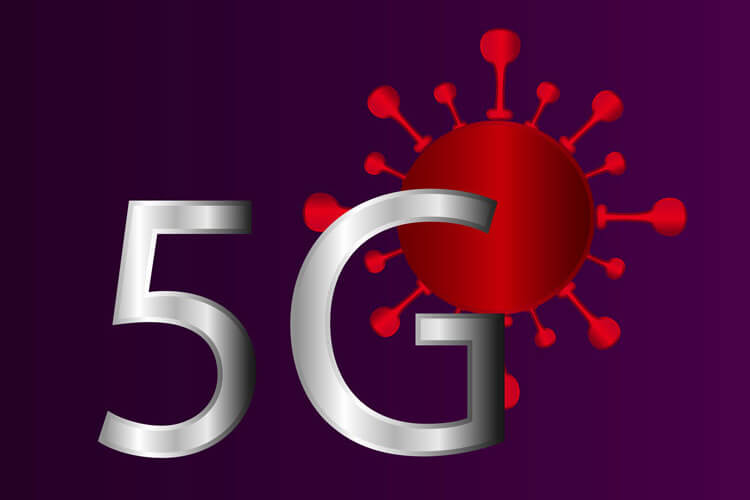 Amid a pandemic that originally was downplayed, the world has seemingly stopped while each nation battles the virus and tries to flatten the curve. Three of the countries affected, China, where the outbreak started, South Korea and the United States were some of the first countries to adopt 5G, and their countries’ companies are critical to the rest of the world rolling out 5G technology through both networks and devices.

So what does all of this mean for 5G?

Most major device and component manufacturers have pushed on with production with little to no disruption to schedules while some testing and R&D initiatives have been set back by several months. For networks, most carriers are saying that not much has changed, while others have reported some delays to both individual and national rollouts.

5G is going to be key for the US workforce as more are working from home, and 5G will enable both wireless home broadband and high-speed portable communications. Here’s what you can expect from 5G over the next few months.

Most 5G devices aren’t experiencing any major delays, however, some products may arrive later than expected. There are two categories of devices, smartphones, or “mobile 5G” and home broadband modems, or “fixed 5G.”

For smartphones, Android’s line of 5G phones have seen little impact from the coronavirus in terms of production and supply. Android launched its S20 series at the beginning of the pandemic, but their decline in sales are due to other reasons, and not related to lack of product availability. Android vendors are pressing on with launches, especially in China where 5G network rollouts continue and demand is high.

A notable delay is coming from Apple, which is rumored to launch 5G phones later this year. Reports indicate that their iOS software is about two weeks behind schedule, due to their workforce working remotely amid state-wide shutdowns. Apple’s devices are more likely to arrive in October or even as late as November, rather than in September like previous years.

In regards to broadband, vendors for fixed 5G are waiting for Qualcomm’s QTM527 mmWave antenna system. This is key for a high-performing 5G signal because it expands the transmitting range of 5G devices to a mile. Carriers will be able to deliver speeds up to 7Gbps- which is seven times faster than the top-of-the-line broadband customers use currently, and is about 60 times faster than the US average. Modems with QTM527 are still slated to release in 2020, with vendors such as Verizon saying they’ll arrive in the fall.

Though countries are beginning to re-open to what’s deemed the “new normal” amid the pandemic, there’s some concern as to whether people will still participate in traditional summer shopping seasons given the rise in unemployment and questions regarding physical returns to school. However, the biggest buying season of the year remains around the holidays, and there’s no doubt that companies will do everything possible for a solid lineup of new products.

Despite the ongoing pandemic, carriers seemingly haven’t been affected and some have even reported that their 5G tower installations are moving forward quickly. This is because tower climbers have been able to work without interruptions to place the necessary equipment required for 5G networks.

US carriers are still moving forward with their 5G network launches, T-Mobile noting that their rollouts are still moving forward, but the biggest challenge they’ve faced are local government permitting delays. AT&T has expressed similar issues, as well as trying to hire 5G tower climbers. Though AT&T still promises nationwide 5G coverage later this summer. Verizon said they’re still on track to debut 5G service in 50 cities by the end of 2020, though their goal to expand fixed 5G offerings is dependent on Qualcomm’s QTM527 mmWave antenna system.

As retail storefronts have been forced to close, the US carriers have indicated that their customers have been affected, as well as their sales have taken a hit amid closing their retail locations and mass layoffs.

In 5G news outside of the US, MWC Barcelona canceled due to coronavirus fears, as well as the 2020 Olympics set to be in Tokyo were postponed until 2021- both of which were set to be major marketing events for 5G. Bell, a Canadian carrier, said their 5G network was ready to launch but delayed the grand debut because they couldn’t properly market during the pandemic. Australia and the UK have also been affected, with carriers being threatened by conspiracy theorists who believe that the virus has been brought about by 5G.

In China, 5G network rollouts were already in progress before the pandemic even started out of Wuhan. China’s top three carriers already have over 50 million 5G subscribers, with Nikkei predicting China to have about 70% of the world’s 5G subscribers base by the end of 2020.

South Korea has about 5.77 million 5G subscribers as of April, which accounts for about 10% of its population. Each Asian countries’ has been aggressive in their 5G network rollouts as they compete over a number of 5G “firsts” with neighboring countries like Taiwan and Japan just recently turning their 5G towers on.

Over in Europe, 5G deployments were already at a crawl due to government delays, and the pandemic has only made things even slower. Spain, Portugal, Poland, France and Austria all delayed 5G spectrum auctions because of the pandemic. Germany’s United Internet said that government permitting offices are what caused the delay in their 5G network launch.

However, amid the delays, 5G networks are still expected to roll out- just a little slower than what was in the original timeline. While some point the finger at the pandemic for causing these 5G deployment delays, spectrum allocation and permitting delays were happening well before the pandemic started. So if your area doesn’t have 5G by the end of 2020, it’s not because of the coronavirus pandemic and is likely caused by slow government officials.

While some may doubt that 5G carriers will be able to deliver on the promises of 5G coverage, others who have long awaited the arrival of 5G may say differently. We’ll have to see what the end of 2020 brings.