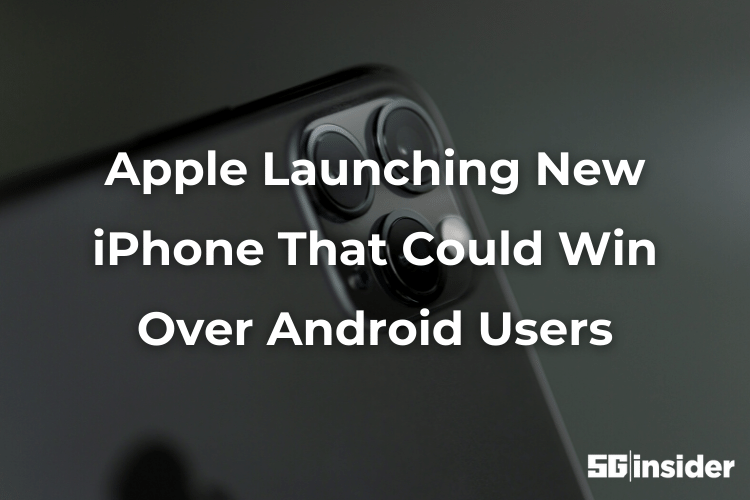 The rumor mill is back at it again with Apple and a new iPhone. Whispers circulating hint that Apple is set to launch a third-generation iPhone SE in early 2022 with 5G connectivity. Analysts at J.P. Morgan believe this phone “has the potential to attract more than a billion non-premium Android users.”

According to Reuters, J.P Morgan’s analysis says that the iPhone SE 3 has the capability of bringing “nearly 1.4 billion low-to mid-end Android phone and about 300 million older iPhone model users.”

“Apple’s trade-in program for non-iPhones is admittedly not as attractive as the iPhone trade-in values, it could nonetheless lead to an average starting price range of $269 to $399 for the 5G iPhone SE, which is still very competitive,” analyst Samik Chatterjee, rated five stars on Refinitiv Eikon for his estimate accuracy, said.

J.P. Morgan analysts also mentioned that consumers demand major upgrades like 5G connectivity. It remains a strong priority for suppliers, even if it’s tailoring off for hardware products like smartphones, TVs, and PCs.

So far, rumors show that the iPhone SE 3 will feature the same form-factor that it currently has, which is in line with the 2017 iPhone 8. Apple Analyst Ming-Chi Kuo thinks that the rumored iPhone will have a 4.7-inch LCD display, 5G support, and an upgraded processor, though it’s unclear if it’s the iPhone 13 A15 Bionic or the iPhone 12 A14 Bionic chip.

For the fiscal year 2022, J.P. Morgan analysts believe that there will be a rise in iPhone SE “unit sales to 30 million units and annual iPhone shipments expectations to 250 million units, 10 million higher than a year earlier.”

While some are excited over the potential of Apple growing with the migration of Android users, the report doesn’t show how long it will take for Apple to take a portion of the Android market.

Android manufacturers are working to push hard on the mid-range category with 5G support to combat the affordable iPhone SE. Will they succeed? Only time will tell.
Source: 9to5Mac