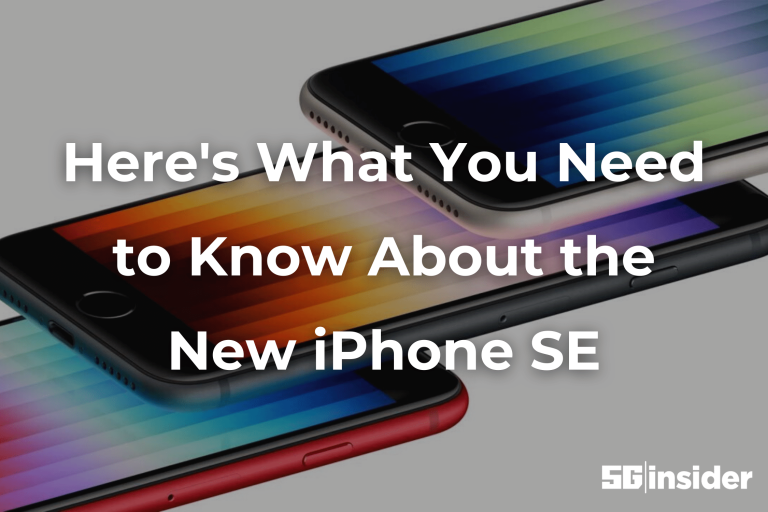 After months of speculation, Apple has unveiled its new iPhone SE generation! This line of smart devices comprises affordable, sub $500 price point iPhones coupled with some of the bells and whistles of Apple’s flagship model. It’s the perfect device for someone wanting to stay up with the latest technology without breaking the bank.

Here’s how it compares to other versions and what you need to know.

Apple believes in a high-quality performance across all of its devices no matter the price point, so that’s why they’ve included the A15 Bionic chip (found in the iPhone 13) in the new iPhone SE. The A15 Bionic chip will power faster downloads, improve the gaming experience, and deliver professional-grade photos that capture minor details.

You will be able to work faster and more efficiently on your device, but you’ll have an improved battery life because of the efficient chip and enhanced battery. (Apple was mum on the size of the battery). According to Apple, you’ll be able to charge from zero to 50 percent in 30 minutes flat using a 20W or higher charger.

A Better Camera Depending on Your Current Device

The iPhone SE will stick with the single 12-megapixel wide-angle lens and multiple shooting modes and video recording modes, including 4K, time-lapse, and Slo-mo. Users shouldn’t expect a better shooting experience per se but will see faster process times due to the A15 Bionic chip.

The newest device will also include the addition of Photographic Styles, so users can customize how their device takes a photo before taking a shot. The iPhone SE will also support Smart HDR 5 and Deep Fusion.

5G is Coming to the iPhone SE

5G is the biggest buzzword in the tech world, and it wouldn’t be an Apple launch without including the latest and greatest in wireless technology onto its device. The iPhone SE will support 5G Sub-6, but it will not have support for the famed mmWave- which is dubbed the fastest flavor of 5G.

The new iPhone SE sports the same sleek design that Apple is known for, including a 4.7-inch Retina HD display for a sharp, crystal clear picture and built-in haptic touch. Customers can choose from three colors, Midnight (black), Starlight (white), and Product (red).

The iPhone SE is also built to withstand drops, dips in the pool, and whatever else comes your way with a tougher rear glass that makes it more shatter-resistant and the IP67 water and dust resistance.

Our Takeaway on the New iPhone SE

We stan any phones that provide a 5G experience at an affordable price point. 5G is the future and is becoming more commonly available than even two years ago. 5G will deliver a faster and improved experience than 4G LTE, so a 5G device is the way to go for those looking for a better connection.

With that being said, the third-generation iPhone SE is better than its previous versions on a day-to-day experience level. If you’re currently using an iPhone first-gen SE, 6S, 7, or 8, we think it’s worth upgrading if you want a bit more “oomph” to your daily phone use and live in an area where your carrier has 5G coverage.

Apple will start taking preorders on March 11, with shipping beginning on March 18. Devices start at $429 for a 64 GB phone and go up to $579 for a 256 GB phone. Click here if you’re trying to get your hands on the third-generation iPhone SE now.

Watch the full event below.