Skip to content
5G Insider > Devices > What 4G Phones will Work on a 5G Network? 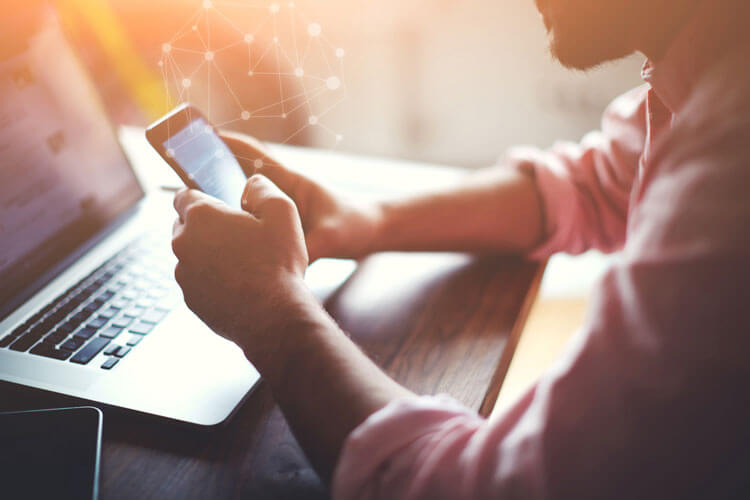 The 5G revolution is here and shows no signs of slowing down. 5G is the fifth generation in wireless technology and ushering in the future with unbelievably fast speeds and the lowest-ever latency. 5G will bring about futuristic services and applications that can’t be done on our current 4G networks because they aren’t powerful enough. Autonomous cars, drones, IoT and the list goes on, will all get a giant boost in power because of 5G. If you’re curious how fast 5G is, it can run about 10-100 times faster than your average 4G connection. Concerned about this new 5G technology and your 4G phone? Let’s review what 4G phones will work on a 5G network.

Simply put, a 4G phone or device will not work on a 5G network…optimally. To fully experience the new 5G technology, you’ll need a 5G-enabled phone. But before the panic alarms start going off, you can still use your 4G phone (though if you have 3G you should definitely upgrade) because 5G is unlike previous generations. 5G is built upon carriers’ existing 4G LTE networks with equipment and software upgrades and modifications, along with some new hardware. 4G and 5G will coexist together for the time being, until the far future when 5G becomes more widespread. In fact, you’ll likely notice a huge improvement of your current 4G service, especially when working with 5G.

The reason you need to upgrade your device to something that’s 5G capable in order to use the 5G network, is because 5G functions on a higher scale than any previous generation. 5G uses a multi-band spectrum strategy. When you look at the spectrum in which wireless technology operates on, there are low, mid and high-band spectrums. The frequencies on the spectrum are measured from the slowest to the fastest frequencies, so low to high. Right now, 5G uses frequencies that 4G just cannot operate on. 4G networks use frequencies below 6 GHz but 5G uses higher frequencies between 30-300 GHz. The higher frequency of the 5G network is what brings us the faster speeds and low latency, but it comes with a caveat, the frequencies don’t travel far distances. Which is why carriers are having to revamp their networks and infrastructures to accommodate the needs of using the high-band spectrums for 5G.  And just because something is on the lower-end of the spectrum, doesn’t mean it’s not efficient. The speeds are slower, but the frequencies can cover longer distances. 5G will utilize all bands of the spectrum to deliver improved speeds and a lower latency across the U.S., even in rural communities where wireless connections usually suffer.

Like carriers needing to re-work their networks, manufacturers are having to do the same with device production. Because 5G has access to frequencies on spectrums that aren’t currently accessible to 4G, devices will need to be built to support connection to a 5G frequency. Some manufacturers won’t even produce 4G chips anymore and will instead focus on chips that have 5G connectivity, while boosting 4G speeds. You’ll likely see a decrease of 4G capable devices in 2020 as 5G takes over as the new “it” technology, and rightfully so. Look to companies like Qualcomm or Qorvo and others who are currently developing the chips that will power your devices for 5G. The chips, antennas, even batteries will all need to be changed and optimized to be more powerful for 5G.

As it stands, 5G is still a brand-new technology and is in its early stages of deployment. 4G took years to rollout starting in 2010 and it’s almost the end of the decade and we’re now getting full, 4G LTE peak speeds. There’s absolutely no rush to run out and grab a 5G-enabled device because carriers will still need to access older wireless technologies to power the 5G devices because coverage is not widespread yet.

Manufacturers have been busy launching new phones with 5G as a standard feature. For a full list of 5G phones available, click here!

No 4G phones will work on a 5G network, because the 5G network’s frequencies are too powerful for current 4G technologies. But, because 5G operates on a different spectrum band than 4G, this opens up 4G to improved speeds and latency; therefore, improving your 4G devices’ performance. 5G phones will be the new standard moving forward, but your 4G phone will still work just fine (if not better) until you upgrade your phone, and 5G coverage comes to your area.