Skip to content
5G Insider > FAQ > How Will 5G Improve My Every Day? 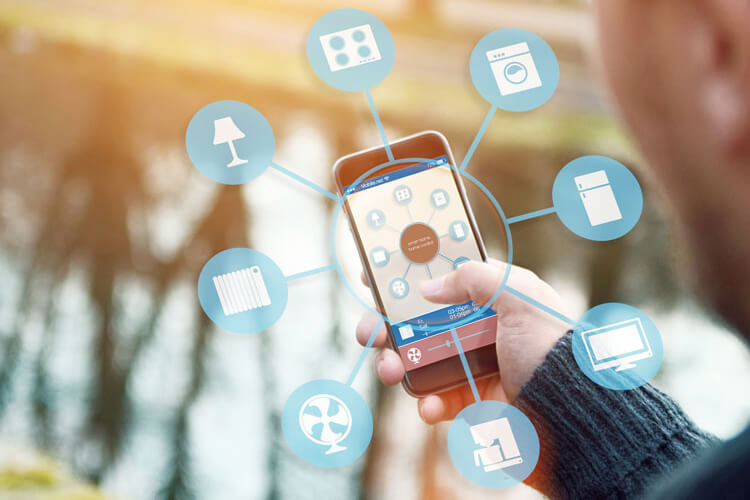 It’s likely that if you’ve been watching TV and seen a few commercials from carriers like Verizon or T-Mobile and that you’ve heard the latest buzz word, 5G pop up a time or two. Or maybe you’ve seen a few news articles discussing the new and exciting technology coming to the forefront thanks to 5G. 5G is the latest generation in wireless technology and is worlds faster than the existing 4G networks we’ve been using for the past few years. We bet you’re wondering, “how will 5G improve my every day?” Let us brag on it a bit.

Before we dive into 5G, let’s back up and discuss what 5G is and why you should get excited about it. As we said above, 5G is the fifth generation in wireless technology and will deliver theoretical speeds of 20 Gbps with a one-millisecond latency, in addition to a more efficient network capacity. To put this into perspective with your current 4G technology, 4G can deliver a max speed of 1 Gbps and an average of 20-30 millisecond latency. It takes the average human 300-400 milliseconds to blink, or the average camera shutter speed is 8 milliseconds. 5G will make everything we do as instantaneous as possible, which will make for some pretty cool advances to our every day.

5G utilizes a multi-band spectrum strategy to deliver this impressive performance. Previously, we’ve used what’s known as the low and mid-band spectrum to deliver our 3G and 4G networks. 5G will operate on the unused high-band, in addition to the low and mid-bands- which is a total game changer. As our world’s technology grows and everything becomes more connected, the networks have become increasingly congested and they aren’t performing to their full capacity. By opening this high-band spectrum, it will create a more efficient network capacity because devices can connect through multiple bands, allowing more devices to connect without a sacrifice in performance- quite the contrary, you’ll see massive improvements.

All of this tech-talk to say you’re going to see huge improvements in your everyday life as a result of 5G technology. Ideas of the future will become a reality and there will be a rise in smarter technology that will impact you from your home to when you step outside into the outside world.

Your phone is already a powerful device because you’re essentially walking around with a super computer in your pocket- something more powerful than what they had for the first moon launch. The first thing you’ll notice once 5G comes to your area is how much faster and efficient your mobile device will become. You can stream content, live stream a sporting event, send videos and pictures, download movies and game- all without a Wi-Fi connection because your carrier’s 5G connection will be that powerful.  You could download an entire HD season of Game of Thrones on your way to the airport within 12 seconds.

Cities with 5G coverage will be able to connect sensor networks that would link everything together. Things like smarter traffic lights that could measure traffic flow to improve traffic conditions or getting texts on your phone with real-time traffic reports (with extreme accuracy) to re-plan your route if needed. 5G would also address air quality and energy consumption. Simply by creating a better traffic flow, cities could cut down dramatically on air pollution in addition to a drop in fuel waste. 5G would also impact how we heat and cool our offices and buildings by utilizing smart systems that heat or cool based on who is occupying the building. A small change like this, could save on energy costs and usage!

If you take a moment to look around your home, take a quick note of what’s connected to the internet. Your TV, phone, gaming console, tablet, computer, personal assistant, etc., it’s a lot and all of these things need an internet connection to work. And these are the basics, we haven’t even gotten in to your security system or AC/heating system, etc… Improved internet speeds in your home brought to you by 5G will increase your speeds and lower your latency so all of your connected devices will see an improvement in performance, in addition to you being able to add more devices without any problems.

Another nifty thing you likely haven’t thought about is with all this extra bandwidth in your home, what else could add to the mix to make your home smarter. Think about a sprinkler system that would know when to water itself based on current conditions and adjust itself as needed. Or smart temperature sensors that could regulate and adjust itself based on the outside temperatures, or who is home? 5G will allow you to add multiple IoT devices to your home so you can create the smart home you’ve always wanted.

Driverless cars are no longer a thing we see in movies, 5G delivers the instantaneous latency and network speeds needed to make cars that drive themselves a reality. A few of the major issues with driverless cars has been that they all need to be able to connect with each other, and sensors on the roads to know where they are, where to go, what’s around them with immediate communication so they can act accordingly. This just wasn’t something that could be done on our existing 4G LTE networks, because it’s crucial there’s no delay in signal.

Virtual doctors aren’t a new thing for us, but what about a world with wearable or implanted medical devices? Doctors could monitor their patients in real-time and be able to make life-saving decisions faster and more efficiently. In addition, surgery could be performed from thousands of miles away with zero lag time, opening the door for modern medicine to go to parts of the globe that desperately need it.

Virtual reality (VR) and Augmented reality (AR) has already shown us some pretty cool things, but it can only get better. The gaming community would see huge improvements with VR headsets because they’d be able to operate from cloud-based solutions, making headsets less bulky, more efficient, and have better battery power. AR will change the way you see the world around you- literally. The components needed for AR will become more efficient, creating a more immersive and convincingly smooth AR experience.

One of the major benefits of 5G is that you don’t need all of these cables to make it work. So, if you live in an area with the right infrastructure, you can have all the high-speed internet you want without the hassle of cords! If you live in a rural area where the internet has been traditionally hard to come by or super expensive, you’re in luck! Because 5G can deliver powerful speeds wirelessly, rural America will see massive improvements in their internet connection. 5G wireless technology still has a long way to go, and it will take years for carriers to fully blanket the U.S. in coverage. In your everyday life you’ll see improved mobile speeds, smarter homes and cities. We’ve yet to discover all the nifty applications and services that 5G will power, and that’s