Skip to content
5G Insider > FAQ > What Do We Know About 5G? 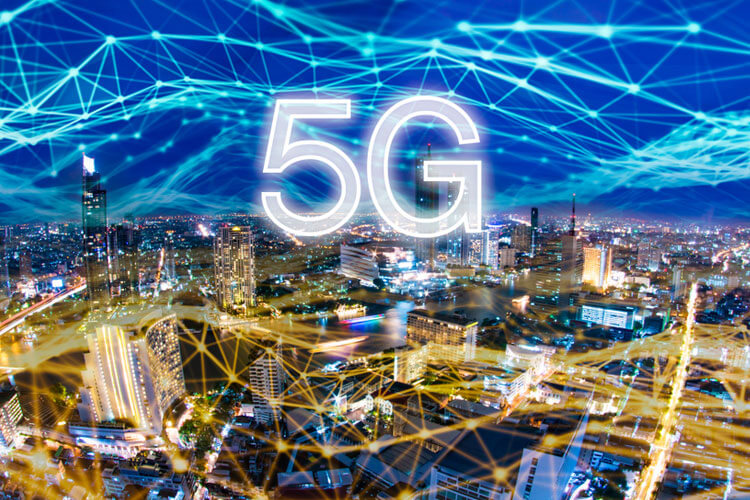 Whether you’re a techy or someone who uses the internet to simply browse for cat photos, it’s likely you’ve heard 5G buzzing around in the news lately. 5G is the fifth generation in wireless technology and is about to take the world by storm with the highest speeds, and lowest latency we’ve seen to date. But what do we know about this new technology? Let’s break it down.

Let’s first start with the basics, what is 5G? 5G is the next generation in wireless technology, many steps above the 4G you use on a daily basis. It will not only make your mobile device faster, but will interconnect all other devices, machines and things together- so everyone and everything will be virtually connected.

5G is pretty fast and is expected to deliver peak speeds of 20 Gbps. In comparison, 4G has a peak performance speed of 1 Gbps. That’s about twenty times faster!

It’s not all about speed though, 5G’s latency is as close to instant as you can get. According to Qualcomm, 5G will deliver a lower latency for a “quicker immediate response, and overall more uniform experience so that data rates stay consistently high even when users are moving around.” 4G delivers about a 20 millisecond latency, and for reference of speed — the blink of an eye is between 300 and 400 milliseconds.

How 5G is different than previous gens

To appreciate 5G in its entirety, let’s review where 5G came from.

Let’s get technical for a second, 5G is different from previous generations because it functions using a multi-band spectrum strategy. The spectrum is simply put, the measure of frequencies in which data can travel. 3G and 4G use the low and mid-bands of the spectrum, leaving the high-band unused. 5G will use the high-band spectrum in addition to the mid and low-band freeing up space on the spectrum to become more efficient. Think of driving down a highway that’s just one lane, more cars could get through if it was a multi-lane road, same logic can be applied to your wireless network. If you’re interested in the technical side, you can read more here. (Link to blog on what is 5G)

5G is currently available around the world, in Europe, Asia, U.K. and the United States. However, only certain cities and hotspots have 5G capabilities right now. All the major carriers, AT&T, Verizon, Sprint have been rolling out in metro areas across the U.S. in 2018-2019, but those are seen more as beta tests than actual roll outs. 5G is only available in certain hotspots, so it’s not city-wide coverage. All the major players have plans to splash 5G coverage across the U.S. in 2020, but it will be a massive project so don’t expect 5G as soon as the new year hits, it will take a few years. Here’s a list of current cities that 5G is available. (Link to location blog)

Depending on where you live, 5G may take a while to make its way to you. 5G is not something that is going to happen overnight because it’s going to require an industry-wide overhaul from carriers to manufacturers to make it happen.

The beauty of 5G is the usage of the Sub-6 and mmWave technology on the high-band spectrum. The downside? The frequency doesn’t travel far and will require small cells (mini cell towers) to be built in order for the signal to travel. That’s hold up number one, the second is that each carrier is going to have to overhaul their current wireless infrastructure to build out their 5G network. There’s a ton of work to be done in addition to a massive financial investment.

Your current device is not going to work on a 5G network. Each device will need to be built with new chips, and antennas to connect to a 5G network. So, manufacturers are going to have to develop all new devices to utilize this network.  This doesn’t mean your 4G device will become a brick, but if you want to use the 5G network you will have to purchase a 5G capable device.

5G is going to impact your day-to-day in both little and major ways. We look at it from three different ways:

What makes 5G so beneficial for us are the applications and services that are currently unknown. It’s no doubt though that you’ll benefit from 5G. It’s the driving force behind the expansion of services and applications we use everyday and ushering in new possibilities into the future.

We’ve come a long way since the first wireless network, and 5G is surely going to deliver on all the promises of blazing fast speeds and super-low latency while having a massive impact on the masses. We’ve been demanding a smarter world, and 5G is going to deliver it starting in 2020. What we know about 5G is pretty exciting, but what remains unknown is the best part.