Skip to content
5G Insider > FAQ > What is 5G and Why is it Important? 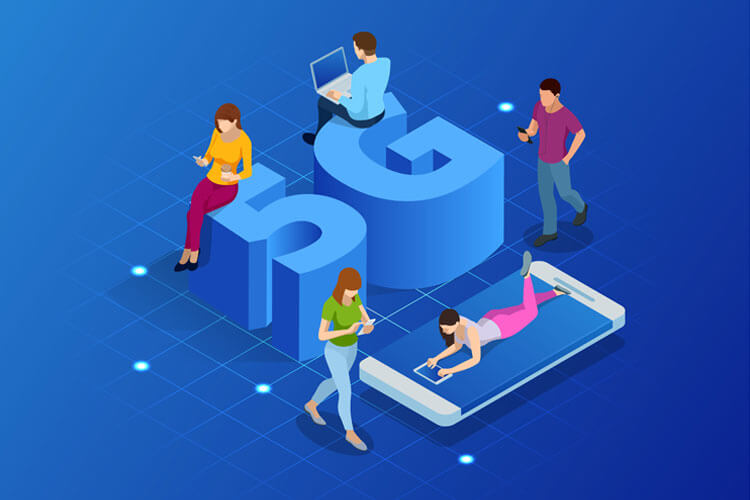 The fifth generation or “5G” is the next revolution in wireless technology that promises to deliver speeds up to 20 Gbps and a low end-to-end latency of 1 millisecond. 5G is important because it will bring powerful speeds and low latency, opening new doors for products, services and applications, while also improving our current technologies.

5G works by using new radio wave technology unlike anything previously used by 4G and previous generations. When we discuss frequencies in reference to 5G technology, we’re referring to the radio frequencies used for data transfers. If you look at how previous generations work, 1G, 2G, 3G and 4G use lower band frequencies to function, and due to the demand for faster speeds, reduced latency time, IoT functionality and so much more, the networks are just becoming too clogged to handle the demand. 5G will utilize a multi-band strategy made up of low, mid and high-band spectrum frequencies to deliver better coverage, capacity and performance.

The multi-band rollout will be crucial to how 5G will work. Let’s start with the low-band spectrum and work our way up. The low-band spectrum doesn’t have the same power output as mid to high-band spectrums, but it can cover wider areas, outside-inside coverage and interior coverage compared to its higher band counterparts. The mid-band spectrum is a happy “medium” between the two, with an ideal balance of coverage, quality, delivery, capacity and latency. By combining the low and medium spectrums, you’ll get more capacity and efficiency through the network. The star of the show is the high-band spectrum. This is the driving force behind taking 5G wireless technology to the next level with its powerful output that will effectively increase speeds, data capacity and improve latency drastically. High-band doesn’t have great coverage and can be interrupted by buildings, trees and even the weather. This is why this band is ideal for industrial IoT, indoor and outdoor technologies. In order for the high-band spectrum to be effective, ISP’s will need to build out small cells across locations for optimum high-band performance. Because each band on the spectrum has its pros and cons, a multi-band strategy deployment is the best way for 5G to become a reality and power our ideas for the world. By opening the high-band spectrum and creating space for the low-band and mid-band spectrum to work more efficiently, networks will be able to generate better data transfer capacity, low latency and unbelievably fast speeds.

We’ve dished out a bunch of tech-talk about how 5G works and why it’s so cool, but what about why it’s important for you? Let’s get down to it.

The benefits of 5G and why it’s so important to our evolving world are both endless and undiscovered. One really exciting thing expected to dominate 5G application is the expansion of the Internet of Things (IoT) world. IoT are smart devices embedded into everyday objects transferring data back and forth. Some examples can include thermostats, sprinkler systems, coffee makers, lamps all the way to big components such as engines in planes or oil rig drills. What does the expansion of IoT mean for you exactly? Imagine waking up in the morning via your alarm clock, and your coffee maker immediately switches on and starts to brew your favorite cup of joe before you’ve even contemplated getting out of bed. Or on a bigger scale, smart cities can be an actual reality, we can better understand pollution, or become more energy efficient- the possibilities are absolutely endless with 5G.

5G is important to our future because as the demand for a wireless and more connected world continues to grow, so does the need for better wireless technology to make it happen. 5G is poised to deliver lightning fast speeds and the lowest latency we’ve seen yet. Through the use of this faster connection, our devices will become more efficient, our applications and services will move forward by leaps and bounds, and we’ll be living in a smarter, more futuristic world. 5G hasn’t even fully arrived yet, but it’s already got the entire world buzzing.