Skip to content
5G Insider > FAQ > What is mmWave Spectrum? 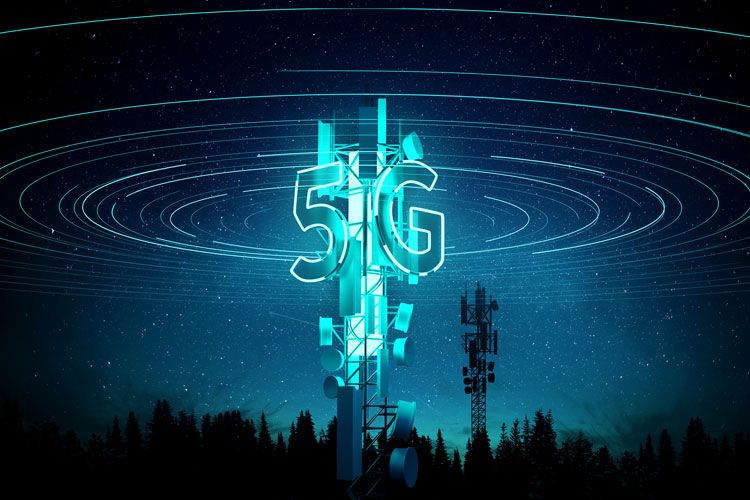 Connecting to 5G networks can be accomplished across three levels of spectrum, low-band, mid-band, and high-band (mmWave), each with their strengths and weaknesses. The higher the spectrum, the faster the speeds, and vice versa. The tradeoff, however, is that the lower the spectrum, the longer the waves and the farther data can travel. The inverse is true as well. 4G towers can transmit signals nearly 10 miles whereas mmWave spectrum is incapable of penetrating a wall within 1,000 feet of a tower. For this reason, 5G requires many more towers and equipment than previous generations, with mmWave networks requiring the most.

Multiple carriers have unleashed nationwide 5G networks such as T-Mobile and AT&T but so far no one in the United States has been able to unleash 5G mmWave across the country. The reason for this is because of the amount of 5G millimeter wave antennas that will be needed to do so in an effective manner.

Remember, high-band 5G requires more towers than other generations before it due to its inability to travel far distances. The United States is a massive landmass and so this feat will take quite some time, however, users should expect to see mmWave sooner in urbanized, dense markets such as New York City, Philadelphia, Miami, Los Angeles, and Houston to name a few. Companies such as Ericsson are continuing to find innovations and to provide components including 5G millimeter wave antennas to make high-band spectrum accessible to more customers.

With so many towers going up to make this incredible technology possible, there has been a lot of speculation that 5G would cause harmful effects to one’s health and even some theories claiming that 5G was connected to the COVID-19 pandemic. Thankfully, 5G is connected to any of the rumored negative health effects floating around on the Internet. Similar frequencies have been in use for years to help the U.S. in everything from predicting the weather to national defense. More 5G millimeter wave antennas mean faster speeds, greater applications, and more innovative ways that we can connect with people around the globe, without the deadly side effects claimed on Facebook and the like.

4G has a wavelength that can reach over a foot whereas 5G wavelengths are mere millimeters (think mmWave). 4G’s frequency is also around 700 MHz-2500 MHz while 5G operates around 28 GHz according to Verizon. The waves of 4G can travel much farther than 5G, however, due to its high frequency, and faster data transfer due to the way its coding works, and the lack of congestion due to these higher speeds, 5G waves allow for far less latency and a higher volume of data transfer. 4G waves can also penetrate walls but 5G signals are unable to do so.