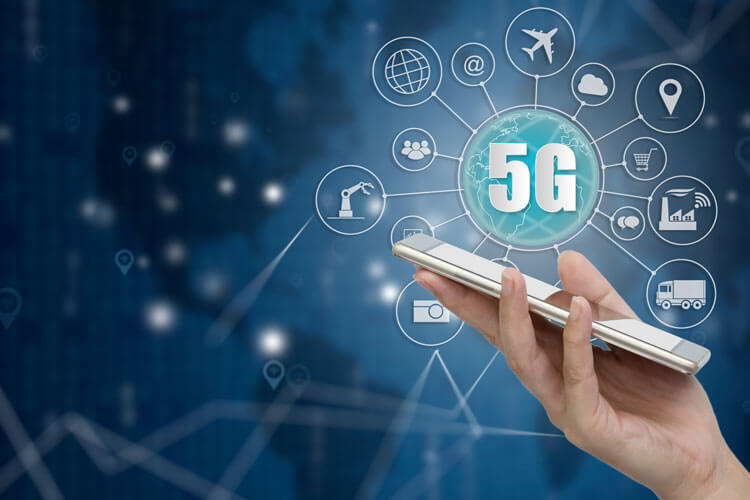 Whether you’re always in-the-know or late to the game when it comes to technology, 5G is the latest and greatest buzzword and shows no signs of leaving the headlines any time soon. It’s the next best thing in wireless technology and is hailed by some as the bringer of the “next industrial revolution.” 5G promises to deliver blazing fast speeds and the lowest latency we’ve ever had, making 4G LTE look prehistoric in comparison. But why is 5G a big deal? Let’s dive in.

5G is a big deal for two reasons: faster network speeds and low latency. You won’t have to deal with streaming disruptions, buffering, or constantly checking the status bar when trying to download a web page or video.

Okay, sounds great, what sort of speeds are we looking at though? 5G peak download speeds are 20 Gbps, and peak upload speeds of 10 Gbps. In comparison to 4G, it would take 40 minutes to download a movie on to your phone and 27 minutes on 4G LTE. With 5G, it would take an impressive 35 seconds. You’ll unlikely experience daily speeds of 20 Gbps unless you’re in the most perfect of conditions, but will have average speeds of 1-10 Gbps, which is still incredibly fast.

Focusing on speed would be doing a disservice to what potentially is the game-changing element: latency. Latency refers to the time it takes for an action to happen, or the responsiveness. The latency you can expect on 5G is one millisecond, compared to 4G LTE it’s about 20 milliseconds. The average consumer will experience daily latency speeds of 10 milliseconds or less. To put this in perspective, the blink of an eye is between 300 and 400 milliseconds.

5G can deliver these impressive speeds and low latency because of the way it works. The new technology takes advantage of frequencies on the spectrum currently unused by 4G and 3G. The current networks are clogged on the spectrum bands they’re utilizing, so with the opening of the unused high-band on the spectrum, it opens the traffic allowing more devices to connect and utilize bandwidth.

Think of it as a roadway, you’ve got one lane and too many cars of different sizes (think of devices) trying to get to the same place. 5G would open up two more lanes, allowing more traffic to pass- including bigger vehicles that need more space on the road to move down to smaller cars that don’t need much.

What really powers the chatter behind 5G is what new services and applications will be enabled. According to Ericsson, a leader in 5G technology, 5G will change the world in three ways.

As a consumer, you can expect to see a faster mobile internet, but the biggest benefit to 5G that makes it a big deal is the connectivity to everything around you. You may not see the peak speeds most networks are touting, but everything will be lightyears faster than what you’re currently using.

Over the next few years as 5G begins to hit the U.S. in a major way in 2020, you’ll begin to see little changes in your city, perhaps starting from more efficient traffic lights to energy-saving solutions for your home- or just even the simplicity of having your alarm clock connected to your coffee maker to start as soon as you wake up. The highly-anticipated speeds, applications and services are enough to have even those of us who aren’t tech savvy, really excited to see what 5G has in store for us.