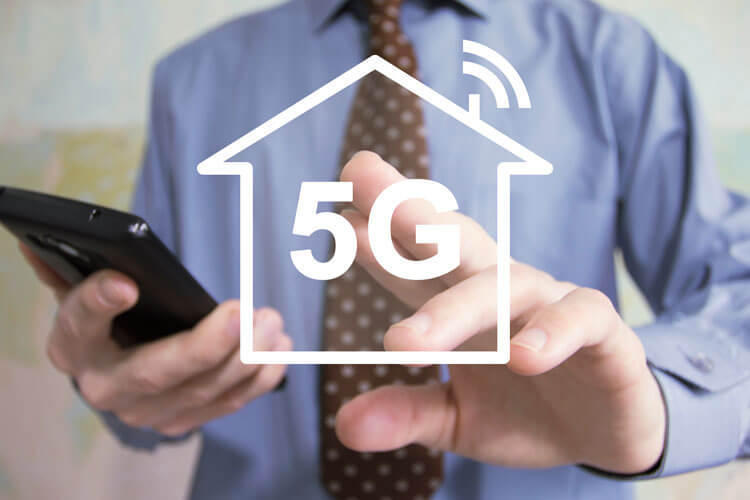 The next generation of wireless is going to be bringing unbelievable download speeds to our smartphones and tablets while we are away from home, but it will also be able to provide the same speeds for our home networks too. 5G will eventually replace your home ethernet connection but it’s going to deliver an improved network performance unlike anything we’ve ever experienced.

5G is positioning homes and businesses with the opportunity to have download speeds through fixed wireless technology that rivals or surpasses their current networks. This is particularly exciting for homes that are in rural or underserved markets as they will gain access to the same speeds as cable or fiber where they never were before. The future of 5G wireless is fast and it will transform the way we connect on so many levels. Let’s take a look at what is making this possible.

Download speeds are only part of the equation. Latency is a big part of why many online functions require particular connection types to perform properly. For example, satellite Internet can be a very powerful tool in rural markets, but they suffer greatly from latency. Latency is the delay between you inputting something on a device and it occurring. Think lagging while playing your favorite video game. A connection such as fiber allows for immediate reaction time making things like online gaming a smooth experience. 5G will remove this boundary. When it comes to latency, milliseconds count and even in its early stages we are seeing evidence from carriers such as Verizon that those milliseconds are becoming smaller and smaller. Fiber will have a legitimate competitor to contend with in 5G in part because wireless will be able to function without the lag it once had.

Is 5G Faster Than WiFi?

WiFi is used in smaller serviceable areas such as your home and can deliver incredible download speeds when connected to sources such as cable or fiber. As 5G continues to grow, it will deliver speeds that will compete with your home’s WiFi in many cases. The way 5G works is by using a multi-band spectrum strategy that can be categorized in three ways:

It is important to remember these bands because different markets will, at least in the beginning, have different bands that are being used. Low-band will help supplement coverage and provide nationwide coverage along with mid-band and will be found in rural and urban markets. High-band spectrum will be found in urban areas where there are many subscribers to fund network build-outs and the infrastructure to allow for the many towers it will take to deliver these amazing speeds. Dense, urbanized areas should see wireless connections that will match or surpass WiFi first, but rural markets will be receiving a different solution.
Companies such as DISH Wireless are excited about 5G for more than simply providing cell phone coverage. The fixed wireless networks that 5G will power are going to present rural markets and even individual homes and buildings the opportunity for private networks that are low in latency and high in download speeds. Soon, 5G will power wireless communications in a variety of ways to bring more speed, more coverage, and more solutions.