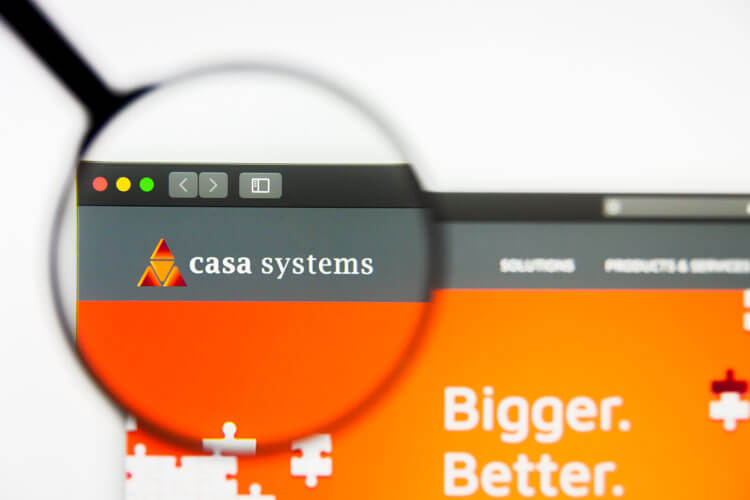 This summer, mid-band spectrum made many headlines with expectations for companies to use the band for fixed wireless networks. Casa Systems is looking to aim a bit higher.

The 5G pioneer company from Massachusetts, Casa Systems, is looking to take the future of fixed wireless networks to the next level. While many companies are looking towards mid-band spectrum to power their 5G fixed wireless networks, Casa Systems is banking on high-band (mmWave) spectrum to get the job done. The goal is to provide high-speed Internet access to personal residences across apartments and homes regardless of their market meaning whether you live in a dense, urbanized city or a rural town, your home can connect to the fastest speeds that 5G has to offer.

Casa Systems showcased its 5G mmWave customer premise equipment (CPE) named AurusAI (Aurus Artificial Intelligence) and it can provide homes with download speeds that can reach 1,000 Mbps, but this technology is bringing more than just lightning-speed connections. Previous CPE had hurdles andCasa set out with innovative ambitions and have achieved them through design and advancing its technology. The AurusAI uses intelligent, steerable antennas in a cylinder shape and can operate without the need of a technician.

This feat is not the first time Casa Systems has seen success in the world of 5G. Working with Qualcomm and Ericsson in Australia to complete a 5G New Radio (NR) data call using mmWave, it was capable of doing so over 2.4 miles using 28 GHz spectrum. It is the longest ever recorded. Casa Systems continues to make progress and has become one of the world’s largest fixed wireless vendors since its acquisition of NetComm Wireless. The purchase provides the company with plenty of experience in the world of broadband connections, including Senior Vice President, Steve Collins. “It’s fairly safe to say we’re probably one of the biggest vendors of fixed wireless access user equipment terminals in the world,” said Collins.

It will be interesting to follow Casa Systems as it has not yet announced the exact vendors it will be working on these networks with. Its past successes with Qualcomm and Ericsson could lay the groundwork for further successes. A ban on Chinese companies will also narrow the scope of who Casa Systems can work with, at least for the time being. These developments will be of particular importance to DISH Network, who recently entered the wireless field after acquiring Boost Mobile.

DISH Network is expected to continue its pursuits in the realm of fixed wireless networks with a huge summer at the FCC auction for mid-band spectrum. The approach may be different but as more competitors emerge, the fixed wireless landscape under 5G is becoming an interesting space to watch. DISH has already named many different vendors with plans to continue building its 5G network across the United States. How this network and others like it will affect Casa Systems remains to be seen.