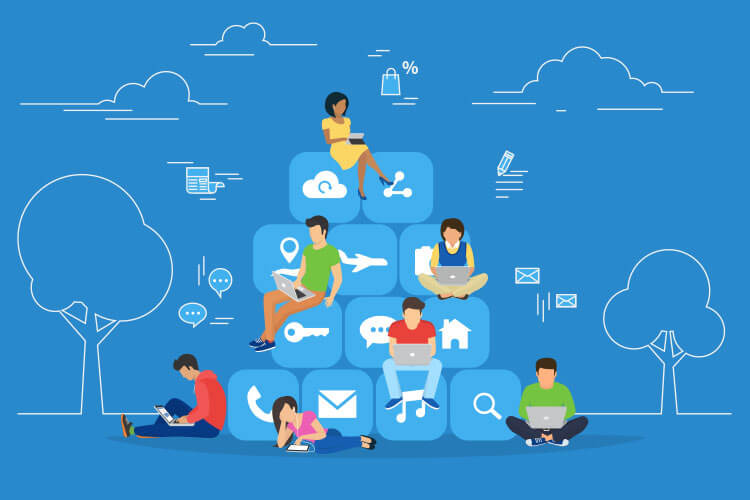 While it’s no surprise to some, the COVID-19 pandemic has everyone using the internet more than usual between streaming more entertainment or adjusting to working remotely. The pandemic has driven broadband usage up by 47% YOY in Q1, according to OpenVault, a company that collects data on U.S. cable subscribers’ usage behaviors.

OpenVault said the average user’s consumption increased from 273.5 GB in Q1 of 2019 to 402.5 GB at the end of Q1 this year. If you can believe it, OpenVault had projected that the average consumption would reach 425 GB by the end of 2020. This huge lift in usage is associated with Americans self-quarantining at home and having to work and self-entertain. OpenVault said that the projections for April were on track to go over 460 GB.

The report said, “Nearly all the growth in broadband usage we would have expected for 2020 has now been achieved in the first quarter, with much of it concentrated in the last two weeks of the quarter,” it went on to say, “The COVID-19 pandemic changed broadband usage patterns in substantial ways, perhaps permanently. Broadband operators will need to understand the implications of this shifting broadband usage behavior and plan their network performance capabilities accordingly.”

Due to the growth of the remote workforce, online learning and self-entertaining through streaming and gaming, the increased Internet usage resulted in users swapping to faster broadband tiers. The number of subscribers that swapped to giga-bit speed service grew 97% to 3.75% YOY from Q1 of 2019, whereas last year it was 1.9%, and giga-bit subscribers was also up from 34% from 2.8% from the end of 2019.