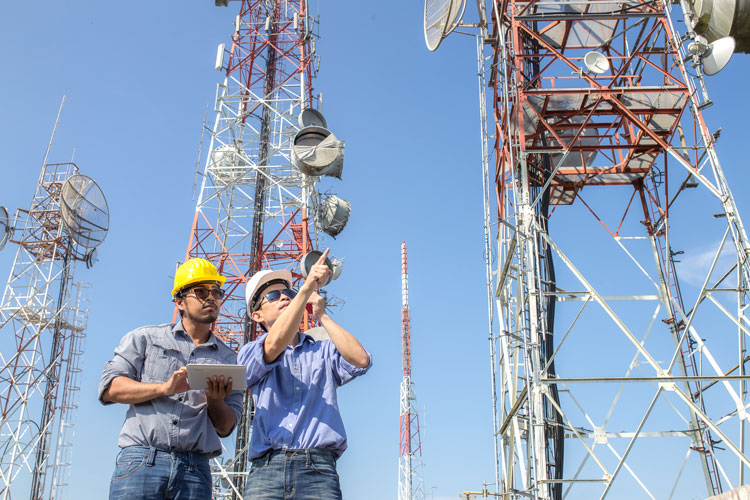 Encouraging breakthroughs found with both Qualcomm and Ericsson as they were able to reach speeds topping out at 2,500 Mbps using 2.5 GHz spectrum. This is important because as carriers continue to push for nationwide coverage with improvement in speeds, mid-band 5G spectrum will come to play a larger role throughout the United States.

The test took place in July in a lab located in Beijing using Qualcomm’s Snapdragon X60 Modem-RF system and infrastructure from Ericsson. This test could be the first successful one of its kind in TDD 2.5 GHz band. The method used was a 5G standalone carrier aggregation (CA), which uses multiple spectrum channels by combining them. After successes in helping bolster 4G networks into LTE, the method is gaining traction to do the same for 5G. Even Verizon has reported speeds of 4,200 Mbps earlier this year when it combined eight channels of high-band spectrum during a partnership with Samsung and Qualcomm.

Using mid-band spectrum is a growing trend for most of the world despite the U.S. seeing more growth in low-band and high-band spectrum. The tides may be turning, however, with an FCC auction that is seeing billions pour in for the rights to mid-ba nd spectrum. These bands of 5G will help carriers and operators transmit 5G networks with faster speeds than most can currently network but without some of the speed that high-band networks offer. Currently, T-Mobile is the sole mid-band 2.5 GHz provider in America. The wireless giant completed a merger with Sprint earlier this year and has no plans of slowing down with thousands of mid-band sites planned for deployment by the end of this year.

The final quarter of 2020 is indeed promising to be a strong one for 5G with Ericsson planning to offer 5G NR carrier aggregation by the end of the year. Lee Forland and Raquel Herranz of Ericsson brought attention to some of the more striking features that the company’s product would provide in a blog post. “Today, most common 5G NR deployments use the dual connectivity configuration between the mid-band and LTE low-band to establish non-standalone (NSA) 5G services. In contrast, our low/mid-band 5G carrier aggregation solution boosts mid-band coverage by up to 7dB versus traditional dual connectivity deployments – which, in simple terms, is equivalent to a 25 percent increase in population coverage.”

Having users on mid-band as opposed to low-band will allow for more network capacity and with companies like Nokia also seeing successes, implementing more mid-band as it becomes available will be a welcomed sight for carriers and consumers alike. Companies are still working to deliver faster speeds and to bolster their networks by relying on LTE less and providing a more comprehensive 5G experience for users. T-Mobile launched the first standalone 5G network in the U.S. this year with breakthroughs occurring with Verizon and AT&T as well.