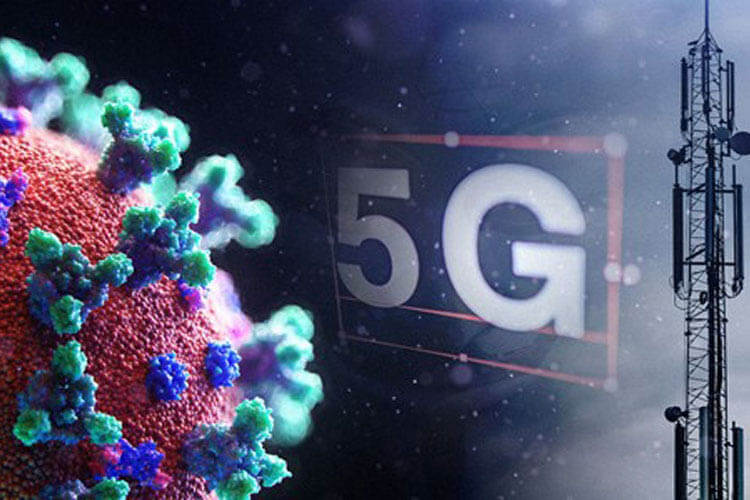 Twitter is finally weighing in on the latest conspiracy theory that 5G caused the coronavirus pandemic. The social media platform will now be adding “Get the facts about COVID-19” labels to all tweets that incorrectly state 5G is linked to coronavirus. There will be links included to credible sources, news articles, and other tweets disproving the theory.

When the pandemic first emerged, the theory started running rampant through social media platforms garnering attention all over the globe. Twitter promised back in May that they would start fact-checking coronavirus information.

Some people believe that 5G is related to coronavirus because the newest technology is harmful and produces mass amounts of radiation. This conspiracy is not new, there have been theories like this circulating for years that mobile radio waves are harmful however the theory evolved in 2020 to include the coronavirus. The most popular claim is that the 5G technology hurts people’s immune systems, making them more prone to catching and dying of the coronavirus. However, despite numerous scientific studies, there is no evidence radio waves are harmful.

Some conspiracy theories are just that, a theory. However this one has reached a new level, and in the UK people burning and attacking cell towers and assaulting telecom workers- most of which were not installing the 5G technology. These protests led to the burning of 90 cell towers, resulting in the UK’s communication watchdog to release an official statement in April declaring that 5G isn’t harmful to humans.

In the age of social media, it’s easy for misinformation like this to spread like wildfire, so social media platforms have been forced to step up and take action. In early April, Facebook deactivated two anti-5G groups and would work to remove any incorrect stories regarding 5G and the coronavirus. YouTube also stepped up and said they would remove any videos that linked 5G and the virus. Twitter, however, is not removing tweets at the current moment and instead fact-checking them.

Twitter has taken an aggressive stance on fact-checking tweets and went so far as to add fact-check labels to President Trump’s tweets about mail-in voting. They took it a step further a few days later by adding a clickthrough block on another one of Trump’s tweets regarding the George Floyd protesters, noting that the tweet went against their policies by “glorifying violence.” Recently, Twitter removed a video Trump tweeted about George Floyd citing a copyright complaint.

A spokesperson for Twitter said, “We’re prioritizing the removal of COVID-19 content when it has a call to action that could potentially cause harm,” they continued, “As we’ve said previously, we will not take enforcement action on every Tweet that contains incomplete or disputed information about COVID-19. Last month, we announced that we are introducing new labels and warning messages to provide additional context and information on some Tweets containing disputed or misleading information related to COVID-19.”