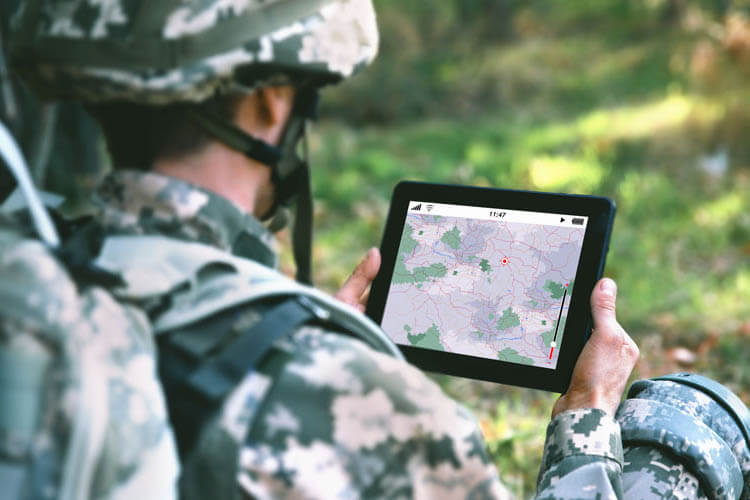 The promises of 5G reach far and wide for many everyday uses. By now, we are all preparing for faster streaming, better gaming, and the prospect of economic opportunities, but many non-traditional applications will also change the way our country operates.

The United States military will be playing a role in not only protecting the latest and greatest in wireless communications but will also look to keep our nation protected while using it. The Department of Defense has already begun testing and experimenting with the capabilities of 5G and how they will integrate it into the military. 5G will have many applicable benefits that will be used in military operations in similar ways we will use them in civilian life. 5G is smarter, faster, and perfect for improving our nation’s military to keep them and us safe when answering the call of duty. Check out these 5 things to keep an eye on as the military further implements 5G into its operations and to learn more about all things 5G, sign up for our newsletter.

While the improved logistics found in the civilian world may help things like product orders and traffic jams, logistics in the military can be a matter of life or death. Using 5G to help coordinate when, how, and where resources and supplies are transported will help troops get more while wasting less. Using 5G and artificial intelligence (AI) to determine the right amount of supplies and the right type of supplies from the point of ordering to delivering to storing in warehouses and more will help streamline communications, operations, and get things in the hands of our nation’s heroes in an efficient manner.

Automation and The Internet of Things (IoT)

Automation in the military can save the lives of many American soldiers and in many ways, it already does. The next generation of automation is positioning itself to do so in a much more efficient manner. Unmanned vehicles and devices can travel into hostile territories to execute missions while sparing human lives. With the IoT, multiple devices and vehicles can travel to perform complex tasks, rescue missions, or any other sort of application and overcome obstacles in dangerous areas removing the risk for American soldiers. Furthermore, the way we produce things in the world will change in many ways as 5G evolves before our eyes. Outsourcing the production of gear, armor, and weapons in the factory and the field to devices will empower our soldiers with the tools they need to succeed.

Gathering intel has evolved over the many years nations have waged war; however, while the methods may change, the importance remains the same. Protecting our nation’s information while also finding out the necessary data to keep Americans safe is a high priority for our troops. The latest division of the military, Space Force, is dedicated to this cause as well as protecting 5G communications and other endeavors in space. As our nation’s infrastructure becomes further intertwined with 5G technology, the threat to important aspects of our nation including power grids, surveillance, and personal information becomes increasingly real and America continues to prepare for these ongoing threats.

5G is only in its beginning and we are already seeing these threats and retaliation before our eyes. With the United States and Huawei at odds over possible security lapses, economic sanctions have already occurred. The Trump Administration as well as other European nations are worried that due to a law preventing Chinese firms from limiting access to their government and the discovery of backdoors from Huawei in previous endeavors, Huawei has been banned from assisting America in building its 5G infrastructure. The U.S. Military will continue to be vigilant as 5G networks are built further. Protecting our infrastructure, data, and military operations will see new obstacles over the next decade or so.

Basic Communication is Getting a Boost

Communicating in the same manner as we do in commercial sectors is not feasible for military operations. With 5G technology, the amount of data that will be capable of transferring between different parties will change things in the future. Being able to transfer data during critical moments over a reliable source is crucial. Information such as maps, instructions, or any other sort of relay must be done without any hiccups. Communication lines must also remain secure to protect our intel and our operations. Often various military branches using a variety of vehicles must coordinate operations when executing a mission. This can be a problem when considering aircraft flying at Mach speeds, ships located in the middle of the ocean, and troops that are hiding in remote locations will all have their own unique set of obstacles. To coordinate communications among a variety of locales and distances is one of the challenges 5G hopes to overcome and provide a better form of communication for all branches of the military.

Everyone knows that practice makes perfect which is why the U.S. military spends so much time and focuses on training our troops to be the best that they can be. Augmented reality (AR) and virtual reality (VR) are already here but with 5G they will take major steps forward in their capabilities. Instead of placing troops in dangerous training exercises, beforehand, they can be given access to realistic simulators that can prepare them for real-life training and actual operations. These exercises can help teach troops complex tasks that will be performing while gaining the soldier some meaningful experience that can be applied in the real world. AR and VR capabilities can help troops prepare for an untold number of scenarios, some which may be difficult or impossible to simulate in real-life, and also help with education and direction. AR and VR capabilities can even help prepare troops before a mission by presenting objectives, maps, and intel in real-time no matter the location to help give them the knowledge they need to execute the mission and come home safely.