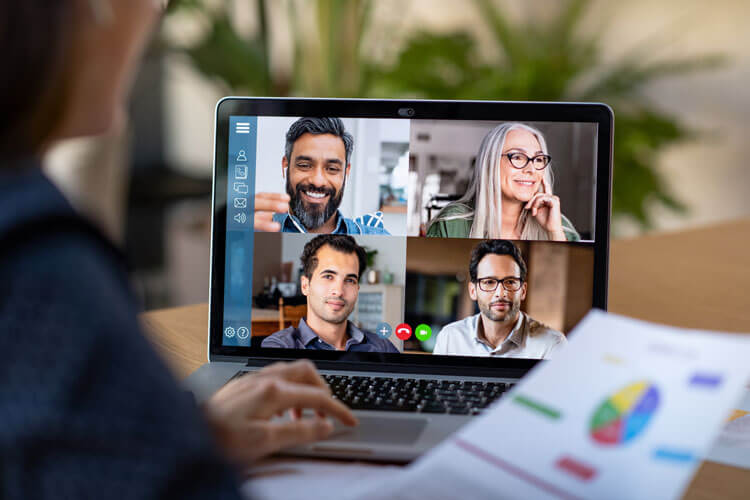 Most of the U.S. is working under lockdown and more people than ever are using the Internet to stay connected for both work and entertainment purposes. It’s exposed weaknesses to some businesses, who are not set up for remote work, forcing them to quickly adapt to what will be the “new normal” for the foreseeable future. As coronavirus takes a stronger hold of the world everyday, it’s become more apparent the dire need for 5G, advanced networking technologies and edge computing.

Outgoing IBM Chairman and CEO Ginni Rometty said, “The amount of work that will be done in a remote sense is absolutely going to change, and that is one of the things 5G enables. Because with 5G, some of the biggest uses are going to be in companies.” She explained that 5G could be used for a large number of things including remote learning to wireless factories. “I think this will accelerate those kinds of applications on the other side [of the crisis], and it will change the way that we’re able to do our work.”

Wall Street analysts at Wells Fargo noted Rometty’s comments when discussing the urgency behind the need for 5G and that it “snaps back with more breath than it would have ever had even just 1 month ago.”

Others in the industry share the same sentiment as Rometty, network executive Marc Ganzi said that the current pandemic is a great example of why reliable networks are so valuable in a time where everyone is using the Internet for both work and personal reasons. Ganzi noted that edge computing and small cells would play a significant role to ensure services like video conferencing, streaming and other services would perform.

Edge computing and small cells would be essential for a seamless performance for video conferencing, video streaming, and other online services businesses will be using moving forward.

Ganzi’s comments hold a lot of weight because he’s poised to become the CEO at Colony Capital this July. The investment company focuses largely on mobile communications, and manages $36 billion in capital in addition to $13 billion in their own investments.

In a press conference with investors at Wells Fargo, Ganzi said “These networks have to keep going.” He then went on to say that current networks aren’t designed for what’s happening in our world today and has exposed some weaknesses in those networks.

Ganzi went on to say that edge computing can help with web-based services speed by moving the computing functions closer to the customers who would be using them. This isn’t a surprising thought considering  Colony owns 20% interest in DataBank.

Small cells are what help to power the mmWave technology behind 5G. Ganzi voiced that those small cells can help operators handle the additional traffic. The small cells would also play a role into an operator’s edge computing strategy due to the fact that small cells nodes can be controlled in a C-RAN network, and that hub can be used for edge computing services.

Rometti and Ganzi aren’t the only industry leaders who believe that the world’s current situation will power a big shift in the telecom industry. Wall Street Research analysts at MKM Partners wrote, “We believe the COVID-19 pandemic has accelerated society’s transition to broadband and digitization by at least a decade, and that this trend will continue to march forward.”
Source: The Edge