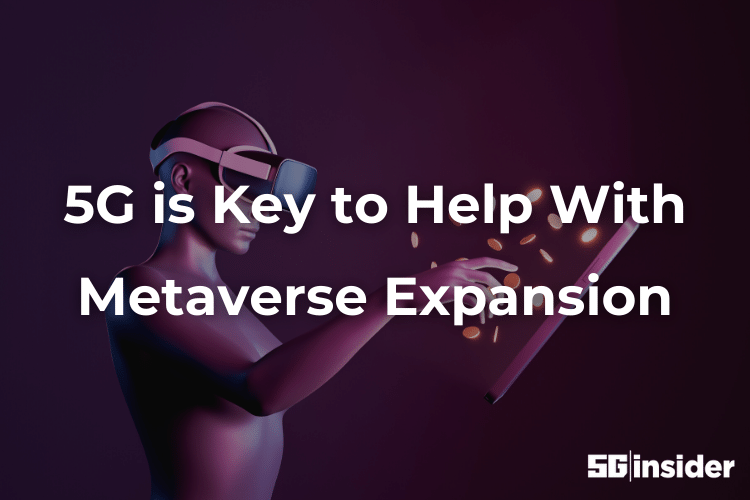 Facebook, now known as Meta, is attempting to do what we’ve only seen in movies, games, or TV shows: build a metaverse that digitally connects our entire world. The ambitious effort to create a metaverse to reach a billion people across the globe and profit billions of dollars over the next ten years is no small feat, but Meta believes that it can be done.

5G will be at the center of making this work, with Meta highlighting 5G and the networking industry to work on overall network speed acceleration, lower latency reduction, and symmetrical bandwidth advancement.

Mark Zuckerberg, Meta CEO, and founder said, “Today, we’re at the start of the next transition as we build for the metaverse,” he continued, “But creating a true sense of presence in virtual worlds delivered to smart glasses and VR headsets will require massive advances in connectivity. Bigger than any of the step changes we’ve seen before. We need to create connectivity infrastructure that can evolve as fast as technology does.”

Meta’s VP of Connectivity, Dan Rabinovitsj, said in a blog post, “The move to the metaverse is an unprecedented opportunity for the connectivity industry,” he continued, “No single company, or industry, can do this alone. Creating the Metaverse will require a global effort.”

Rabinovitsj said that it would take everyone from mobile operators, tech companies, service providers, and even politicians to make it work. A metaverse experience will “require innovations in fields like hybrid local and remote real-time rendering, video compression, edge computing, and cross-layer visibility, as well as spectrum advocacy, work on metaverse readiness of future connectivity and cellular standards, network optimizations, improved latency between devices and within radio access networks, and more,” he added.

Meta announced at MWC that the company would establish a Metaverse Innovation Hub in Madrid in partnership with Spain’s Telefónica. Like most innovation labs, this hub will cultivate the creation of metaverse-like experience use cases and other testing to bring the Metaverse to life. These testbeds will use 5G and Meta and Telefónica’s equipment and infrastructure.

One key element in making the Metaverse possible will be reducing latency. Rabinovitsj said of latency, “Today’s latency-sensitive applications, like video calling and cloud games, have to meet a round-trip time latency of 75 to 150 [milliseconds], and this could even go down to sub 30 ms in the case of multi-player, complex games.”

For other metaverse devices like a mixed reality display, the network “will need to move an order of magnitude faster – from single to low double-digit ms,” he added. “Local real-time rendering could make it possible to meet such tight latency constraints.”

Rabinovitsj said that Meta believes that remote rendering over edge cloud or even local and remote hybrid rendering will help reduce latency, noting, “Enabling remote rendering will require both fixed and mobile networks to be rearchitected to create compute resources at a continuum of distances to end-users.”

Rabinovitsj and other industry leaders hope that the low latency 5G delivers will help solve some of the issues plaguing the Metaverse. Rabinovitsj said, “The lesson of the mobile era, which brought fast, reliable internet to billions of people, shows how powerful the connectivity industry can be when it works together to serve the world.”