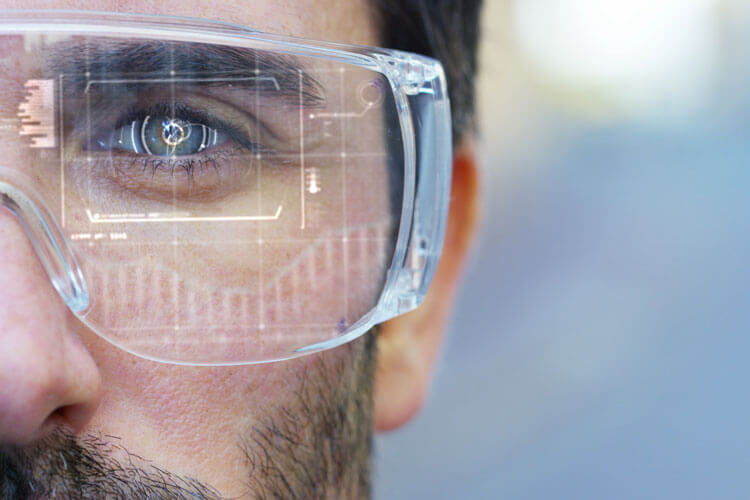 As 5G will begin to make its grand debut across the U.S. in 2020, Apple has been silently working in the background on its augmented reality (AR) and virtual reality (VR) headsets that are rumored to debut in 2022 and 2023, according to a new report from The Information. Long-time Apple analyst Ming-Chi Kuo said that the first version was coming in 2020, but there’s reason to believe the latest report from The Information is more probable because the glasses will rely heavily on 5G technology. And if there’s anything we know about Apple, it’s they do things when the technology is ready, never before.

If you’ve kept up with technology over the past few years, you’ll know that many retailers have tried to release their own AR devices but have had a difficult time because they were too heavy, uncomfortable, and drained battery power.  We have seen some success in VR in the PC gaming world but suffer the same problems and have been barely hanging on.

One of the most exciting things about 5G, is it can potentially solve some of the bigger issues with VR and AR by allowing manufacturers to build lighter and more responsive devices. The key is split rendering, which puts a lot of the processing power in the cloud. By streaming your AR and VR content directly from a server on the cloud, rather than directly from your device, it would lighten up the load on the processor, thus saving battery power and forcing the 5G modem to take on the bulk of the work.

One of the major problems with today’s 4G networks is the latency isn’t low enough, or the network’s transfer speeds aren’t reliable to pull off the AR/VR technology. 4G devices do a ton of processing directly from the phones, which has made them complex, heavier and drained battery faster, as opposed to a cloud-based device, which would operate much more efficiently.

Apple has always been big on making products as efficient as possible and has never had a problem with creating accessories that go with your phone, while still trying to maintain efficiency- especially when it comes to battery power. If you’ve decided that you’re going to run AR on your phone for hours at a time, Apple isn’t going to make your headset and phone thicker just to accommodate the needed battery power to do that. As our technologies advance and become more powerful, the more they need to learn to do with less power. Streaming solves a lot of the power-consumption problems, rather than the device itself trying to compute an entire AR experience.

Another thought is if the headset is dependent on the phone, the connection between the headset and phone need to be well vetted. The likely solution is a form of 802.11ad or WiGig, a high-speed, short-range networking standard. WiGig works on frequencies similar to the mmWave technology 5G will use, so it’s likely it will become more common as 5G rolls out and becomes the standard.

An Apple AR headset may rely on 802.11 a short-range connection to stream data from a 5G high-speed connected phone with a 3-5ms latency, thus making the headset simpler and much lighter than what we’ve previously seen.

The original rumored timeline of AR and VR headsets from Apple in 2020 are already deemed unlikely because wide-spread 5G coverage isn’t very common in the U.S. right now. We’re nowhere near where we need to be to have the low latencies and high-speeds needed to support AR and VR to Apple’s standards. Our 5G networks need to be standalone and not reliable on current 4G networks, like the current ones do.

In order to stream high-res AR and VR, we need massive bandwidth of at least 100MHz of 5G spectrum each to make it happen. For this to become a reality, we need the mmWave technology to come out faster, which is already going to take years to build out, or until the C-band mid-band, which will likely be auctioned in 2020 or 2021.

All of this to say its most probable Apple will release their VR and AR headsets in 2022-2023 because the 5G technology rollout would have settled a bit, allowing Apple to better understand what’s needed for a successful product. Apple may also have their own integrated networking software by 2022 which would give the tech-titan the ability to create an even more powerful product. In addition, Apple can assume by 2022 that most Americans will be able to use 5G networks, which would allow them to use AR outside of their homes. Another problem for Apple to solve for are new processors and screen technologies for the headsets, but its an industry-wide issue that no one has been able to solve for just yet.

While we’d all like to see AR and VR become more prevalent in our day-to-day and the prospect that the technology is closer than ever before, there are still some major bumps in the road to get past. Based on the rumor mill, we can safely assume that as much as we’d like to see Apple’s take on AR and VR headsets in 2020 its most likely 2022-2023 is a more realistic timeframe.