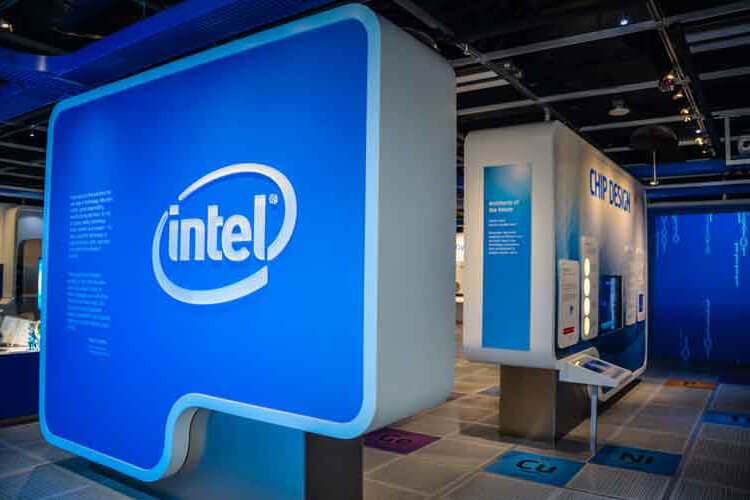 The future of communications is through 5G networks, and while many companies worldwide work to be a part of it, not everyone is going about it the same way.

As consumers and businesses await faster download speeds, smoother gaming experiences, greater forms of communication, and more, there are many corporations both foreign and domestic leading the charge on developing 5G. The future of 5G is a vast one as it has many applications in our everyday lives including the way we are entertained, communicate, interact with reality, or even how devices interact with other devices. This means that companies have many options when developing components, devices, and methods to support 5G functions.

The demand for 5G continues to grow as does the anticipation. Companies are finding opportunities to provide solutions to customers and businesses via 5G, but before these things can come to fruition, 5G as a whole has a ways to go in terms of infrastructure, testing, capabilities, resources, and the actual spectrum that will be used to transmit data. Let’s take a closer look at the ways some companies throughout the world are creating their own lane in the road of 5G.

A telecommunications pioneer if there ever were one, so, it should be no surprise that AT&T is taking the 5G revolution by storm. The company is going pretty straight-forward by building a 5G network in America; however, what is interesting is the level as to which AT&T is planning to take things. With well over $100 billion invested in the spectrum and wireless, AT&T is preparing for the long-haul in cities throughout every region of America. AT&T is planning to unleash low-band 5G network coverage for consumers across the U.S. and a high-band (mmWave) network that will deliver even faster speeds to enterprises that will be later available to consumers and combine for comprehensive coverage for its subscribers.

DISH may be known for being a leader in the world of satellite television, but things are changing. While you can still catch plenty of your favorite quality programming from the pay-TV provider, soon, you can also receive 5G coverage for your wireless devices. For years, DISH has been purchasing a lot of the spectrum, waiting for the opportunity to use these acquired bands. It would get this opportunity thanks to the merger between T-Mobile and Sprint. Expect to see DISH pop up more and more as it acquires Boost Mobile from Sprint as a part of the said merger, giving them the chance to deploy its mid-band 5G network throughout the U.S.

The concept of the Internet of Things (IoT) will come to life in fluid and possibly unexpected ways as 5G continues to improve its capabilities. With billions already being invested and a committed focus within the Japanese market, DoCoMo is working on providing 5G for fast-moving cars. 5G in theory can provide the necessary speed and lower levels of latency needed to perform many tasks 4G is unable to do including automated cars that can communicate with each other and other devices around them. The leading provider of mobile phones in Japan may soon be one of the most innovative players in the car industry thanks to its 5G initiatives.

Hailing from Sweden, Ericsson continues to push its interests within the telecommunications space and it isn’t stopping with just its native country. Ericsson is taking the initiative to work on developing 5G infrastructures in various countries across Europe and the world. Around 4,000 people were hired to support its 5G R&D operations and with its proprietary technology, Ericsson Spectrum Sharing, it can distribute the spectrum’s bandwidth accordingly across both 4G and 5G. These moves solidify Ericsson’s place in the 5G landscape and prove that the company is ready to bring the concept of a faster network to reality by supporting 5G networks through critical infrastructure endeavors.

Huawei may be in a feud with the United States for the time being, but make no mistake, this Chinese conglomerate is one of the largest telecommunications companies in the world and is poised to dominate the field of 5G. Despite hesitations from the U.S., many European nations, though not all, are still on board with Huawei even if only at a limited capacity. Oh, and there is, of course, the Chinese market, which is expected to surpass all other 5G markets by the year 2025. The technological giant also has a unique position to be a part of Africa and Latin America’s mineral extraction. As long as phones need to be created, infrastructure needs to be built, and the population of Chinese consumers remains at a substantial number, Huawei is in a good place to influence and profit off of the 5G marketplace, regardless of political or economic obstacles it may face.

As a Silicon Valley staple, Intel was presumed to be heavily involved with many 5G smartphones for consumers; however, things have changed for the company. After withdrawing from producing semiconductors for 5G phones, the company switched its strategy and will be focusing its efforts towards network infrastructure and data functions. There have been talks of Intel’s involvement in industrial efforts such as IoT applications, manufacturing, and developing heavy machinery powered by 5G.

Phones tend to take center stage when it comes to the anticipation of 5G but with one of the world’s leading computer manufacturers, Lenovo, it’s no surprise that computers are king. 5G is promising some impressive download speeds and as more and more devices begin to connect and collaborate, it makes perfect sense that the way we connect computers may never be the same once 5G further along with its development. Powered with impressive components from Qualcomm and already in development, the laptop of the future may be here before you know it, thanks largely to Lenovo.

Nokia bills itself as a world leader in 5G. Considering the company is tackling 5G infrastructure across the world, has signed a $3.5 billion deal with T-Mobile to bolster its 5G network, is collaborating with some of the other biggest brands in 5G, and has begun testing 5G operations in a wide variety of markets globally, we’d say they are living up to the claim. The Finnish telecommunications powerhouse will look to continue its momentum and expand 5G infrastructure to help power the devices and networks we use.

Rising through the ranks of popularity, OnePlus is a Chinese smartphone manufacturer that has positioned itself within the market by providing affordable mid-range phones. The old adage goes “if it ain’t broke, don’t fix it”, and OnePlus is following this advice. As 5G phones begin to become available, consumers will notice that there are some expensive options in comparison to what we may be used to in a handset. The future’s looking bright for OnePlus if it can continue to fulfill a need in a market looking for quality that won’t break the bank.

Inside many of our favorite devices, tucked away under a case that protects, a screen that displays, and surrounded by many other components are probably some of the most innovative processing chips known to man. Qualcomm is the company responsible for creating them. Luckily, the company is going all-in for 5G and we couldn’t be more thrilled. The San Diego superstar of a company owns 15% of all 5G patients, has 42% of the smartphone chipset market share, and began creating 5G modems and antennas before anyone else in 2018. With over $6 billion from licensing deals already, Qualcomm is ready to power our favorite 5G devices today and for years to come.

Samsung is a household name for many reasons, but in recent years, the South Korean technology company has been a dominant force in the smartphone industry. It has also stated that it has ambitions to control 20% of the market share by 2020. Samsung is not just looking to dominate the market but do so with innovative, high-end devices such as its highly anticipated Samsung Galaxy Fold 5G. After some design issues, the foldable smartphone hit the market in September 2019 and has been an engineering and technological marvel since.

One of the surprising developments in the 5G landscape has come from the Japanese electronic powerhouse Sony. While it delivered a prototype of a 5G phone in 2019, the company is actually expected to tone down its smartphone operations due to the infancy of 5G networks, an increase in competition, and a lull in phone sales. Though Sony is cutting its phone efforts, it is in a great place to benefit from 5G due to its various streaming services.

The 5G race is far from over but T-Mobile has a bit of a lead, depending on who you ask, due to its proclamation of America’s first nationwide 5G network. The company has recently merged with Sprint and we can expect to see this move and further development help bolster its 5G network capabilities, but at least for now, their strategy seems to be focused on reaching low-band 5G in as many markets as possible. On top of its American efforts, T-Mobile is prepared to create 5G technology in Austria.

Verizon has ambitions to develop a nationwide mmWave-backed 5G network that delivers the best speeds 5G has to offer. The carrier intends to provide subscribers with a consumer network that downloads faster than ever before and innovative commercial aspects that can change the way things operate in various industries.

Though some Chinese smartphone manufacturers have made headlines for some concerning reasons, Xiaomi has stayed clear of such controversy and is ready to unleash its mid-priced smartphones throughout the United States, Europe, and India. As more consumers turn to less expensive access to 5G networks, Xiaomi stands to find itself ready to fulfill the demand brought on by consumers.

Logistics and manufacturing industries stand to gain a lot from the benefits 5G will bring businesses. ZTE from China is helping bring these functions to life through innovative applications. It is even working on 5G wireless Virtual Reality features and robots that can be controlled by humans via 5G networks. Everything from factories to entertainment to the travel industry can benefit from the technology ZTE is developing for the next generation.

Get More 5G Updates With Our Newsletter

Stay up-to-date with the 5G Insider Newsletter for more news, coverage plans, device specs, and plenty more. 5G Insider is dedicated to keeping up with the latest trends and updates so check back early and often for more content.