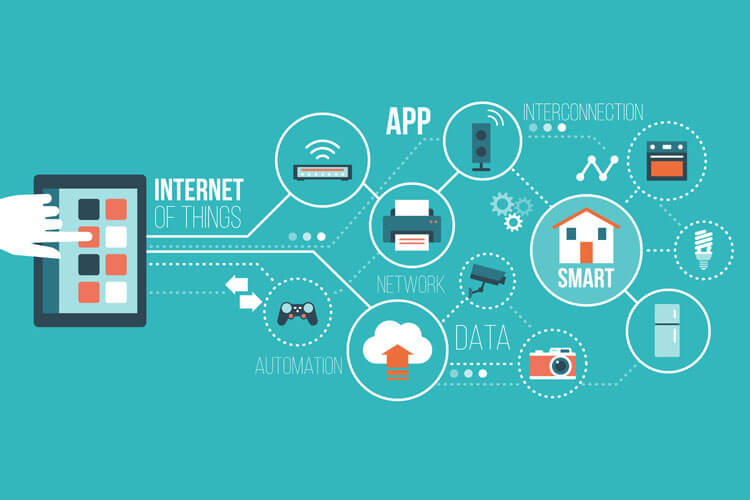 5G is emerging as one of the hottest topics in tech chat and is 100% worth all the hype. 5G is the fifth generation in wireless technology and will greatly impact wireless communication as we know it. 5G brings more data transfer capacity, blazing-fast speeds and a super-low latency that will power a new world of possibilities and connect everything around us. One of the most exciting things about 5G is the impact on the Internet of Things (IoT). But just how large scale will the impact be? We’d say…pretty big, let’s discuss.

Another hidden gem of 5G is the increased data transfer capacity. If you think of our current world, almost everything is connected to a network. Your smart watch, phone, security alarms, motion sensors, and the list goes on. A recent study by Gartner forecasts that there will be 20.4 billion connected devices in the world by 2020. Our current wireless infrastructure doesn’t have the capacity to support so many devices without a huge lag in performance.

What makes 5G technology so cool, is that 5G utilizes a multi-band spectrum strategy and the use of mmWave technology to boast higher speeds and low latency, but it clears network congestion so devices can connect through different parts of the spectrum, rather than all on one. For example, imagine 4G as a two-lane highway you’re traveling and you’ve got a mix of small cars, trucks and freight trucks all going the same direction. Some vehicles take up more of the road than others, causing small back-ups or traffic stops. 5G is like opening an additional third lane. It gives room for more vehicles to travel, so less traffic on the road and you can drive faster. This logic is especially important for IoT because with so many devices all needing to be connected, performance can suffer because there just isn’t enough room on the road for the signal to travel efficiently.

IoT is built on a world of interconnected devices working in real-time and depends on continuous data transfers, making this need for constant and consistent data draining on the networks bandwidth. Because of the improved all-around 5G technology performance through the combination of fast speeds, low latency and increased network bandwidth, you will see IoT will become more prevalent in our day-to-day from our homes to the outside world due to the new 5G technology.

5G will empower a rise in smarter technology across multiple industries and it’s absolutely thrilling to see where it goes. According to Telit, these are the industries that will greatly benefit from the 5G IoT enhancements:

Likely if you’ve watched futuristic movies or TV shows and seen self-driving cars, you’ve wondered what a world with autonomous cars would be like. With 5G, driverless cars will become a reality. One of the main issues with self-driving cars has been the need for consistent communication with the other cars and the world around them. From traffic lights, roadways, signs and other cars around them, self-driving cars need to be able to connect with sensors (IoT) in real-time. Autonomous cars will depend heavily on 5G’s networks because 5G can support millisecond-level latency, high speed, and network capacity needed for those futuristic cars to work because it’s absolutely crucial there’s no delay in signal.

Another cool IoT application made possible by 5G are advances in modern medicine. We’re already familiar with virtual doctor visits, but think bigger to wearable medical devices or surgery that can be done from thousands of miles away? Both ideas depend on instantaneous data feedback, and 5G has the power to deliver it.

If you’ve ever thought you’d love to sit in traffic less, 5G can actually make that happen. (No really.) With sensors sensibly placed to measure current traffic conditions, they can relay data back in real-time to traffic lights. By doing this, the lights can change according to live conditions and the number of cars on the road, rather than depend on timed lights. An added bonus is that this will decrease the time people spend on the roads and help improve a city’s air quality.

If you’re looking for a simple ways IoT can improve your life at home, what about a home that’s ultra-energy efficient? Your home would be able to regulate its own temperature based on number of people in the home, number of appliances, and other measurable factors- optimizing your power usage. Pretty cool right?

These are just a handful of examples of innovative ways 5G will affect IoT in the coming years, with more possibilities in the pipeline. Widespread 5G coverage will take years to rollout due to the major expense and infrastructure overhaul to make it happen, thus the adoption of IoT services and applications will be slow and steady too. There’s no doubt though that 5G will play a significant part in transforming IoT and how it will drastically impact the way our society and businesses operate.