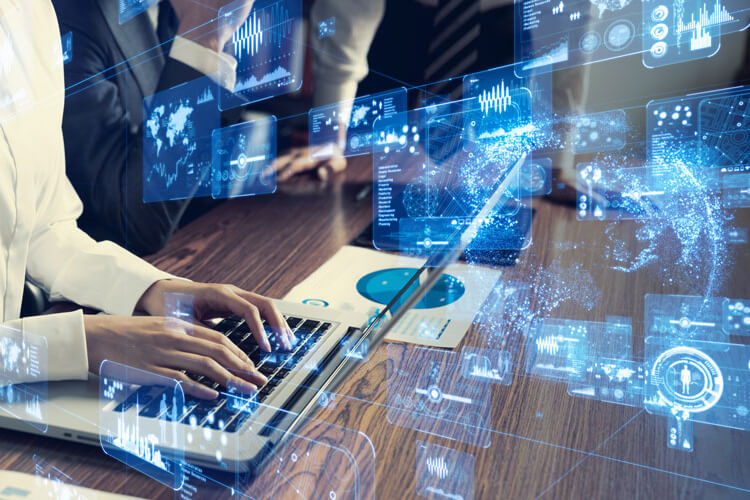 If you’ve been keeping up with tech news and all the chatter around 5G or just watching television and notice carrier commercials touting their 5G networks, you’ve likely wondered what is 5G and how it works. Without getting too technical on what’s a very complicated subject, we’re going to breakdown how 5G works in terms that makes it easy to understand and get excited for!

Where 5G came from

Before we jump into 5G, we’ll quickly explain what 5G is and where it came from. 5G is the fifth generation in wireless technology and is the next step above the 4G you’ve come to know since released in 2010.

5G is the next evolution about 4G and can deliver peak theoretical speeds of up to 20 Gbps at a one millisecond latency. It’s about as instantaneous as you can get. Speeds this fast will power a new world of services and applications most haven’t even thought of yet. Not only will you be able to download an entire HD season of your favorite show within seconds, the world around you will become smarter too. Think smart cities, self-driving cars, huge leaps in augmented reality (AR) and virtual reality (VR), and so much more. Read more on why 5G is a big deal for a more detailed breakdown of all the cool applications of 5G. In addition to the faster speeds and low latency, 5G will also increase network capacity, making networks more efficient. So the next time you go to a sports event, you won’t have to worry about your phone functioning slower, the networks will actually be able to handle the increased capacity.

Although 5G is just slowly rolling out across the U.S., it’s going to be a huge improvement from 4G in a number of ways. 5G will be able to send and receive data far more efficiently than 4G and be able to support more devices than 4G without a drop in performance, like we stated above!

This is where we’re going to get a bit technical explaining just how 5G works. Currently, 3G and 4G networks are built across what’s called a spectrum. The spectrum is divided into three bands, low, mid and high. Devices use frequencies to send and receive data, and those frequencies are relayed on that spectrum.

The low band frequencies, aren’t the most powerful, but can provide mass coverage across areas as well as interior coverage- much better than its mid and high band counterparts. The mid-band can be called the “happy medium” because it delivers a balance of coverage, quality, latency, capacity and delivery. When combined, the low and mid band you get more network efficiency. The star that’s driving the 5G evolution is the high-band spectrum. The frequencies that travel on the high-band spectrum pack a punch in speed and latency, but there is one major drawback to the high-band. Unlike the low-band, the high-band frequencies can’t travel far and are easily disrupted by trees, buildings, weather and other structures.

In order for carriers to build out a 5G network using that high-band spectrum, they’ll need to build what’s called small cells, or easily described as “mini cell towers” over dense areas to keep those high-band frequencies going. This isn’t an ideal solution for places like rural America, where thousands of these towers will need to be built for those highly concentrated frequencies can maintain coverage, which is why all the carries will be implementing a multi-band strategy for their 5G networks.

If you think of 5G as a two-lane highway, a lot of cars traveling in the same direction can get to be congested and slow down traffic. By opening up the high-band, or an additional lane, it allows for more cars to move more efficiently and faster and allows for more cars (or devices) to travel. Opening that high-band spectrum, the low and mid-band spectrums will be more efficient, making for better connections all around- including rural America and suburban areas where the high-band frequencies won’t be efficient. 5G will boost network capacity by 4X over our current systems by leveraging more bandwidth and advanced antenna technologies.

5G is exciting because of what it can do for our day-to-day lives. As we stated above, the improved speeds, network capacity and low latency will power services and applications that haven’t yet been invented. You’ll see a huge movement in Internet of Things, and more connected devices than ever. Some exciting applications include smart sprinkler systems that measure automate based on the weather, or traffic sensors that change the signals based on the influx of traffic- eliminating traffic problems and improving air quality. Pretty cool right?

5G no doubt will bring amount mass changes to our world and will power some pretty cool things. 5G can be pretty technical to understand, but the simplest way to explain how 5G works is a multi-band strategy that improves network speeds, latency and capacity.