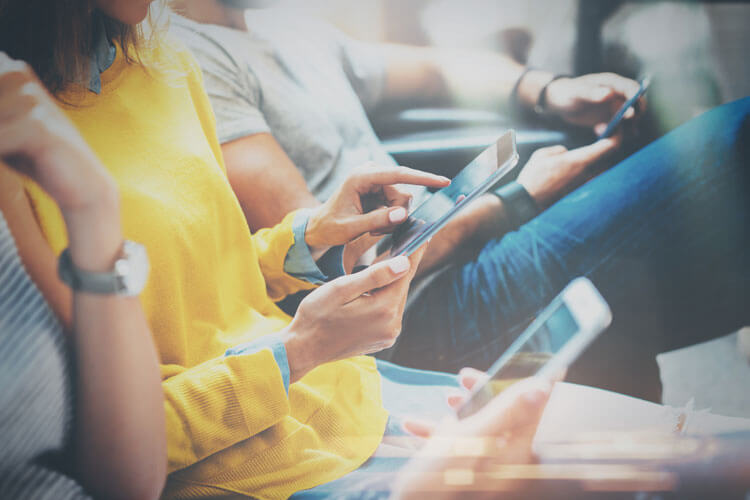 The upcoming years in technology will be groundbreaking as a new framework will be introduced around the world — 5G cellular technology. 4G offered people faster mobile internet, web browsing, streaming of shows, and movies at a speed that was 100X faster than 3G. The implementation of 5G provides users with speeds up to 100 Gbps depending on their area, making 5G 100X faster than our existing 4G network.

When a new update to Wi-Fi rolls out, new health concerns emerge about the latest technology and how it will affect us. Despite the technology being new, arguments about the impact on human life remain the same.

Radiation is a reasonable concern as some feel the new and more powerful network will open us up to increased radiation as scientists have yet to show how 5G will not be harmful to us. The World Health Organization (WHO) has stated, the radiation could be “possibly cancerous,” and further work on the technology should be stopped until a determination of safety is established.

Thankfully research has informed us that 5G poses no threat to humans. According to the electromagnetic spectrum, there is some radiation that interacts with our body on visible and heat levels. The radiation we receive from microwaves is considered a low energy signal, because it’s between a millimeter and meter of radiation, so it has minimal impact on us even though it’s unavoidable. Microwave radiation is a combination of molecules from the atmosphere, significant signals, and aftermath from the Big Bang, all coupled with our human-made creations like radios, bluetooth, and other Wi-Fi signals.

Humans are unable to see everything, especially high levels of radiation like X-ray, gamma-ray light, and ultraviolet light. Radiation in large quantities isn’t good for living beings, but in moderate doses, even high-level radiation can pose a threat. Reason being when light interacts with objects, it can only do one of three things:

Plants are green because they are unable to absorb green light, so their only choice is to reflect the green light. Ever wondered why food could cook in a microwave? Water molecules absorb the radiation that microwaves give off, resulting in food getting heating up. When you expose your skin to direct sunlight for long periods, it’s recommended to wear sunscreen, and that is due to the ultraviolet rays the sun produces, thus resulting in burns on the skin. This is another reason we wear lead vests when we are getting X-rays, is because that form of radiation can cause severe damage to the body. High energy radiation can cause cellular damage so severe, it can be fatal despite the size of the dose.

Ionized radiation is what causes the most damage to not only humans but all living things, hence the strict regulation on how much radiation anything can give off. But you also have non-ionized radiation, which given its energy level, can emit thermal energy resulting in heat, and sometimes heat isn’t a good thing. Too much thermal energy can heat up living organisms to the point of destruction.

Given all of the points raised, the question of whether 5G is harmful to living things is valid. Some will say that Wi-Fi has already been harming us well before 5G came about, and it’s currently causing health issues in humans as many think it is carcinogenic (cancer-causing agents.)

Having a portable radio or boombox in close proximity poses a greater risk to your body radiation-wise than the 5G device you’ll carry around everyday.

According to Dr. Alex Berezow of the American Council on Science and Health, a lot of research has been directed towards the belief that 5G is safe, and if there was enough proof to show otherwise, then a reassessment would be made on the health risk.

The people who receive the highest exposure to 5G radiation are the electrical and construction workers who build and install the towers necessary for the implementation of 5G around the world. Installers are about four inches away from the radiation, as opposed to the general population that are at least 33 feet or more from the towers.

The United Kingdom has a group of workers called the National Register of RF (radiofrequency) Workers. The group is comprised of RF workers, and they look into the health and safety RF radiation has on the body. The radiation exposure UK workers experience is five times more than the general population, but still, there is nothing that supports they experience a higher risk of cancer or any other health issues.

Proper measures are still taken to ensure safety, like having an exclusion zone of 10 meters around the towers that produce higher levels of radiation. As long as you’re outside that exclusion zone, you’re safe. A receiver/transmitter that’s on a building or put somewhere high off the ground will be safe for anyone underneath, again as long as there’s that 10 meter exclusion zone.

The pros of 5G genuinely do outweigh the cons. The high-speed connection 5G will provide consumers and the technological benefits we will experience due to 5G changes the way we rely on devices today. Autonomous cars, smart lights for our homes, thermostats, and much more are just a starting place to what 5G will offer us in the coming future.

The world has so many hazards that we as a society interact with on a daily basis, but rest assured 5G is not a hazard. We must put our trust in scientific evidence and not conspiracy theories driven by fear.