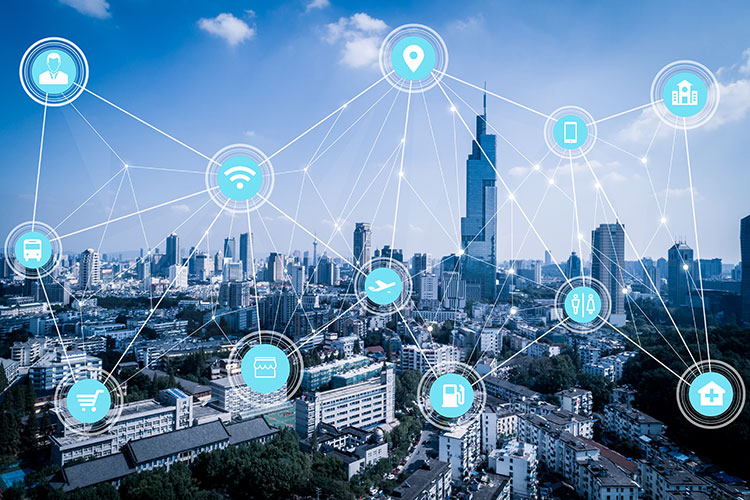 We live in an innovative world where technology is constantly evolving, and it’s seemingly not enough that our wireless technology has only ever evolved five generations since the 1970s, putting our wireless evolution about every 10 years. It’s not exactly fast innovation when you think about how mobile devices are outdated just about every two years when the newer and sleeker models come out.

5G will be significantly faster than any previous generations before it in both speeds and latency. 5G is poised to deliver latency as low as one millisecond, making applications like augmented/virtual reality a reality. 5G also promises to deliver 100X faster speeds, up to 10 Gbps. In addition to increased speeds and an instantaneous latency, we’ll also see an increase in 5G connection density, which will allow IoT devices and sensors to connect in a small area.

Each generation of new technology has brought about new improvements in bandwidth and speed that has caused a massive overhaul of devices, applications and new uses. This trend will be no different with 5G and edge computing will play a crucial role in 5G connectivity.

Augmented reality (AR) and virtual reality (VR) are two applications that have been significantly limited because they have always depended heavily on high-bandwidth, low latency networks.  Because of 5G, AR/VR can become a bigger part of reality and create applications that will actually change our lives.

Most companies aren’t waiting around and have already been working on making immersive VR a real thing. QuarkVR, a Bulgarian company, has developed software that allows low-latency VR streaming by using a software solution that delivers low-latency compression and wireless transmission. The overall user experience is improved by providing a hardware-agnostic solution.

This new technology will change the way customers purchase and allow them to buy with confidence. Eric Weber, the chief experience officer of Prolific Interactive notes, “The return rate for shoppers that use the augmented reality function is 22% lower than shoppers who don’t use the tool and buy the same product.”

AR can dramatically help improve field service applications by providing a physical rendering of parts that aren’t always visible, thus detecting issues that can be usually hidden, allowing engineers to take care of problems that arise more efficiently. Such improvements with AR would reduce errors, lower costs, and improve efficiency. One company that’s successfully implemented AR solutions for field service, OverIT, reported that customers have increased productivity as much as 43% and saw an impressive decrease in error rates of 30%- all by using AR.

5G will finally provide the necessary infrastructure for mass amounts of connected devices that can transmit data at high speeds, enabling an entire network of real-time data applications.

Sending large volumes of data to a central place or cloud to be analyzed to generate real-time analytics isn’t very practical, so application architects will need to collect and dissect the data needed, and then send the summarized data to the central processing location.

With all the mass amounts of data coming in now as a result of this technology, data fabrics is becoming increasingly popular to connect real-time data to distributed assets and systems. Data fabrics, is an approach that helps organizations better understand and deal with fast-growing data. Companies then can leverage the computing power from edge devices to the cloud and improve costs and reduce application complexity.

Geographically spread sensors at the edge allow analytics to be done in real-time. For businesses that use multi-cloud deployments, data fabric is essential because it allows data to be shared through public cloud data centers for analysis.

Machine learning (ML) and artificial intelligence (AI) will see a lift from a 5G rollout because of the increased number of devices capturing data and sensors that can be deployed within a square mile. More data streams

Machine learning (ML) and artificial intelligence (AI) will also see a huge lift from a 5G rollout because there will be more devices and sensors gathering information that can be deployed within a square mile. More sensors and devices will result in a higher volume of data streams, which will increase the need for capturing and analyzing that data on demand.  As a result, upgraded devices with the proper processing power will appear on the edge.

A great example is Amazon’s DeepLens device, the world’s first machine learning-enabled camera that can be used to create a computer vision application consisting of a model from Amazon SageMaker. The DeepLens device runs on an Ubuntu operation system, with 8GB of RAM can process 100 GFLOPS.

ReadToMe is another 5G-enabled application that reads books to kids simply by showing it the page you want it to read. This handy application uses computer vision and deep learning combined with AWS services.

Companies that are already selling devices at the edge are going to be really popular when 5G becomes more mainstream to the public and the wireless standard. What will be even more powerful is device orchestration at the edge. Think of a world where devices within a certain proximity of each other were able to share and integrate resources to create a massive device ecosystem that’s more powerful than just one standalone device.

Companies like Samsung and Apple are already in a great position to rule the edge, due to their already existing network of connected devices on the edge. If you own a mobile phone, you’re already a part of a huge opportunity to connect and utilize the power at the edge, because you’re essentially carrying around a supercomputer in your pocket! Clients will be become larger to possess more processing and storage power on devices that can handle the bigger demands that AI/ML and AR/VR applications have.

5G is more than just higher speeds and a low latency, it’s an important architectural component of the cloud and 5G will be the driving force behind new services, applications and devices.