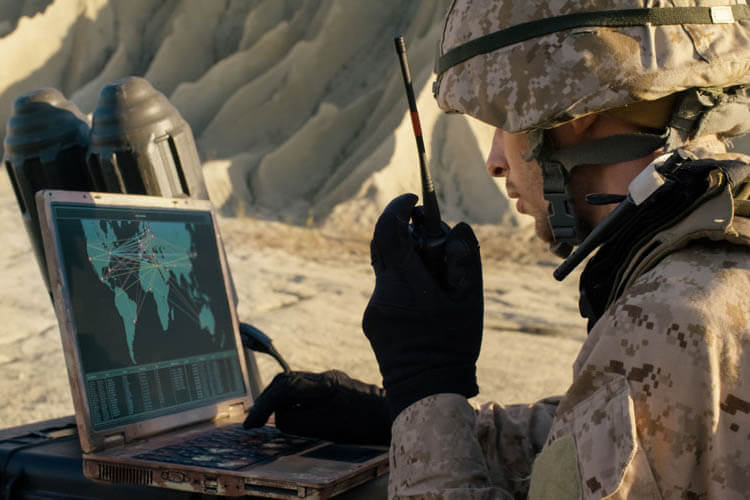 As 5G begins to become a prominent part of our future, the US Defense Department is looking into expanding areas where its testing 5G networks and the Army Research Office is researching how it can use 5G devices.

In an exciting new venture, the ARO has teamed up with the University of Lille in France as well as the University of Texas at Austin to find ways to make switching to and from 5G network 50 times more energy efficient.

“All these communications systems use switches to switch between different frequencies,” Pani Varanasi, division chief of the materials science program at ARO told Federal News Network. “When they do this there is always some energy loss. What we’d like to do is minimize the loss of energy. Using 5G you’ll be downloading a lot of data and your battery will go dead pretty soon and you’d have to recharge often. That’s not very convenient for consumers.”

The team’s switches use nanomaterial hexagonal boron nitride and Varanasi noted that components in current devices need to use less energy. According to ARO, “The structure of the switch involves a single layer of boron and nitrogen atoms in a honeycomb pattern sandwiched between a pair of gold electrodes. Hexagonal boron nitride is the thinnest known insulator with a thickness of 0.33 nanometers.”

Currently, the switches are being used for 4G phones but for 5G phones to connect to the spectrums for 5G, they’re built using different pieces.

As it stands, the 5G switch concept is still early research stages and will likely take a while before it can be used. Research into this endeavor is being conducted through a grant from ARO plus a Presidential Early Career Award for Scientists and Engineers, the National Science Foundation and the Office of Naval Research.

Cell phones won’t be the only devices that can use the switches, satellite systems, smart radios, configurable communications and Internet of Things (IoT) all can benefit from the switches.

The ARO stated, “These switches can be realized on flexible substrates making them suitable for soldier wearable radios and communication systems that can benefit from the improved energy efficiency for longer battery life with faster data speeds as well as other defense technologies.”

The Department of Defense just announced earlier this week that they’re further testing 5G networks. There are seven new bases plus the five already previously announced that will have 5G ship-wide connectivity, augmented reality (AR) support of maintenance and training and wireless connectivity of forward operating bases.

Joseph Evans, DoD technical director of 5G said, “This latest tranche builds upon DoD’s previously announced 5G prototyping and experimentation plan, as well as the recently released Department of Defense 5G strategy,” he continued, “The bases that were selected were selected for their ability for large scale test facilities to enable rapid experimentation, as well as dual-use application prototyping.”