Skip to content
5G Insider > Technology > What Exactly Is 5G? 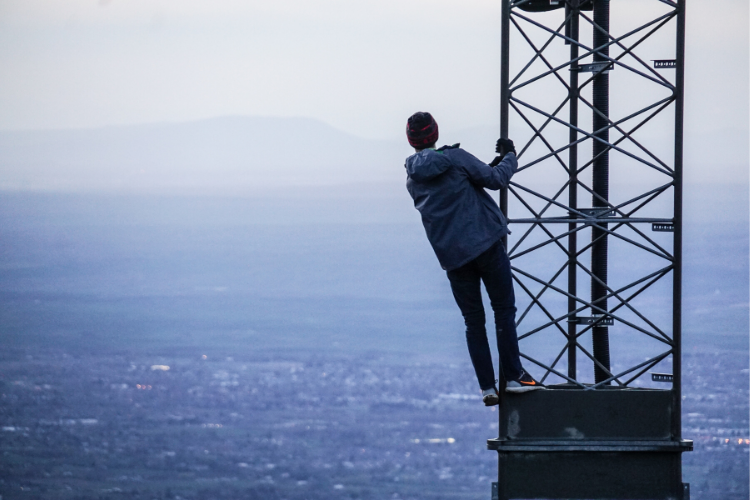 If you follow the wireless space in any form you have likely read the term “5G” a couple hundred times at this point. As a result, a lot of people have been finding themselves asking the same question: What exactly is 5G? Let’s take a closer look at what 5G is, and more importantly, how 5G will change the life of the average consumer.

5G is the abbreviated term used to describe the fifth-generation cellular network. Prior to 5G, 4G was the wireless service that most mobile devices around the world have been using. The differences between each wireless generation tend to come down to the speeds the network can support, and the different encoding methods, or “air interfaces”, that the network utilizes.

As more 5G networks are launched, more hardware manufacturers are going to produce 5G-capable equipment. Samsung, for example, released a slew of 5G-capable phones in 2019. Apple is slated to release their first lineup of 5G-capable devices in the fall of  2020.

To begin to understand the impact nationwide-5G networks will have on the day-to-day lives of average consumers one only has to think back to how the 3G network revolutionized the way people use their smartphones. Suddenly video could easily be streamed over a mobile network. Mobile-pay solutions became prominent and convenient. Social media even changed as more people began to embrace live-streaming. 5G is set to transform the way people think about wireless networks in a similar fashion.

Yes, 5G is going to be fast, but it’s going to do more than just affect cell phone service. A true 5G network will change things like the robotics industry, the internet of things (IoT) and even the way autonomous vehicles operate.

It’s important to understand that there are multiple types of 5G networks—low, middle and high. The difference between each comes down to how many channels are available and how wide they are.  Many wireless carriers in the United States have already released 5G networks in small areas around the country. However, most of those networks are low-band networks. While they are technically 5G, they are not delivering the blisteringly fast speeds that most expect from a 5G network.

A big differentiator between different 5G networks is the range at which the network can broadcast. The low-band network travels far but isn’t a wide band, so it’s rather slow. The mid-band network offers faster speeds, but doesn’t have a lot of range. The high-band network is the real new technology that will offer fast speeds at great distances. AT&T, T-Mobile and Verizon are already offering some high-band services in specific test areas around the country.

Currently, low-band 5G and high-band 5G are not compatible. That means one device will not be able to receive both types of signal. That is expected to change as more powerful 5G-devices come to market. In fact, Samsung’s Galaxy S11 is rumored to be the first phone that can handle both network types.

It’s hard to predict just how 5G is going to change the world. Yes, Netflix will stream faster but that’s not a real game changer. Robotics is something that will likely change. Imagine a doctor remotely controlling a robotic surgery with no lag time over a 5G network. Or someone autonomously driving a car, ship or plane from thousands of miles away with no delay. Those are the types of things that a 5G network will make possible.

Virtual and augmented reality is another space that will take leaps forward when 5G becomes widely adopted on the open market. With 5G delivering speeds of up to 4.5 gigabytes per second on a mobile network and next to no latency, every smartphone can be transformed into a VR device, anywhere at any time.

Those innovations are not going to happen overnight. 4G was first released in 2010, but the applications that defined 4G didn’t come until much later. As PC Magazine points out, “Snapchat came in 2012, and Uber became widespread in 2013.” Based on that, we can expect the big new 5G applications to start appearing in 2021. The industry will likely be in a fairly constant state of flux leading up til then as the wireless carriers duke it out to see who can create the best 5G network first.

5G is already available in many urban areas in the United States with more networks expected to come online in 2020. The biggest hindrance at the moment is the fact that most consumers don’t yet have a 5G capable smartphone. All of that will change over the next year. 5G-capable devices are going to be the norm in 2020, and as consumers trade old devices in a lot more people are going to find themselves utilizing a 5G network.

This wireless revolution is not just happening in the United States. The United Kingdom already has 5G networks in place throughout most of the country. China already has ultra-high speed 5G networks in over 50 of their cities, with more coming in 2020. Other countries like Switzerland, South Korea and Germany have announced their 5G ambitions and are not far behind.

5G will soon be the norm throughout the world, but the networks are expensive to create and take time to get operational. All of the major wireless carriers will offer high-band 5G networks at some point, but that isn’t going to happen overnight. If you are someone who likes to be an early-adopter of new technology, purchasing a 5G-capable device now might be a great idea! If you’re not, there’s no harm in waiting until the technology is more ubiquitous.