Skip to content
5G Insider > FAQ > What Will 5G Enable? 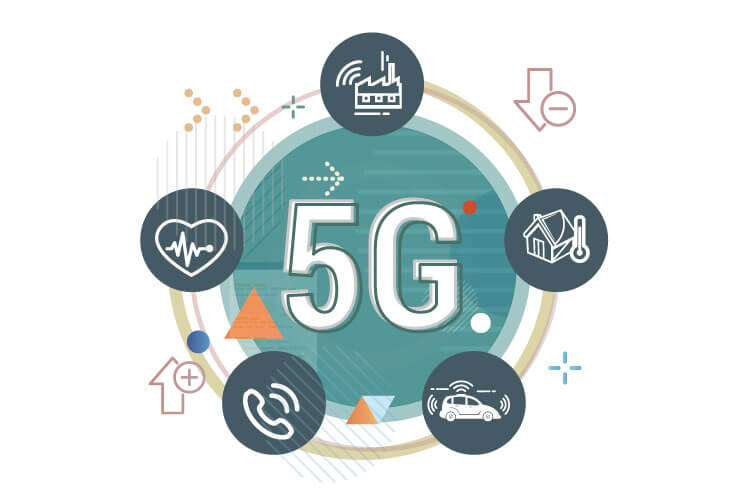 Every day it seems our technological advances are getting cooler and more futuristic. From self-driving cars to smart homes and AI, all of the cool things we used to see in the movies are coming to fruition and 5G is the reason for it.

5G is the next generation in wireless technology and far superior to the 4G LTE we’re used to. As we become more dependent on high-speed internet to power our world, wireless companies are working on 5G to keep up with the demand for constant connection. From our phones, home gadgets to the medicine and industrial sectors, the need for “always on” internet connections have never been greater.

With the all the buzz around this new technology, let’s discuss the performance and some exciting real-world applications that makes 5G so special.

5G Will Outperform 4G LTE in Both Speed and Latency

5G is special because it boasts a top-speed of 20 Gbps and that’s about twenty times faster than 4G. To put this in perspective, you’ll be able to download full-length HD movie in seconds whereas compared to 4G, it could take upwards of 40 minutes. Most customers won’t experience the 20 Gbps speed on an everyday basis, but will experience average speeds of at least 1 Gbps, which is still pretty impressive and much faster than our day-to-day 4G LTE speeds.

In regards to latency, 4G LTE can run you about an average speed of 40 milliseconds- which isn’t too shabby. The blink of an eye is roughly 100 milliseconds. But when compared to 5G’s one millisecond latency it doesn’t hold a candle to it! Average users will likely have a 10-millisecond latency, which is still vastly faster than what we’ve got on 4G LTE.

5G Isn’t Just About Your Smartphone

While we could go on and on about how much faster your phone will be, the excitement for 5G goes beyond that. Sure, you can stream live events with crystal clear picture and no lagging, download anything and everything to your heart’s content seamlessly- but 5G isn’t meant for just that.

5G is going to connect everything around you finally making the “Internet of Things” or IoT possible. Everything in your home, office and city will all be connected. The 5G implications are massive.

Telemedicine is going to be taken to the next level, and finally rural parts of America and the world will finally have access to better healthcare. Theoretically, 5G can power wearable or medical implanted devices that could provide life-saving data to doctors in real-time. Or doctors could perform robotic surgeries across the globe in areas where medical care is lacking. Dr. David Teece of UC Berkley’s Haas School of Business says, 5G will open the door to important developments in personalized anywhere, anytime medicine.” You can read more on how 5G will improve healthcare here.

Industry leaders have hailed 5G as the bringer of the “fourth industrial revolution” for its endless applications in the agriculture, commercial and industrial IoT. If you think of an entire factory relying on internet connection you’d be right to assume the network would be too bogged down to handle that many devices, all trying to work efficiently at once. Because 5G can handle massive amounts of bandwidth efficiently without sacrifice in performance, smart factories will become the new standard. Manufacturers can take advantage of 5G powered automation, artificial intelligence (AI), Internet of Things (IoT), logistics, warehousing and augmented reality (AR) for troubleshooting errors that either can’t be done by humans or fix problems more efficiently and faster- and so much more.

5G is a true catalyst for optimization and automation.

Hate sitting in traffic? 5G could make your commute much shorter while simultaneously improving the air quality. Through the use of connected traffic lights, signs, cars and other sensors, 5G can power the ability to monitor traffic in real-time and change lights to efficiently manage traffic flow. Less time spent on the road means less exhaust going into the air resulting in a better environment around us. You could also get notifications sent to your device with more accurate reports of current traffic conditions allowing you to make smarter driving decisions.

If you’re a remote employee or travel often, your travel time may be cut dramatically with amazing advances in virtual reality (VR) thanks to 5G. Currently VR doesn’t offer a very seamless experience and as amazing as it could be, 4G LTE can’t power what we want it to do because of the lack of supporting network. Because of 5G’s bandwidth improvements, 5G will vastly improve VR-driven experiences so employees could potentially hold meetings with people across the globe while all theoretically sitting in the same room.

If you’re a gamer, augmented reality (AR) based games will see massive improvements in the coming years. You’ve likely been frustrated by the bulky equipment, inefficient cloud solutions and drain on battery power. According to this article by Forbes, “AR is very data intensive –  one minute of AR will consume 33 times more traffic than one minute of 480p video.” 5G will optimize storage, battery and processing power into the cloud, allowing a more efficient gaming experience. Users will only need to wear a headset so you could game anytime, anywhere. Intel reports that AR games will make up more than 90% of 5G AR revenues in 2028.

As carriers work through the massive feat of deploying their 5G networks over the course of the next few years, it’s clear 5G is very exciting and it’s going to enhance and enable a world of applications and services than go far beyond just our smartphones. It’s still too early to get overly hyped over 5G, but one thing is for certain… it’s going to change just about everything.