Skip to content
5G Insider > FAQ > What’s the Difference Between 4G and 5G? 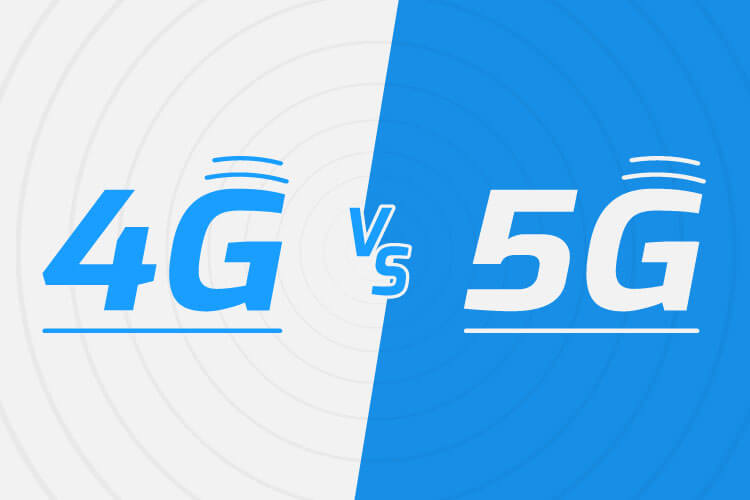 Fifth generation or “5G” is the new buzzword in the technology world and for good reason. 5G is the next big thing and is absolutely going to change the way you connect and interact with the world- and it’s not even here yet! 5G will be superior to 4G in every way due to its ultrafast speeds, low latency and better network capacity. What does this all mean? We’ll break down what the differences are between 4G and 5G and what it means for you.

It may seem obvious, but 5G is going to be undeniably faster than 4G. 5G is expected to deliver speeds up to 20 GB per second. How fast is that exactly? Well, 4G has a peak speed of 1Gbps. Let’s read that again, 5G will deliver minimum speeds of 20 Gbps, while 4G tops out at 1 Gbps. That’s almost twenty times faster than 4G.

So, what does this mean for 5G networks? Currently while on 4G when you’re live streaming an event or gaming, you’ve likely experienced buffering and disruption in your experience. It’s absolutely maddening and may be really frustrating! With the new 5G bandwidth capabilities, it will take less time for that signal to travel so you get lower latency levels. 5G is estimated to have a latency of one millisecond, while 4G has an average of 50 milliseconds. Because the networks will be able to handle more ‘commands,’ pages will load faster, games will stream better, you can Facetime without interruption, and you can say ‘so long’ to buffering! The reduction in latency also means improvement on newer technologies like self-driving cars since the data transfer to the cloud is quicker, resulting in faster reaction times. You would also see huge leaps in the world of VR and AR!

Let’s take a break from the tech talk for a second and pretend we’re at a football game. The stadium is packed with fans and there’s not an empty seat anywhere. You’re trying desperately to send a picture of your awesome seats near the field to your friends but your text just is not going out despite you having full signal. This is because the 4G infrastructure is maxed out and cannot support the number of devices connected to it efficiently. Because previous 2G, 3G & 4G networks operated on one spectrum band, 5G will operate using three – low-band spectrum, mid-band spectrum, and high-band spectrum.

Let’s get technical for a second…

Low-band spectrum is what most carriers operate on currently and is about sub 1GHz spectrum. While it still overs great coverage and reach, it’s become over-saturated and peak data speeds will only top at about 1000 Mbps.

Mid-band spectrum is a step above low-band and provides faster speeds and lower latency. The issue with mid-band spectrum is that it has a difficult time penetrating through walls and structures, as does low-band spectrum. However, you can expect peak speeds of 1 Gbps- which is dramatically faster than low-band. Carriers, like Sprint/T-Mobile, will use Massive MIMO to improve penetration and coverage on mid-band areas. Massive MIMO is antennas grouped together at a single cell tower to provide improved spectrum efficiency and throughput. Beamforming (limits signal disruption to efficiently aim transmissions) is going to be used to improve on mid-band service on 5G networks.

High-band spectrum is what comes top-of-mind when you think of a 5G network. High-band spectrum can deliver average speeds of 10 Gbps with a very low latency, however like mid-band spectrum there are issues with signal penetration and coverage. Carriers like Verizon and AT&T are going to use existing LTE networks while building out their new networks. These carriers will utilize small cells, which are low-power based stations that cover smaller areas to deliver their new network capabilities. Small cells combined with beamforming will deliver fast coverage with low latency.

5G isn’t going to take away anything that you’re currently doing on your devices, it’s only going to enhance your experience and make everything that much better. It’s going to change the way you interact with the world around you in every way. 5G isn’t just the latest buzzword in tech, it’s going to deliver higher speeds, less latency and improved data capacity. So, get ready to put 4G in the past and look to the future with 5G.