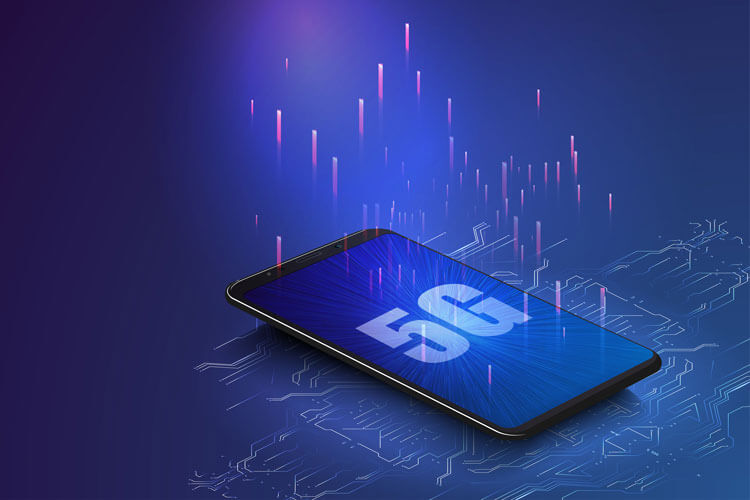 Many people know what 5G is and its benefits, but there’s still a lack of knowledge as to what consumers and businesses can expect. To understand what 5G can do and the new possibilities 5G presents, we must first understand what 5G is but also what it isn’t. 5G is the fifth-generation wireless network. Among 5G’s vast set of capabilities, the new fast wireless network can combine multiple frequencies, prioritize specific signals, and issue high bandwidth network speeds to deliver high-speed connection with low latency. With the evolution of the internet of things devices (IoT) and Industry 4.0, the public is relying heavily on 5G’s promise of high speeds and data processing.

The key players in the 5G mobile space are currently AT&T and Verizon as they have both their 5G networks. Both are producing speeds in the 500-800 megabits range while T-Mobile and Sprint are around the 300’s. Although we’re judging AT&T and T-Mobile solely on speed, we have to think outside the box and look at things a different way. We have to understand the capabilities of each frequency and how they were built. Lower frequencies travel further but can’t hold much data, whereas high-frequency signals cannot travel far but can carry more data. Knowing how each carrier built their network will let you know what kind of data capability and signal distance you can expect.

Verizon and AT&T are using the high band signals, which are around 28GHz and 39GHz, and Sprint and T-Mobile are using the mid-band resulting in them being in the 600-700 MHz and 205GHz range. Sprint and T-Moblie have the right idea using low-band frequencies that can travel through buildings and trees, they increase their coverage. A test conducted in sports stadiums showed coverage dropped for people due to obstructions in the stadium.

Although a carrier may be using the same frequency range as other 5G providers, doesn’t mean the technology is actual 5G. Smaller wireless companies using 802.11 standard and millimeter-wave have started to refer to themselves as 5G providers. This is very misleading to the public that thinks they are reviving 5G speeds when in fact, they’re not. They’re only trying to boost sales and gain media attention that already exists for the fifth-generation network. So, who does 5G help?

Carriers are gaining big time with the rollout of 5G because the current 4G network is bogged down in overpopulated areas resulting in consumers seeing slower speeds. Carriers can sell more phones and better data plans to keep up with needs 5G will bring.

What It Means For Businesses

5G is predicted to not be as impactful on businesses, especially when it comes to internet needs because companies will still be using signals that have an unknown number of people using the same signal. Unless your business has internet access that is specific to them, the speed and quality will still be the same.

Urban markets will experience the benefits of 5G implementation. Although technically, you don’t need to have 5G to watch Netflix or do much of anything on your phone. 4G currently provides users with more than enough bandwidth. Plus, consumers will still need to buy a phone that is 5G capable, which isn’t cheap.

Coverage is the massive thing as 5G coverage will be spotty depending upon your location and carrier. Many people would rather have improved 4G coverage as opposed to a new network that may or may not be available to them due to their device, location, and carrier.

Due to Sprint and T-Mobile utilizing low band frequencies, it is predicted that they will be the ones to close any gaps AT&T and Verizon may not be able to as they would be better contenders in rural areas. Google may also change the game by releasing the new Google Pixel. This new device collects three carriers to give the user uninterrupted coverage. This could the new phones work better for people DISH is also hoping to enter the battle for 5G using their mid-band spectrum. Although they are fighting a legal battle as they try to get their 12GHz signal converted to 5G.

Does 5G Solve All Our Problems?

A new network won’t be able to solve all our problems, and we would be naive to think otherwise. Technology has come a long way, but it still has a lot further to go in terms of evolution. The FCC is currently looking to rural areas to turn fixed, and fiber wireless to 5G, so rural areas can benefit from the newest network as well. Until then, 5G won’t be accessible everywhere, thus contributing more to the existing digital divide.