Skip to content
5G Insider > FAQ > Will 5G Be Available in Rural America? 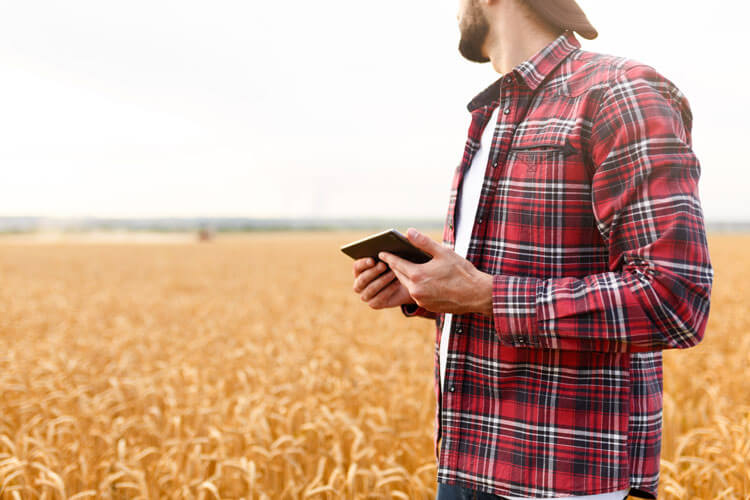 5G wireless technology is finally starting to deploy nationwide and users couldn’t be more excited to start using the highly anticipated 5G speeds and low latency. 5G has everyone buzzing because 5G can deliver up to peak speeds of 20 Gbps with a one millisecond latency. When compared to the 4G you’ve grown to know over the past decade, it’s about twenty times faster. One of the most exciting things about 5G isn’t just about performance, 5G will help bridge the tech gap in rural America and bring a much-needed internet overhaul. 5G won’t work the same in the rural parts as it would in a metro area, but it will still be available- just a bit differently.

This is why 5G coverage has mostly been focused in metro areas, because it’s easier to build small cells in dense urban cities, rather than the vast landscape of rural America. T-Mobile however, has taken a different approach by focusing on overhauling their current infrastructure to start building and deploying their 5G network on the low and mid-band spectrum. Both the low and mid-band spectrum can carry the 5G performance, although they won’t be the fastest 5G has to offer, the frequencies on those bands can travel far distances, making it the perfect solution for boosting rural America’s internet connection speeds.

5G won’t be totally out of the rural world, but it will just work a bit differently there. 5G is hailed as the bringer of the next industrial revolution and will bring big changes to rural America. 5G will enable Internet of Things (IoT) and other smart applications that will change farming and agriculture.

While all the applications of 5G in farming communities remain somewhat unknown because they haven’t been invented yet. Some examples can include advances in smart farming, like drones that can monitor crops and livestock and send back real-time data to farmers. Sensors added to the soil to monitor the levels for smarter decision making, or sensors added to the livestock to keep tabs on the health and happiness of farmer’s animals. With the current internet connection in rural America, applications like this aren’t a reality because for smarter applications, there needs to be a stable and fast internet connection that can collect and send data in real-time. 5G will make this possible!

As it stands, internet options for rural America aren’t plentiful, and most rely on limited 4G, spotty satellite or DSL connections. 5G will help with this. Carriers will be utilizing the low and mid-band spectrums to deploy 5G coverage in rural areas, because the signal can travel far distances while still mainlining a strong and fast performance. Most rural Americans won’t see the ultra-fast speeds that 5G is promised to deliver, but they will see a huge bump in performance, some estimating a 35% increase speeds and a dramatic drop in latency.

T-Mobile recently launched their 5G network nationwide- covering large parts of rural America. Blanketed coverage in rural parts is still in the far future, but with the T-Mobile launch it’s a definite start to newer tech finally reaching parts of the U.S. where internet connection lacks, and people have been demanding better internet service.

Carriers still have a long way to go to building out their 5G networks. 5G is going to be a massive infrastructure overhaul of all their current equipment, costing carriers a pretty penny to get done. In addition to a network overhaul, they’ll also have to continue to build out new towers and small cells to maintain the 5G performance.

5G will be coming to rural America sooner rather than later, but it’s safe to say that the applications 5G will bring to the farming and agriculture world will boost the drive to get it done faster. The FCC has also been harsh on carriers to provide better internet to rural Americans. 5G will be available in rural America, so cheers to that!