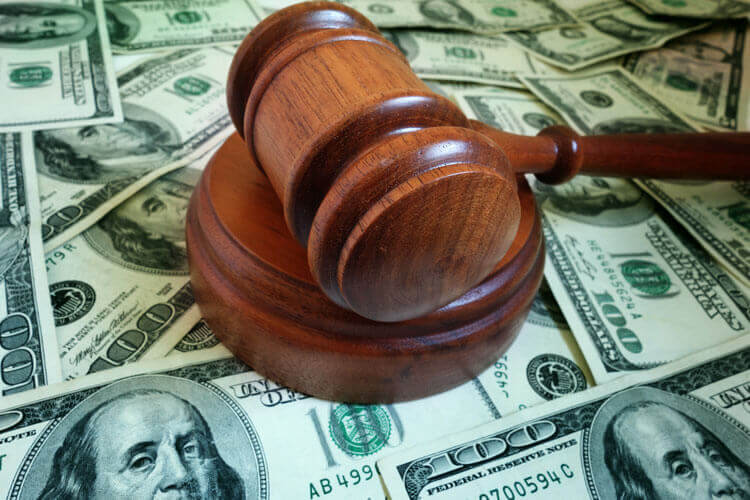 As of late, T-Mobile and DISH Wireless have not been seeing eye to eye. Major disputes are surrounding whether or not Boost Mobile customers will be affected by T-Mobile’s plans to shut down its CDMA network that is so polarizing, even the founder of Boost Mobile felt the need to weigh in. This would lead to DISH Wireless requesting that the California Public Utilities Commission (CPUC) revisit the terms laid out that would ultimately lead to a merger between T-Mobile and Sprint thus facilitating the sale of Boost Mobile to DISH Wireless. Now, the two companies are at it again, this time, at odds over the use of 12 GHz in 5G.

The issue at hand is because T-Mobile wants the FCC to host a spectrum auction for the rights to 12 GHz, but there is a caveat: it doesn’t want to do so if it means DISH Wireless receives an “undeserved windfall” of the spectrum. This is because DISH Network already has the rights to the 12 GHz band for multichannel video and data distribution service (MVDDS). Now that DISH is in the wireless space, the company is looking to have the FCC change the rules of 12 GHz to allow for two-way 5G wireless communication. Since launching DISH Wireless has made the company a direct competitor to T-Mobile, it makes sense that the “Un-carrier” is looking for the opportunity to enter the 12 GHz band space seeing as DISH Wireless would dominate it should the rules change.

DISH is of course opposed to another auction because it already paid via auction for the rights to use 12 GHz and won mightily. Even as the company uses the spectrum for its direct broadcast satellite (DBS) for its pay-TV subscribers, it is sharing it with non-geostationary satellite orbit (NGSO) services. But regardless, T-Mobile persists and points to the fact that for the C-band spectrum, the commission chose the auction route after the FCC rejected various scenarios to allow incumbent fixed satellite licensees to be “the sole conveyors of newly-created flexible use rights in the band.”

“Not only has the Commission recently rejected that approach, but it would essentially provide MVDDS licensees with an undeserved windfall,” said T-Mobile to the FCC. The telecommunications giant is looking to have the FCC push MVDDS operations out of 12 GHz and move them elsewhere. If the commission determines that the 12.5 GHz band can be shared between terrestrial mobile and satellite operations, it should designate the terrestrial use of the band for mobile use only and no longer preserve the band for MVDDS operations,” said the Un-carrier. “…it should relocate the few MVDDS licensees that have actively deployed their spectrum to other bands,” it added.

There has been a lot of demand lately for the 12 GHz band spectrum for 5G use. As we see more and more 5G capabilities popping up each day, everyone is looking to gain access to a higher spectrum to deliver mmWave 5G, the highest band of 5G, to their subscribers. Here is where consumers can expect to see the best of what 5G has to offer including download speeds surpassing even many modern wired connections. This is also why 12 GHz is not the only spectrum band T-Mobile is interested in starting a conversation about with the FCC.

T-Mobile is urging the FCC to also look at the capabilities of both the 13 GHz and 17 GHz bands. Another piece of the puzzle is that SpaceX, the innovative space company from Elon Musk, opposes the use of 12 GHz for 5G. The plan is to have Starlink, its satellite Internet service, deliver the Internet using the band of spectrum. So far, the FCC is allowing SpaceX to use the spectrum but because of the potential change in rules, the commission has warned SpaceX that it will have to continue its operations “at its own risk.”

All in all, the FCC has a lot to contend with within the 12 GHz and higher realm. Demand is growing for more 5G usage and even DISH Wireless is beginning its journey with substantial steps taken now that it has unleashed 5G with the help of Amazon Web Services (AWS) earlier in 2021. The issue will need some form of resolution sooner than later as companies look to co-exist without losing a competitive advantage. RS Access is the second-largest holder of MVDDS licenses and has stated that it could be possible to share between NGSO constellations and mobile services. The company submitted two reports into the record showing how to create a balance and T-Mobile is looking to these findings as possible proof that NGSO constellations and mobile services could share.

“We were pleased to work with RKF Engineering on their coexistence study, which is apparently the only technical showing placed in the record so far,” said the Co-Founder and CEO of RS Access, V. Noah Campbell. Both reports, the technical analysis from RFK Engineering Solutions and the economic analysis by The Brattle Group, were presented to the FCC as a Notice of Proposed Rulemaking (NPRM) with the first comments coming May 7, 2021. Early June 2021 is when the next round is expected to take place.