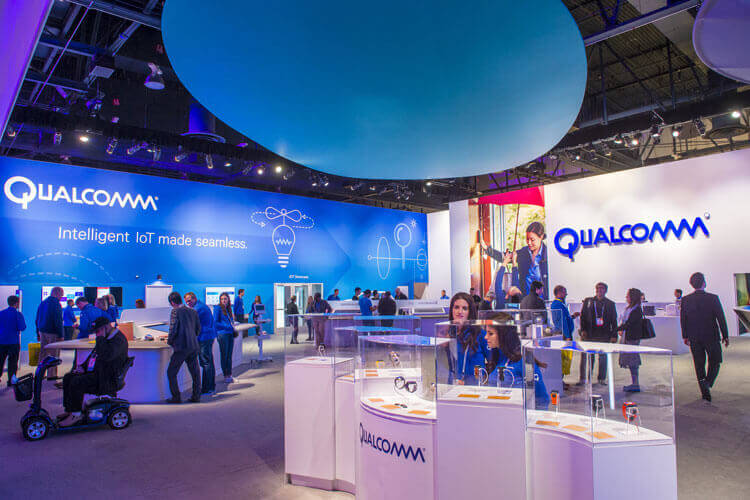 The future of connectivity is faster, more widespread, and allows for new lines of communication. Qualcomm recognizes this trend and is embracing the newest generation of wireless as a way to broaden its reach to a more diverse lineup of devices.

“We now stand at a decade of opportunity for us all. We’ve watched industries and enterprises accelerate their digital transformation efforts, with an ever-increasing number of intelligent edge devices connected to the cloud. This is the trend that will drive the next wave of global innovation and where 5G will play a pivotal role,” said Qualcomm CEO and President, Cristiano Amon.

There is a continual focus on cloud computing to help accelerate 5G and elevate its offerings. DISH Wireless made headlines for teaming up with Amazon Web Services (AWS) to deliver its 5G network through a public cloud offered by AWS in Vegas earlier this year. Similarly, AT&T announced that it would be moving its 5G network to Microsoft’s Azure cloud services. Amon mentioned the fact that 5G moving to the cloud would help a wide range of industries including the Internet of Things (IoT) in commercial use and the automotive industry.

“Think about what’s possible when people and machines can reliably connect to the cloud 100% of the time, or what’s possible for AI when billions of intelligent devices are connected at the edge, providing contextual and real-time information to the cloud,” said Amon.

The IoT and machine-to-machine (M2M) markets are growing because 5G is empowering them to do more. Devices are completing more and more complicated tasks while needing less and less human interaction. Automated processes and the ability to make better judgments and adjustments through artificial intelligence (AI) and machine learning (ML) mean that devices connected to 5G can communicate in real-time to get more done.

“Qualcomm is really executing on the opportunity for our technology to go beyond mobile,” said Amon. “We are this intelligent connected edge that is sending data and interacting with applications hosted in the cloud. It’s an incredible opportunity for us and that’s how we’re going to continue diversifying the company in addition to mobile.”

Scalability is a key feature 5G networks will need to help connect users like never before. Amon acknowledged this as well as the need for 5G networks to be capable of adapting to the ever-changing needs of users. Qualcomm continues to provide viable solutions for 5G networks such as its scalable 5G RAN platforms, as the company focuses on the network infrastructure market. The platforms support cloud-native virtualized gear including small cells to massive MIMO and everything in between.

Qualcomm’s FSM200 platform is for small cells and is the first 3GPP Release 16 5G Open RAN platform in the industry. Using both mmWave and sub-6 GHz bands of spectrum the component supports speeds up to 8 Gbps and is around 50% smaller than previous models. “With Release 16 we’re enabling 5G to expand from mobile broadband to new devices, services, and industrial and enterprise settings,” said Amon.

Faster speeds are supporting faster solutions as companies move further into virtualization as their approach for delivering 5G. Qualcomm also released an accelerator card that will plug into Common off the Shelf (COTS) servers and migrate server CPUs away from latency-sensitive 5G baseland functions that require a heavy amount of computing. While the radio unit (RU) is a physical component, the base station’s distributed units (DUs) are completely virtualized. The DUs run on a general-purpose server using a PCIe card that plugs into the data center. Shifting into a more virtualized-centric approach is causing major U.S. operators to seek new methods of purchasing.

“They’re buying the servers from server companies and they’re asking the traditional vendors to provide the virtualized DU (distributed unit), just software, and Qualcomm is going to make that picture exist by providing a baseband in a PCIe card that connects directly to the server which is the virtual DU,” Amon said, being sure to mention that he was delighted with these arrangements.