Skip to content
5G Insider > Uncategorized > A Full-Scale Smart City is Coming to the D.C. Area From AT&T 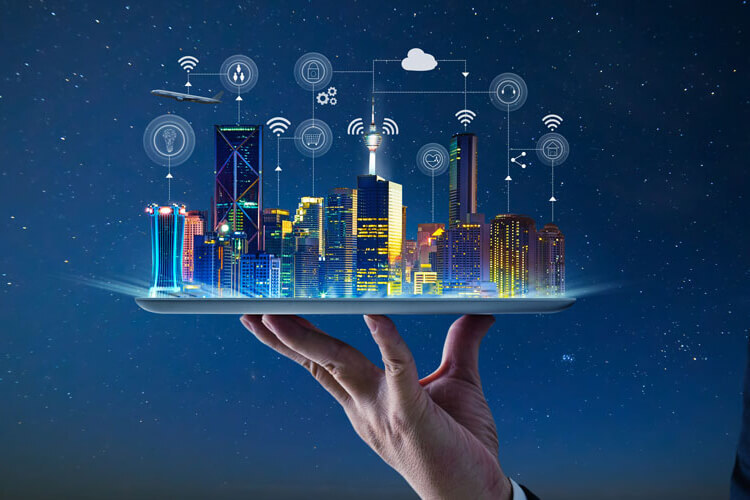 The wireless giant will be working with a D.C.-based real estate development firm to complete the project.

A letter of intent to create the first smart city to scale the United States was signed by AT&T with JBG Smith, a real estate firm. Using 5G, the smart city will be built in National Landing—a collection of three predominant neighborhoods, Crystal City, Pentagon City, and Potomac Yard—in Washington D.C. The area is known for being home to Amazon’s second headquarters.

“Together with JBG Smith, we intend to build a true smart city from the ground up that will allow future innovators to use AT&T’s network to unlock new capabilities through city-wide edge solutions that can serve specific business locations and everyday users at home or on the go. This includes enabling immersive virtual and augmented reality and the massive IoT connections that will become a hallmark of National Landing as the most connected city in the country,” said the head of AT&T’s Network Infrastructure Build, Mo Katibeh through a statement.

AT&T is planning to use multiple bands of the 5G spectrum to provide maximum coverage for the smart city being planned. This includes the sub-6 GHz and mmWave 5G spectrum. The deployment will begin in the second half of 2022 and continue to expand as the community does. JBG Smith has a sizable amount of property in the area as the developer for National Landing. Its portfolio includes a multitude of mix-use properties which come out to 6.8 million square feet of office space, 2,856 residential units, and future properties, which equate to 7.2 million square feet of additional space. Future developments already have 808 units under construction and are mix-use properties that may be developed into commercial, multi-family, and retail properties.

Smart cities are a future that 5G is looking to provide. There are many different aspects including smart infrastructure which uses the Internet of Things (IoT) to communicate with a range of devices, a versatile spectrum that provides comprehensive coverage using multiple spectrum bands, privatized 5G networks through network slicing, and more. These features are capable because of 5G’s increase in speed, capacity, and lower levels of latency. Combined, this will help 5G revolutionize the way humans and machines interact with the things around us. AT&T is looking to lead the way with specific focuses on autonomous vehicles and building features, environmental sustainability, and immersive retail and entertainment.

Everything from street furniture to devices mounted on buildings to underground devices will help cover Arlington and Alexandria, Virginia, with the various levels of the 5G spectrum. While AT&T is claiming that the smart city will feature 5G with local compute edges, it is yet to list any vendors that will assist on the project. AT&T recently declared that it would help Google Cloud develop products for 5G edge computing, and is using Microsoft Azure’s cloud capabilities to host its 5G network. However, Amazon Web Services (AWS) has already helped both DISH Wireless and Verizon for both cloud and edge services. JBG Smith is helping Amazon create its second headquarters in the neighborhood known as H2Q, and the Internet conglomerate will look to hire nearly 2,000 workers.

Another development that factors into the smart city is the $1 billion Innovation Campus that JBG Smith is in charge of for Virginia Tech. The walkability to major institutions including Amazon, Boeing’s East Coast headquarters, Reagan National Airport, and Virginia Tech will benefit the smart city and surrounding areas. The placement of the smart city is being used to attract innovative parties.

“The goal of this collaboration with AT&T is to further enhance National Landing and create the only neighborhood that provides entrepreneurs, universities, and global technology companies the digital infrastructure necessary to shape the future of their industries,” said the CEO of JBG Smith, Matt Kelly. “We want to equip innovators with the foundational amenities to revolutionize the way they work, giving them an edge above their competition and the confidence to choose National Landing as their home to ideate and innovate locally, and scale globally,” Kelly continued.