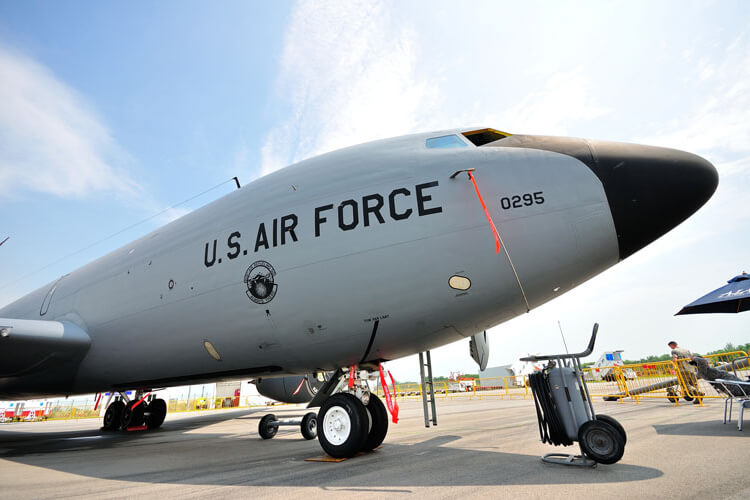 Three air bases across the United States will be gaining the power of 5G by the end of 2020 thanks to AT&T.

The military is gaining yet another boost in its wireless capabilities as AT&T is bringing its 5G network and commercial networking-as-a-service to the Air Force. Buckley Air Force Base (Aurora, Colorado), Joint Base Elmendorf-Richardson (Anchorage, Alaska), and Offutt Air Force Base (Bellevue, Nebraska) are the recipients of the networks that have already begun the design process and are slated to be pushed live before the start of 2021.

AT&T’s network will have quite the responsibility on its hands as they power over 24,000 military personnel, drones, robots, and a variety of other functions. Even non-traditional devices may come into play as the military requires more and more functionality in the Internet of Things (IoT) space. 5G is offering faster speeds without the same amount of latency other wireless networks currently have and with these capabilities comes an outpouring of new possibilities.

The Air Force will be using many of these possibilities including advancements in augmented reality (AR) and virtual reality (VR) for improved training, higher levels of artificial intelligence (AI) and data transfers, smoother logistics, and much more. “We think it is vital to test commercially provided services like 5G and software-based networking-as-a-service capabilities as we explore ways to help us innovate and improve our global air, space, and cyber readiness,” said the deputy for the enterprise IT and cyberinfrastructure division of the U.S. Air Force, Col. Justin K. Collins, “We expect 5G service will help us improve the user experience and support a broad array of use cases that can enhance mission effectiveness.”

While a welcomed sight for the Air Force, this is not the first time the military has dipped its toe in the pool of 5G wireless. Earlier this year we saw Verizon team up with the Marines to bring a better network and collaborative and experimental capabilities for one of its bases. The creation of the U.S. Space Force itself is partly a direct result of America’s need to protect 5G networks and other forms of communication.

For the Department of Defense (DoD), this is the next logical step as it continues to improve communications and bring its capabilities to use more modern technology. Even the Pentagon has released an RFI to gain information on operating domestic 5G networks of its own and use Dynamic Spectrum Sharing, a key component of making 5G networks work efficiently, to improve American interests in 5G. The DoD also has several sites with more coming to test how it can use 5G throughout the military and improve its wireless capabilities. With AT&T continuing its commitment to improving the networks and safety services through its FirstNet division to other airbases, it looks like the pioneer of telecommunications is carving a notable space in the military as a 5G provider.